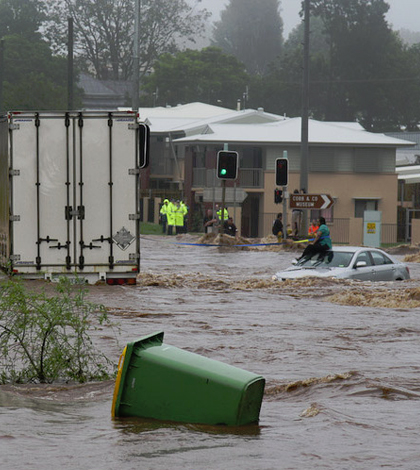 During the summer of 2010 to 2011, the Australian state of Queensland experienced severe flooding events despite the fact that the cyclone season was considered normal. In a release, researchers at Woods Hole Oceanographic Institution indicate that the warming of the Indian and Pacific Oceans intensified the La Niña event in Australia, causing the unusually severe floods. The high waters killed 35 people, flooded 28,000 homes and caused $2.38 billion in damage.

Numerical studies indicated that, in the case where an ocean warming trend exists, as it did in 2010 to 2011 in Australia, the area was three times as likely to experience heavy La Niña rainfall leading to severe flooding. The numerical study case of La Niña without the ocean warming trend did not show the same extreme rainfall.

The 2010 to 2011 summer season saw a rainfall 84 percent higher than average and the highest soil moisture level since 1950. Sea surface temperatures around Australia have risen 0.5 degrees Celsius in the past 60 years.