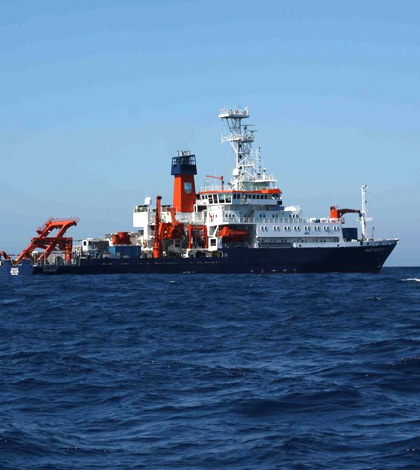 Bottom trawling is a common commercial fishing practice that relies on dragging heavy nets, large metal doors and chains over the seafloor to catch fish. This practice has been studied on the local scale but has rarely been quantified for its effects worldwide.

Trawling destroys a great deal of the natural seafloor habitat by raking across the seabed. All of the bottom-dwelling plants and animals are affected, if not outright destroyed by tearing up root systems or animal burrows.

By resuspending bottom sediment, nutrient levels in the surrounding water column and indeed the entire chemistry of the water is changed. Resuspended sediment can lower light levels in the water, and reduce photosynthesis in ocean-dwelling plants, the foundation of the food web.

The resuspended sediment is carried elsewhere by currents, and often lost from the local ecosystem. It may be deposited elsewhere along the continental shelf or, in many cases, permanently lost from the shelf to deeper waters.

But the effects of the sediment removal are different for the types of seabed out there, including sand, silt or mud. The destruction of each has varying consequences ecologically. Changing parts of the seafloor from soft mud to bare rock can eliminate the creatures that live in the sediment. Species diversity and habitat complexity are directly affected by changing the physical environment of sand, mud or rock that results from trawling.

Researchers at the U.S. Geological Survey and Woods Hole Oceanographic Institution have assessed the broader impacts of bottom trawling in the world’s oceans for the first time in a scientific investigation that has spawned two peer-reviewed articles.

The scientists came up with a way to calculate how much of the ocean bed is stirred up by bottom trawling. This first-such calculation shows that the sediment mass whipped up is about the same amount of all sediment deposited on the world’s continental shelves by rivers each year — almost 22 gigatons.

As part of the study, scientists developed a new, universal approach to calculate bottom-trawling-induced sediment resuspension that gives marine management a new and important tool to assess the impacts from bottom trawling. Their approach mostly relied on combining datasets on the occurrence of bottom trawling with sedimentary and geochemical datasets to identify disturbance and mixing of sediments.

Scientists say that their methods made it possible to show a range of bottom-trawling-induced changes to the seabed and classify them in accordance with how often the seabed was disturbed by trawlers.

The global calculations were surprising to the researchers, who claim to have re-calculated them 10 times to make sure the figures were accurate. Still more startling, however, are their implications for global fisheries and ocean ecosystems.

The results raise a lot of concerns about the future stability of continental shelves, which are the source of most of the fish humans consume, researchers say. They liken the way bottom trawlers affect continental shelves to being like if a farmer just kept plowing all his topsoil until it washed away.

Most of the data for the effort come from scientific cruises of the Research Vessel METEOR from Germany to the offshore area northwest of the Iberian peninsula with a team of international scientists. During the cruises, scientists conducted sidescan-sonar surveys and collected bottom current data. Laser sediment particle samplers and a remotely-operated submersible vessel were also used. After the cruises, lab work involving lead-isotope dating and sediment grain-size analysis, and the development of a sediment mobilization model, contributed to the study’s conclusions.

Two research papers coming out of the study’s efforts are published in the Journal of Marine Systems.