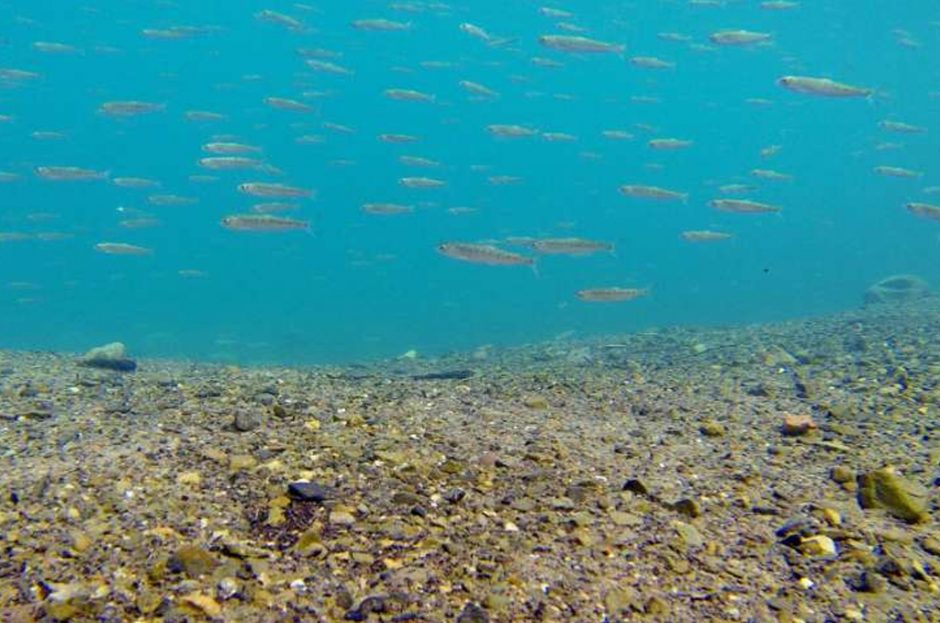 Scientists at the University of British Columbia have confirmed that juvenile salmon use safety in numbers when they travel in groups with other young salmon. The find is somewhat expected, but may help in managing the fish’s populations in the province.

The discovery was made using tracking tags surgically implanted into thousands of juvenile salmon. When the young fish left Chilko Lake on their migrations, researchers at the university tracked their locations by using acoustic receivers placed strategically along the riverbed.

On average, 10 to 40 million smolts leave Chilko Lake every year and only about 1.5 million return as adults two years later. It has always been a mystery, scientists say, as to what happens to the fish in between their leaving and arriving.

Researchers from the Pacific Salmon Ecology and Conservation Laboratory at U. of British Columbia followed the migration of one of the largest sockeye populations from Chilko Lake, in the province’s Cariboo region, to the ocean. Each spring, juvenile salmon known as smolts leave the central B.C. lake and migrate downstream through the Chilko, Chilcotin and Fraser rivers and into the Salish Sea. As the smolts made the 1,000-kilometers (620 miles) journey to the Pacific Ocean, acoustic receivers picked up the signals from the tags to monitor how many fish survived the migration. More than 2,000 salmon were tracked over four years and researchers found that survival was poor in the clear and slow-moving Chilko River, where predators were feeding intensely on the smolts.

But once in the murky and fast-flowing Fraser River, the salmon traveled day and night, covering up to 220 kilometers (137 miles) per day and experienced nearly 100 percent survival. The researchers believe that in these waters, predators have difficulties finding and getting to the fish.

In a follow-up study, researchers found that juvenile salmon were more likely to survive the perilous days in the Chilko River if they traveled with lots of other fish. Survival was as low as 40 percent for salmon that left the lake in small numbers compared to times of peak migration where survival rates increased to more than 90 percent.

The results confirm the old adage that there is safety in numbers and that salmon use this strategy, known as predator swamping, to avoid predators early in life. Scientists believe the findings will help fisheries managers better understand why numbers of adult salmon returning to spawn may be so low in some years.

Results of both works are published in two articles in Ecological Applications and the Journal of Animal Ecology.