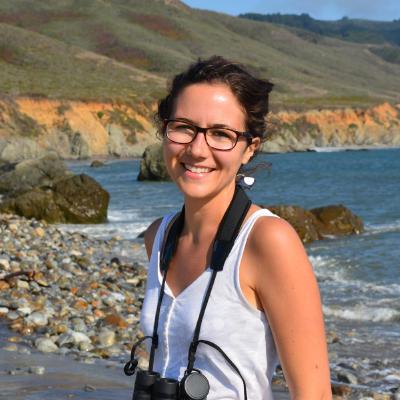 Researchers today are turning to the community more often in their work to make use of citizen scientists, dedicated volunteers in the community who want to get involved in scientific research. Two recent examples from Michigan, the Oakland County Healthy Lake Initiative and a study concerning botulism deaths of waterfowl on Lake Michigan, prove how effective these collaborations can be.

Dr. Paul Steen, a watershed ecologist with the Huron River Watershed Council, administers the Oakland County Healthy Lake Initiative as program manager of the Michigan Clean Water Corps (MiCorps). MiCorps is a state-wide program run by the Michigan Department of Environmental Quality that focuses on volunteer monitoring of water quality in streams and lakes.

“This program has existed since 1974, so it has a long history!” Dr. Steen comments. “We don’t have any original volunteers anymore, but up to just a couple of years ago we did, a man who had done the monitoring on his lake for about 35 years total. He finally retired once he was in his 80s.”

The program trains county residents with access to boats, and provides them with equipment to monitor lake water quality. The latest class of volunteers will be ready to monitor water quality this summer from mid-May through mid-September, sampling the water and surveying aquatic invasive species.

Although the program has existed for some time, the Oakland County project is the first example of a county sponsoring the program so it is free to their residents.

“The program has been successful, turning citizens into lake stewards and collecting valuable data that realistically the State would not have if they were only relying on their own staff,” Dr. Steen explains. “We are very excited by the initiative shown by the Oakland County Board of Commissioners and hope they can serve as a model for other counties to follow.”

Participants receive training that is unobtrusive; over the course of a few hours they learn about invasive aquatic plants as experts and experienced volunteers show them how to collect samples in the field. They learn to follow a sampling protocol similar to one that scientists would be following, modified only for safety or practicality as needed.

“Participants collect water transparency data by using a Secchi disk, a water quality tool that has existed for a couple hundred years,” details Dr. Steen. “It is the same as that used by water scientists everywhere. The volunteers also collect water samples for phosphorus testing, which is done by professionals in the DEQ Water Lab in Lansing. Normally when water samples are taken for this, acid is added to stabilize the sample. We don’t have our volunteers use acid. Rather, they freeze the water samples and the frozen samples get shipped to the lab.”

Volunteers collect plants with their own sampling rakes for the invasive plant surveys, tools that are made by attaching two ends of a steel rake back-to-back.

“They throw the rake in the water along pre-mapped transects in the lake and pull out the plants, and identify them,” explains Dr. Steen. “This is really the same way that professional scientists would do it. Nothing beats a rake for pulling out plants.” The major environmental challenges the area is facing vary from lake to lake, although there are some common themes. Invasive plants are often a major concern.

“Lake Associations may be paying thousands of dollars a year to keep [invasive plant species] out,” Dr. Steen remarks. “Some plants cover a lake and choke out native plants and fish habitat. It can make swimming and boating impossible or at least very unenjoyable. Many Oakland Lakes have plant problems.”

Nutrient problems are also an issue for many lakes. Nutrient issues cause excessive algae growth, among other problems.

“This is why we monitor for transparency and phosphorus,” Dr. Steen states. “This monitoring must be long-term, because we are interested in seeing over a long stretch of time how a lake is changing, and if things are becoming more nutrient rich over time we want residents to change their land use behaviors before the lake starts to experience algae blooms.”

2018 will see Oakland’s volunteers out in the community with the support of the county and the experts from the program backing them up. Dr. Steen and other stakeholders are excited about the possibilities.

“If anyone lives on a lake with a boat, or has access to a lake and a boat, they should join this program,” he adds. “The time commitment is quite small, and it can make a big difference. How can you make decisions about your lake if you don’t have any water quality information on it?”

New research connects spikes in botulism deaths of waterfowl on Lake Michigan to climate change. The project that led up to this report also made good use of volunteers participating in a USGS citizen science program called AMBLE (Avian Monitoring Botulism Lakeshore Events), that monitors bird health and beach conditions along the shore of Lake Michigan. Lead author Karine Princé, a postdoctoral research associate at the National Museum of Natural History in Paris, worked on this project with research leader Benjamin Zuckerberg, a University of Wisconsin-Madison professor in the Department of Forest and Wildlife Ecology.

The project deployed citizen scientists on the Lake Michigan shoreline after training and equipping them.

Participants walk their designated beach sections from June through November, recording their observations on their AMBLE data sheets. They are looking for bird carcasses on the beach, and also counting live birds, including waterbirds, nearshore birds, and birds of prey, that they observe in the air, in the water, and on the beach. “We ask volunteers to record detailed observations of dead and sick birds, including their species, the number of dead or sick, and the symptoms of sick birds, as notes on their data sheet,” Dr. Princé describes. “Dead carcasses are to be either buried when they’re too old for testing—only if possible, and with all safety precautions observed—or collected, for fresh carcasses, and sent to the nearest USGS National Wildlife Health Center for further testing.”

The researchers have concluded that algae and warm waters, which are both becoming more frequent over time with climate change, tend to precede spikes in bird deaths from botulism. This is probably because they are both factors that promote the growth of bacteria such as Clostridium botulinum and related species that produce botulinum, the toxin that causes botulism. Birds usually contract botulism just like their human neighbors do: by eating food tainted with bacteria that produce botulinum. Because it is a neurotoxic protein, botulinum can cause paralysis and death; in waterfowl, death is typically by drowning.

“Given our findings and the ongoing climate changes, avian botulism outbreaks may become more frequent, and potentially more intense,” adds Dr. Princé. “From what I know, efficient monitoring and carcass removal are among the best strategies for now.”

In an ‘applied ecology context,’ the study reveals a local synchrony in carcass detection, meaning that within a roughly 40-kilometer (25-mile) radius, die-offs were synchronized from one location to another. This is important information for AMBLE program leaders, observers, and managers of parks and wildlife areas, because it assists them in coordinating efforts with fewer participants, improving efficiency. The synchrony may also allow scientists to predict when outbreaks are likely based on environmental conditions. During those periods, teams can focus more on detecting carcasses and carcass removal along the lakeshore.

“We are very thankful to the volunteer citizens who collected those data,” Dr. Princé comments. “Without them we wouldn’t have been able to show what we’ve shown. For that, citizen science programs are very important to us as scientists as they help us to gather data at large spatial and temporal scales that we couldn’t get on our own with a classic research experiment.”