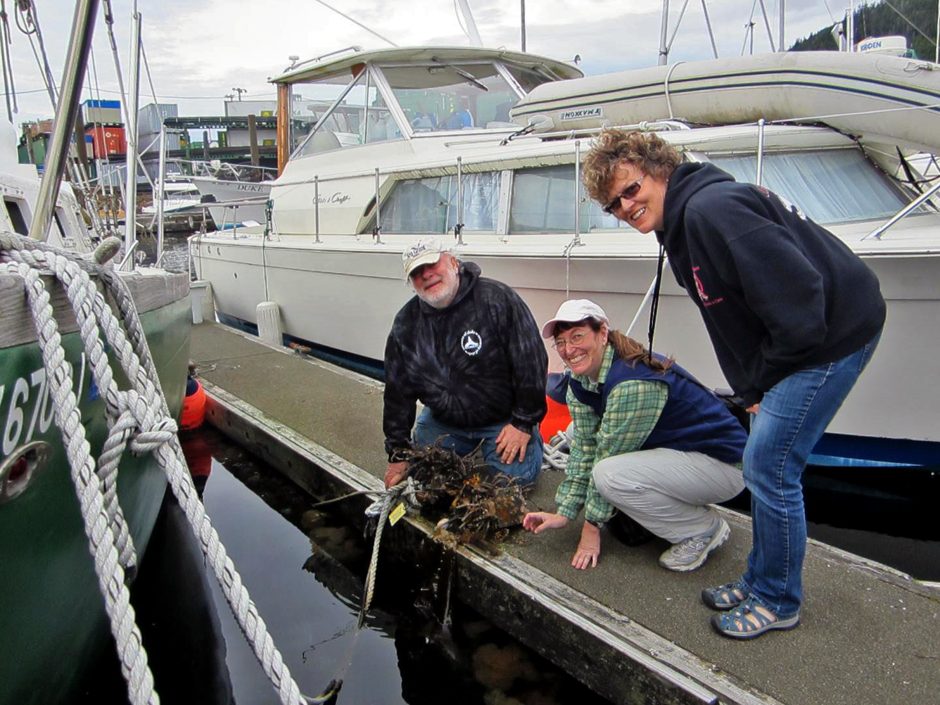 Alaska is known for its relatively untouched aquatic ecosystem. In fact, thus far the state has experienced fewer invasive marine species than any other state, but thanks to a tiny, tenacious invertebrate, Bugula neritina, that may soon change. Scientists from the Smithsonian Environmental Research Center (SERC) and Temple University are now teaming up with citizen scientists to track this and three additional invasive species in the Ketchikan region; considered the gateway to the north’s more pristine waters.

Study lead author Laura Jurgens, now of Texas A&M, and citizen science coordinator Linda McCann of the Smithsonian Environmental Research Center corresponded with EM about the work and why citizen science is a great choice for the massive task of monitoring for invasive species like this.

“Volunteers allows us to expand our reach. We can monitor places that we might otherwise not have funding and personnel to get to, like remote areas in Alaska like the Pribilof Islands, and to get data from the same sites year after year,” explains Dr. Jurgens. “So instead of just a snapshot in time, local volunteers help build a more accurate picture of the marine invertebrates in these special places. It also provides an early warning system for catching new species invasions early on.”

The timing matters, because even the tiniest of invasive species can be responsible for huge, expensive problems. Early detection can mean a much more favorable outcome, including the chance to control the species before they have established a local population.

Since 2003, the team has been monitoring for fouling organisms in Ketchikan, and in 2007 began the citizen science project called Plate Watch. 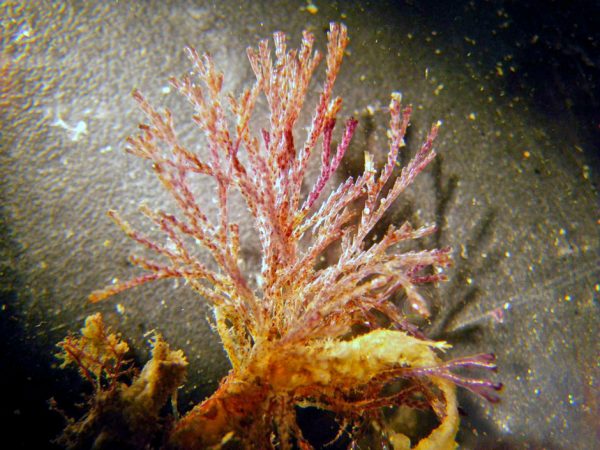 Scientists found the bryozoan Bugula neritina in Alaska for the first time in the town of Ketchikan, as part of the citizen science project Plate Watch. (Credit: Melissa Frey, Royal BC Museum, Canada, https://www.eurekalert.org/multimedia/pub/181796.php?from=407213)

“Ketchikan is the gateway to Alaska in terms of ship traffic and also in terms of marine invertebrates being transported from further south, so it made sense to work there,” details Dr. Jurgens. “We call the kinds of invertebrates and algae that live on docks, pilings, and boat hulls fouling species because they can be a nuisance on boats, but really they are marine invertebrates that naturally live on rock and other hard surfaces. Because of this lifestyle, they are easily moved around the globe with shipping and aquaculture.”

Ships help these species invade new areas because they attach to the bottom of recreational boats, commercial vessels, as well as other structures such as oil drilling platforms. “Commercial vessels also carry something called ballast water which they use to provide stability during open ocean transits,” adds Dr. Jurgens. “They take this water on before leaving a port and it can contain larvae and juveniles of many marine invertebrates. Ballast is released into the water in the destination port when the ship comes into a harbor and takes on cargo.”

One particular species, the tiny “moss animal” B. neritina can cause a host of problems as it colonizes a new habitat. Reproducing and growing quickly it can rapidly cover both natural and man-made surfaces. Tunicates, also known as sea squirts, were also spotted by researchers. These included Botryllid and Ciona tunicates, which grow rapidly and can dominate marine invertebrate communities, competing with native species for space.

“Climate change is important, but it is the interplay of climate change with shipping patterns that has the potential for moving many more species,” Dr. Jurgens clarifies. “As waters warm, many species are able to colonize new areas, Alaska included. With increased shipping and the opening of the Arctic to regular ship traffic, the potential for them arriving in Alaska is higher. At the same time, higher water temperatures for longer periods of time means that species that previously could not reproduce in Alaska may now have the opportunity to do so.”

To discover the species present, the team hung plastic squares from permanent infrastructure such as docks and identified which species grew on them over time. This was the first time B. neritina had been observed this far north.

Interestingly, it was a citizen scientist team who first spotted one of the invasive tunicates in Alaska—evidence of how successful this kind of partnership can be. 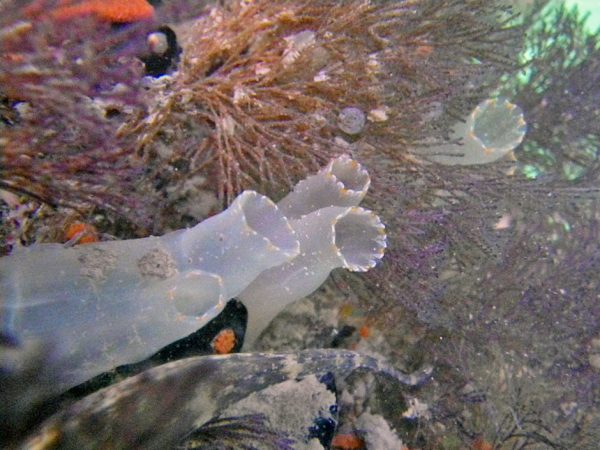 Before Plate Watch found it in Ketchikan in 2016, the solitary tunicate Ciona savignyi had not been seen in Alaska since 1903. (Credit: Melissa Frey, Royal BC Museum, Canada, https://www.eurekalert.org/multimedia/pub/181797.php?from=407213)

“It is fairly easy to find interested people,” says citizen science coordinator Linda McCann of the Smithsonian Environmental Research Center. “It is not as easy to keep volunteers collecting data year after year. We have some amazing monitors that have provided us valuable data for as many as 10 years now. Gary Freitag is one of them, based in Ketchikan.”

That isn’t to say that conducting research with volunteers is always easy.

“One of the challenges of citizen science is the ability to design easily understandable and clear protocols and to provide enough guidance to generate useful, standardized scientific data,” comments McCann. “Careful consideration of these elements can help researchers decide if their projects are suitable for citizen science. With adequate funding and continued oversight, citizen science can be a valuable addition to many research programs.”

One of the greatest benefits to the citizen science aspect of this research is its far-reaching impact.

“In addition to providing valuable data to SERC, our program is an invaluable outreach tool to teach a generation about some of the issues facing marine environments today,” states McCann. “Our program is utilized by middle schools, high schools, community classes, camps, and bioblitzes, increasing scientific knowledge and promoting good stewardship of our oceans.”