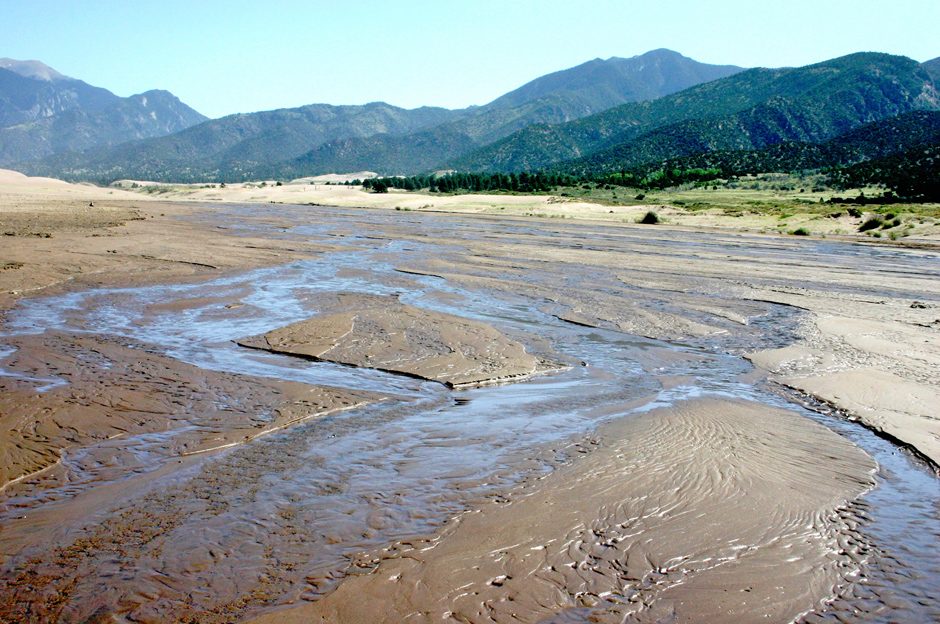 Most of the time when we think of monitoring streams and rivers, we think of water, and for a good reason. However, in some parts of the country, many rivers are intermittent—dry at some point in space or time—and  therefore have not had equal amounts of attention from ecologists and hydrologists.

A project led by a University of Oklahoma (OU) team is working to change that with the help of citizen scientists. OU assistant professor of biology Daniel Allen spoke to EM about the project and why it’s so important to track intermittent rivers.

“The Nature Conservancy (TNC) started the Citizen Science program in Arizona’s San Pedro River and the nearby Cienega Creek in, I think, 2001,” details Dr. Allen. “Dale Turner and Gita Bodner both work for TNC, and they were co-authors on the paper. Later on, a group started mapping the wet-dry regions of the Agua Fria River. I was faculty at Arizona State University in 2012-2014, and that’s when I became aware of some of these different programs, and I got the idea to see what kind of ecological questions we could ask with that data.”

“I moved to OU in 2016, and that’s when we started to finish up that manuscript,” explains Dr. Allen. “A PhD student of mine who did a lot of that spatial data processing is now turning the data into maps that we can use to measure not just how much water there is, but also the average length of these patches, and how far apart they were from each other. From that, we can calculate different metrics related to fish, to pond activity.”

This is critical because fish occupy rivers even when they dry part of the time.

“During the dry parts of the year, the fish are constrained to where the water is,” remarks Dr. Allen. “Hopefully, if they do get stuck in an isolated pool, it’s one that doesn’t completely dry out. But then, during the winter is when a lot of the flow in these systems starts to pick up again, so the fish in these separate pools then become reconnected, and these populations are able to mix again. The late springtime is when a lot of these fish spawn, so having those populations reconnect is important so that they can find mates.”

Getting citizen scientists involved has been important for the project because the data has been elusive.

“As a scientist, this data is really important, because scientists have partly ignored these intermittent river systems for a while,” comments Dr. Allen. “When we ecologists and hydrologists study streams and rivers, we’ve really only focused on streams that always have water. But recently over the past decade, there has been an increasing emphasis on the study of these streams and rivers that dry, because we now know that they actually make up at least half of the world’s rivers.” 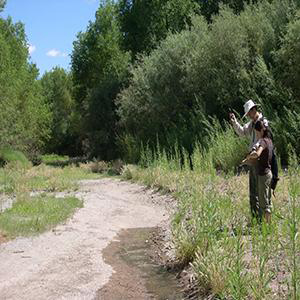 Citizen scientists in the Southwestern United States collecting intermittent river data. The ecological and hydrological data collected yearly from three rivers in Arizona map information on how to best manage water resources in a changing climate. (Photo Credit: The University of Oklahoma)

“And they do really important things, even though they aren’t always flowing with water at the surface,” adds Dr. Allen. “Typically, there will be groundwater flowing underneath them. Even when they’re dry, they’re important sort of habitat corridors for terrestrial animals and birds. And when there is water, they’re just like normal streams, removing nitrogen and nutrients to improve water quality, and serving as an important habitat for local organisms.”

For purposes of this monitoring and research, it doesn’t really matter whether the cause or causes of the drying are natural or not—if that can even be determined.

“It’s really hard to find a stream out there that’s not been impacted by humans, especially when you consider climate change,” remarks Dr. Allen. “Even the most pristine streams in the most remote regions of Alaska are going to be affected by climate change. In Arizona, there’s a lot of groundwater pumping, without much regulation. I looked for data on how much groundwater is being pumped out of these rivers, and that data is just not available. If someone has a well, they’re not required to keep track of how much water they pump out. So from a functional perspective to a river, it probably doesn’t really matter what the cause of drying is. It probably has the same ecological effect.”

Climate change is prompting many rivers to dry—but not all of them.

“Some streams that used to be perennial are now drying due to climate change,” explains Dr. Allen. “For example, a lot of mountain streams which historically had snow melts don’t get much snow anymore and now get rain instead. Snow acts as a natural reservoir that gradually adds water as it melts. Rain all comes down at once, and then it just washes downstream. So a lot of these snow-melt driven streams that don’t get snow anymore are going dry.”

Of course, some rivers and streams are actually experiencing more flow due to climate change.

“Glaciers are now melting faster, so they are adding more water to some streams and rivers that drain these glaciers,” comments Dr. Allen. “So although it is less common, there are some streams that used to be dry that are now always running. Humans can impact that, too. There are some intermittent streams that are dammed into reservoirs, and that if there’s a constant release in that reservoir, that’s turning an intermittent stream into a perennial stream.”

“We conducted a long-term analysis of trends, and in two of the rivers, Cienega Creek and the Agua Fria, we saw a decline over time in the amount of wet length of each river,” states Dr. Allen. “In the Agua Fria River, we found that those declines should decrease connectivity for large fish, especially.” 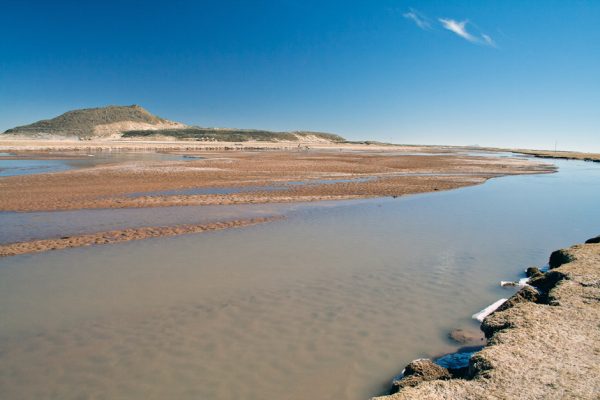 The team next turned to what might be causing the decline, and what types of variables they might be able to analyze within a given year to predict what percentage of the stream would be wet versus dry.

“This is sort of basic, but it was largely due to stream flows and drought conditions,” remarks Dr. Allen. “Stream flows declined during drought years over this time period that we studied, and there are many other studies that show declines in stream flow in the entire southwest over the same study period due to droughts. But what we did not find was a decline in the San Pedro River. That is notable because the San Pedro River has a groundwater management plan in place.”

The team believes that during drought years, people will rely more on groundwater than they might otherwise.

“For an intermittent river that’s dependent on both precipitation and groundwater, that’s sort of hitting it at both ends,” Dr. Allen describes. “Because if you’re in a drought year and that river’s not getting the precipitation, and then humans are taking out more groundwater than they might normally be doing, then you’re taking away more water than might naturally be happening, even during a drought year.”

This appears to be an argument in favor of a groundwater management plan—even in a state that fails to legally recognize connections between groundwater and surface water.

“There are a lot of states that explicitly do not recognize that groundwater-surface water connection,” adds Dr. Allen. “Connectivity and the protections for ephemeral and intermittent streams is an issue, and often the ways we manage water and interpret surface water just aren’t based on the best available science.”

Dr. Allen will be leading two new projects in this area in the future.

“We’re starting a project funded by the National Science Foundation called the Dry Rivers Research Coordination Network,” explains Dr. Allen. “We are starting to gather scientists to try to develop projects like this one, based on existing data sets about intermittent rivers and focused on the interconnected hydrology and the ecology of these river systems. Especially in these intermittent and ephemeral systems, the hydrology is so important, but as biologists, we study organisms and don’t know much about hydrology, so we’re trying to organize and put these folks in the same room together.”

The team will also be working on a project studying intermittent rivers and streams all across the southern United States to shed more light on this fascinating and poorly-studied area.

“We’re going to have some sites in Arizona, some in California, some in the Great Plains area, and then some in the southeast to explore how drying impacts streams differently in different climates,” remarks Dr. Allen. “These intermittent and ephemeral streams, they’re everywhere. Here in Oklahoma, there’s this region that we study in the southeastern part of the state, in the Washita Mountain Forest, which gets 55 inches of rain a year, but there are still many streams there that dry in the summer. When those streams dry, typically there’s subsurface water right underneath the stream bed, whereas in Arizona, you can probably dig for meters and not find water. That should impact the ecosystem differently, whether or not there is subsurface flow.”

Wherever you live in the US, if you have a smartphone, you can use StreamTracker.org to track and monitor an intermittent river in your area.