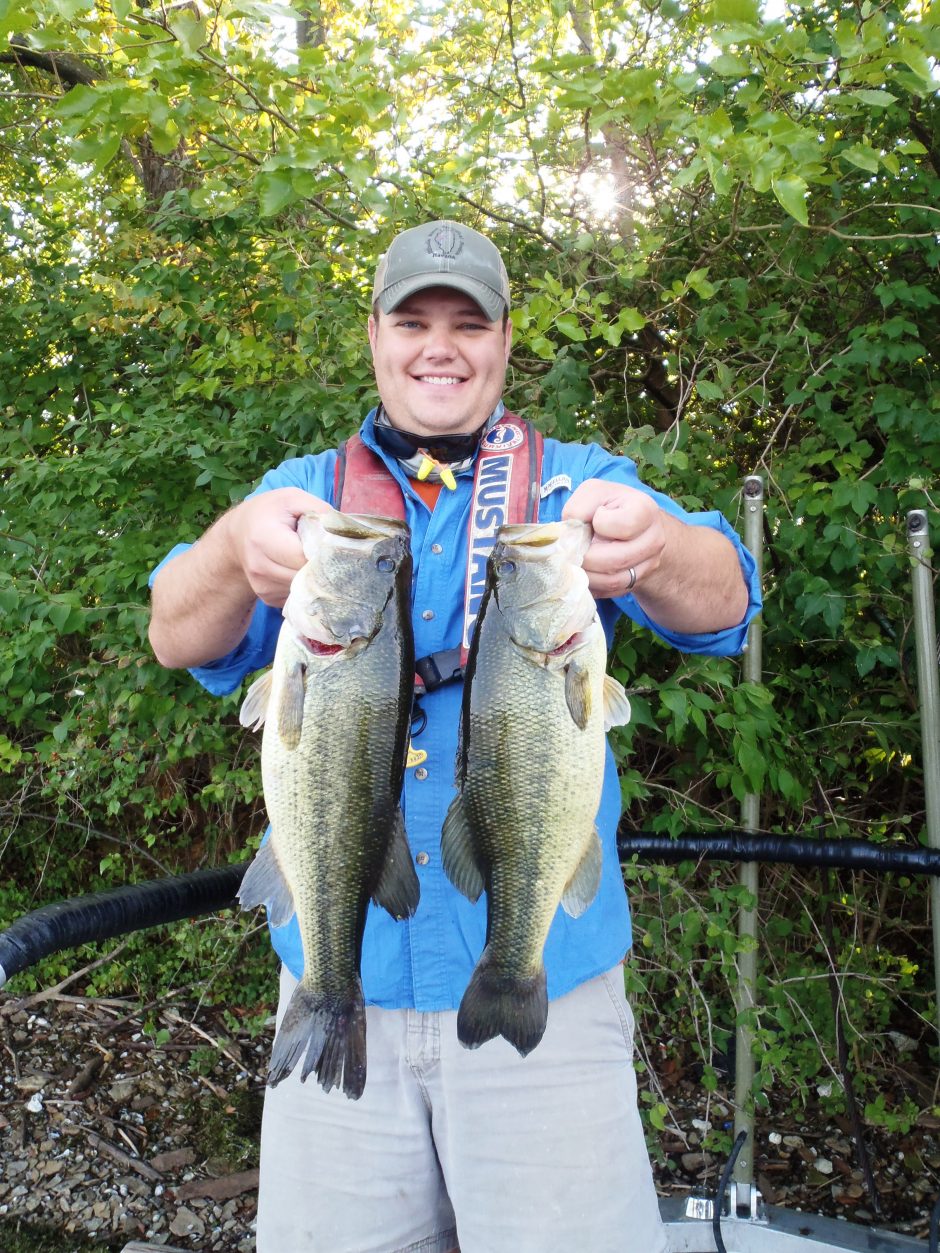 When Stephen A. Forbes, then Director of the Illinois State Laboratory of Natural History, opened a biological station about halfway along the length of the Illinois River in April 1894, he was considering the long game. His goal was to study the ways the period overflow of the Illinois and Mississippi rivers had on aquatic animal and plant life in the region, and he knew this would be the first study like it anywhere. The idea that an ecosystem like a river or floodplain would be home to a large cluster of organisms, with each intimately impacting the lives of the others, was a new concept, and Forbes thought that the study could change the field of ecology, a new discipline, and revolutionize fisheries science and management.

While Forbes knew that the Illinois River was unique—producing a disproportionately high amount of fish in the region considering its size—he could have no way of knowing that his work would provide the foundation for later research that would eventually save commercial fishing in the region.

A Unique River and Changing Times

Winding from its origin in northeastern Illinois at the junction of the Kankakee and Des Plaines rivers, the Illinois River makes its way southwest, until it joins the Mississippi. Though not a large river, it does boast an extensive floodplain and a protracted flood season. It is this “floodpulse advantage” that afforded the Illinois such an embarrassment of riches in sportfish—at least until things began to change in the twentieth century.

Forbes and his team of scientists soon worked out the floodpulse and hypothetical yield of the river. It was clear that the Illinois River was ideally suited to support a fish population that was unusual, both in its large size and variety. As they described these conditions in the river, the team also began to describe the biological and chemical conditions present in the water, specific to the dumping of sanitation waste into the river from the City of Chicago—a practice which began in earnest in 1857.

A second human intervention into the lake the team found worthy of attention was the introduction into the river of the common carp in 1887. A hearty species, the carp quickly underwent a population explosion, and by 1881, the common carp catch exceed the value of all other catches combined. Ten years after that, total commercial fish yield in the river peaked—and, in the following years, began its decline. The monitoring project begun by Forbes continued over the years. Demands on the Illinois River and other waterways in the area increased even as the river’s ecology seemed to suffer, with fewer varieties of fish being produced. By the 1950s, even species once considered pollution tolerant, such as the fingernail clam, were dying out in the river.

In 1957, a team of biologists from the Illinois Natural History Survey started a project assessing changes in fish populations in the river and surrounding waterways. As part of this project, they set up long-term stations for monitoring fish. Increased attention to environmental matters in the 1960s eventually resulted in the creation of the Environmental Protection Agency (EPA) in 1970, and other agencies at state and local levels.

In 1972, the EPA passed the Clean Water Act (CWA), modifying the Federal Water Pollution Control Act of 1948. The CWA set up the funding and regulatory framework for infrastructure construction for sewage treatment and stormwater capture. Since that time, the city of Chicago has spent more than $3 billion creating an infrastructure to manage its stormwater runoff and sewage, which went into use starting in 1980.

New research from the ongoing Illinois Natural History Survey shows that populations of bluegill, catfish, largemouth bass, and other sportfish are now being recorded at the highest levels in the Illinois River in more than a century. This is a notably dramatic recovery, given that their populations have bounced back from almost zero near Chicago for most of the 20th century. This revival began immediately after the Clean Water Act of 1972 was implemented.

In 1899, despite representing only about 2.6 percent of total river length in the region, the Illinois River brought in about 15 percent of the total catch—and 25 percent of the total fish value—in the Mississippi Valley. However, according to the researchers, the presence of untreated Chicago sewage ruined the river’s productivity. As the sewage poured directly into the waters of the river, microbes grew out of control, starving other organisms out and creating an oxygen-depleted “dead zone” in the north of the river that crept southward. Eight different sport fish species that were captured at a single site in some of the team’s recent sampling. (Credit: co-author, Jason DeBoer.)

“One of the unusual aspects of this study was that the fish were sampled in such a similar way over the entire length of the study, that is, since the late 1950s. Some of the earlier data that we used in the study—such as the data on water quality that Stephen Forbes collected—was used to make inferences about how much oxygen was available to the fish. For comparing levels of fish in the river, though, we only made comparisons among the years that had the same sampling methods.”

In 1972, when the CWA was passed, conditions in the Illinois River near Chicago were terrible. At that time, researchers were only able to catch goldfish and carp—invasive, non-native species very tolerant of pollution. And despite the hearty nature of these species, the specimens the team collected initially in 1972 exhibited signs of appalling conditions, such as pop-eye disease, eroded fins, and tumors.

However, by the late 1980s sportfish species began to reappear in the river, and this trend continued into the 21st century. Populations of 13 sportfish species, including bluegill, crappie, catfish, sunfish, largemouth bass, and walleye, made significant comebacks in the Illinois River. In the late 1950s and early 1960s, approximately 97 percent of all fish caught in the river were goldfish or carp; now, researchers say those problem species represent less than 3 percent of their catch. In other words, the team has moved from catching, essentially, zero sportfish per hour, to about 100 to 300.

The researchers found that the recovery of the sportfish directly parallel the changes in water in the river. Specifically, reductions in ammonia, a form of nitrogen pollution, and increases in water clarity and dissolved oxygen are all linked to both improved water quality and the presence of sportfish—and are caused by reductions in sewage effluent.

The team sampled the fish via an electrofishing technique, transmitting electricity to the water using a three-phase alternating current generator via three cables mounted on the boat. They then collected fish stunned by the electricity with a net on a pole and placed them into aerated holding tanks. This continued for each continuous sampling period, and was followed by measurement, weighing, and finally a return of the fish to the water.

“There are different ways of sampling fish in rivers, but using an electric current to stun the fish is one of the best options for sampling the entire community. Relative to other methods, it’s better at capturing both small and large fish, and it generally samples the greatest number of species, too. Our goal is to be able to sample effectively, consistently, and to put ourselves in the position where we can observe changes in the whole fish community.” However, there is a need for the team to focus on the larger fish community, but also on sportsfish in particular, as Gibson-Reinemer explains:

“We pay particular attention to the sport fish, because they’re valuable in terms of their recreational use, as well as some of the commercially harvested fish. However, we want to sample the fish as comprehensively as possible because we know some new problem may emerge that we’re not even aware of yet—and we want to have a good dataset to use to help us evaluate those emerging problems.”

Especially during the early years for which much data is unavailable, the team has used information about fish species as a proxy for water quality and chemical analysis. Gibson-Reinemer clarifies,

“I think it’s fair to use fish data as a proxy for water quality in this instance, mostly because of the work on water quality that was done from the 1980s to the 2000s in the upper part of the river. This was work that our co-author, Jerrod Parker, completed for his graduate work, and it showed a clear link between improving water quality and changes in the fish assemblage.”

This isn’t the end of the story for sportfish in the Illinois River. These species still face a variety of threats, including invasive species such as Asian carp which compete for limited food resources, and the release of hormone-disrupting chemicals into the river from various municipal and industrial sources. In addition, extensive areas which have historically been part of the watershed are now farmed intensively, and this, along with sedimentation, is displacing habitat.

Gibson-Reinemer points out the unique value of the research in this study, and the need to support this kind of work we all share, especially given the limitations of human memory.

“It’s sometimes easy to take thing for granted when changes have happened over a long time or when they happened long ago. I only became involved in fisheries as a professional in the past 15 years or so, and I was a kid in the 1980s and 1990s when a lot of these changes happened, so my own memory of how things has changed isn’t necessarily going to be the best way to evaluate how much things did change. This record we have extends over six decades, and that’s extraordinary in its own right—but it also happens to span a period when things really turned around for fish in the Illinois River.”

And the importance of the work in terms of what it shows about the CWA?

“To the best of my knowledge, it’s also the best record of how fish responded to the Clean Water Act,” comments Gibson-Reinemer. “To appreciate how important the Clean Water Act was, we need to evaluate how well it worked with rigorous data analysis, as we did in this manuscript. It’s probably the most important scientific work that I’ve been a part of because it’s an exceptional record of how well a major piece of legislation worked. As an angler and a dad, I have a strong interest in maintaining good, healthy fish populations, and this research goes a long way to showing how cleaner water can contribute to that.”