Cleaning Up the Charles River, Inspired By Nature 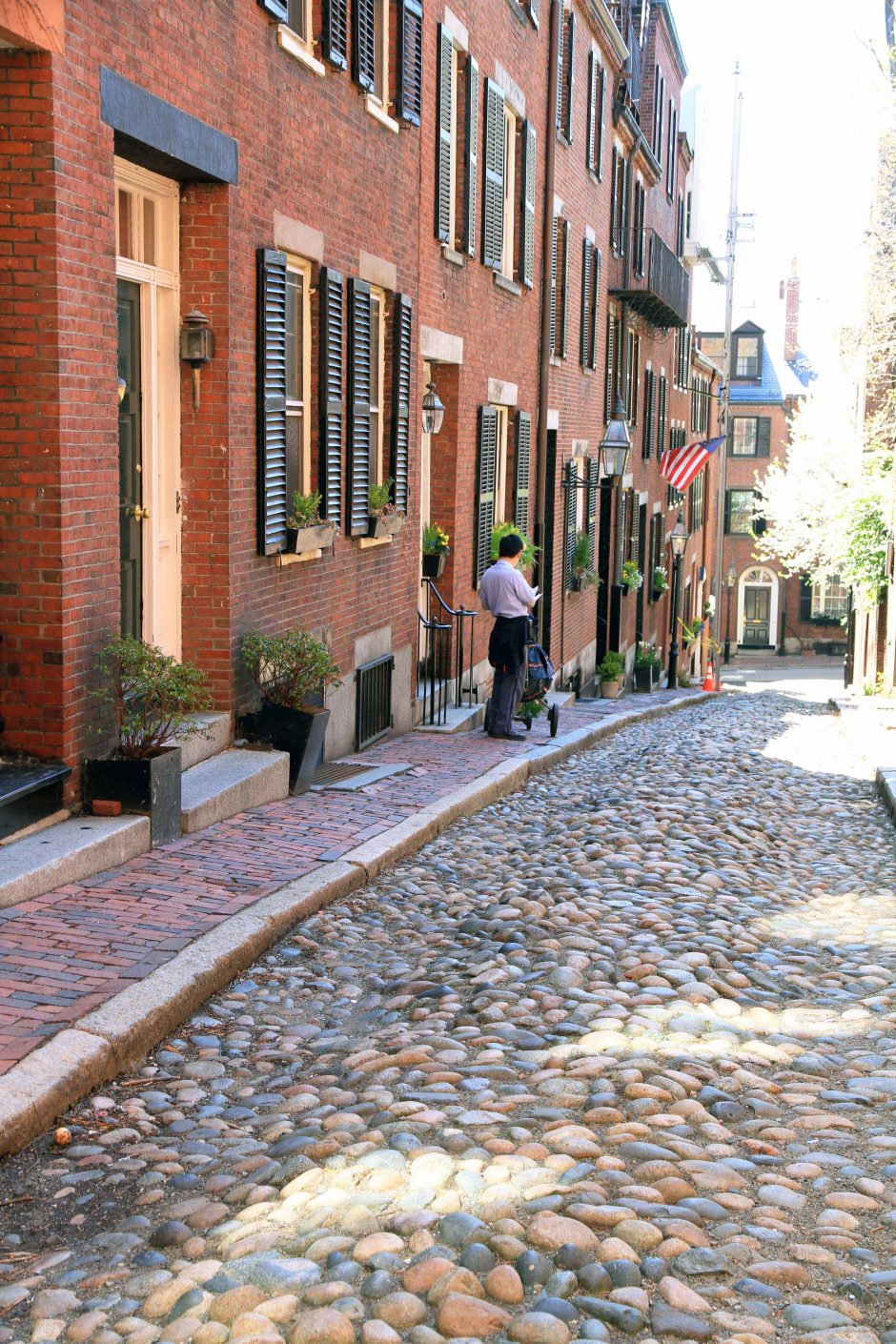 Cobblestones still pave several streets in Boston such as Beacon Hill, but they are the minority. (Credit: By Ingfbruno [CC BY-SA 3.0 (https://creativecommons.org/licenses/by-sa/3.0)], from Wikimedia Commons)

In many ways, the Charles River is a typical urban waterway. It connects various cities in Massachusetts and bears the brunt of the pollution and strain that flourishing human settlements always seem to bring with them.

Also like some other urban rivers, the Charles was once written off by authorities as too dirty to save or clean. Thanks to the long-term efforts of advocates inside and outside the government, however, the Charles has made a remarkable comeback. Scientific monitoring of the river over time earned the Charles an A- in bacterial water quality from the Environmental Protection Agency (EPA) in 2017.

The trouble with the Charles

“When we started monitoring the river in September of 1994, we proved the notion that the Charles had always been dirty and always would be dirty no matter what, was dead wrong,” Bob Zimmerman, who has spent years as Executive Director at Charles River Watershed Association (CRWA), tells EM.

Under a court order from a lawsuit initially brought by the Conservation Law Foundation, and then joined by the Environmental Protection Agency in the mid-1980s, the state of Massachusetts and the City of Boston were forced to do something to clean up the harbor and river. The Massachusetts state legislature initially created a new agency, the Massachusetts Water Resources Authority (MWRA), to carry out these directives.

To comply with the law, the MWRA started to design a new wastewater treatment plant, which was built in 1990. 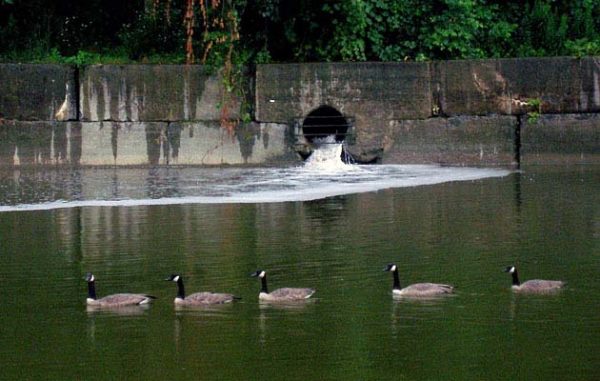 “At that time, there was still a lot of sewage in the Charles—a lot,” emphasizes Zimmerman. “The MWRA had a responsibility to deal with combined sewer overflows (CSOs) which occurred, on average, 28 times a year, and dumped 1.76 billion gallons of raw sewage and stormwater mixed together directly into the river every year. It was really pretty stuff.”

Originally, CSOs were planned in older cities like Boston back when horses were the primary means of transportation for citizens. Rainwater was used to clean the streets of horse manure, which then ran into the storm drains. The drains were the same as the sewer pipe—a combined sewer.

However, American travel changed dramatically between 1910 and 1920, causing asphalt and concrete to replace cobblestones and other, more water-permeable forms of paving. One consequence is that far more water enters the storm drain, and it gets there very rapidly, bringing anything on the ground with it.

“As the pipe fills up, and approaches 80 to 85 percent capacity, the water in there slows down,” details Zimmerman. “New water can’t get in, and the pipe starts to back up into basements. The solution the engineers devised was a separate pipe that spews this mixture of raw wastewater and stormwater directly out into the Charles River—the combined sewer overflow.”

Originally, a study conducted by a consulting firm advised that the Charles was beyond saving.

“The conclusion was that the Charles was just a filthy river and that if even if the MWRA was discharging drinking water into the river during the CSO events, the river still wouldn’t meet swimming or boating standards,” Zimmerman describes. “Therefore, their conclusion was, we shouldn’t spend a lot of money trying to clean up an industrial river that’s pretty trashed. We should just allow it to remain trashed.”

To Zimmerman, this didn’t make sense. His proposal: to use science to monitor the river and determine the source of the pollution. The MWRA, confident that their conclusion was valid, supported the effort. 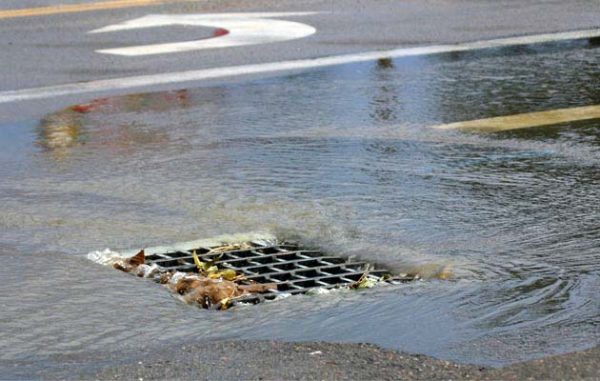 In 1994 the CRWA hired its first scientist, hydrologist Kate Bowditch, and began monitoring the river.

“On our first pass in September of 1994, we proved that the MWRA and its consultants were dead wrong,” remarks Zimmerman. “We monitored the river at 80 locations so that we could create a computer model which would tell us how many places we needed to monitor every month to be able to characterize the river. We found that the river was fishable and swimmable its entire length from Hopkinton all the way down to Watertown.”

It was in Watertown that the river became contaminated with sewage bacteria—and this was where the initial testing by the consultant firm took place.

“It made it look as if the entire river were filthy, when in fact the river was filthy beginning about 500 yards upstream of where their monitoring site was,” comments Zimmerman. “Science is a wonderful thing.”

Working to characterize local stormwater, the CRWA went to work.

“We took five parking lots at Boston University, and when it started raining, we’d have scientists sitting in the parking lot next to a storm drain to collect samples every 30 minutes,” explains Zimmerman. “Then we would go to the outfall, where that water would collect, and then where it would dump into the Charles River.”

This was only stormwater, so the team was shocked by what they found. The highest bacterial levels in water entering the pipes from parking lots were about 800 colony forming units (CFUs) of bacteria per 100 mL of water. Yet when they got to the outfall location, those levels skyrocketed to 30,000 to 50,000 CFUs per 100 mL of water.

“That didn’t compute; how did the water get that dirty?” recalls Zimmerman. “What we discovered is that there were many buildings throughout local cities and towns which were hooked up to the wrong pipe in the ground. So toilets flushed straight into the storm drain, not to the sewer pipe. It’s very common in urban areas in the United States, very common in urban areas anywhere, and basically creates a different kind of combined sewer.”

Once the team characterized that problem, the city allocated money for investigating which pipes were discharging incorrectly and fixing that oversight. Zimmerman points out that this simple fix has reduced the discharge of raw sewage into the river by 1-1.5 million gallons a day.

“It took between 10 and 15 years for all of the fixes to actually be done,” details Zimmerman. “But the activation of CSOs in the Charles is the least of any city in the United States, and there are 1,200 that have combined sewer overflows or combined sewers. We went from 1.76 billion gallons of water in a typical weather year to less than seven million gallons. There are often no activations at all in a year.” 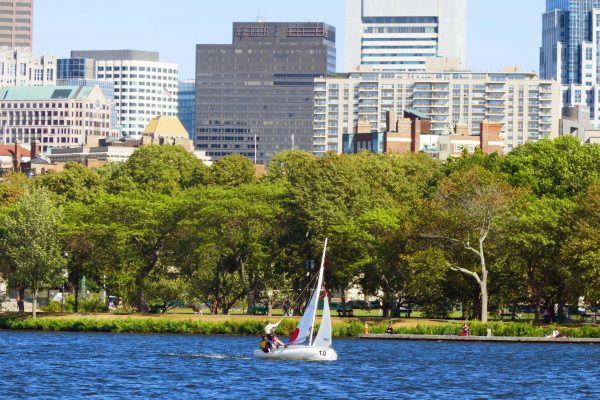 Up to future challenges, thanks to nature and science

One of the goals the CRWA has always had in-sight is figuring out how to make rainwater behave as it would in nature.

“When a parking lot that has water running off of it into the street, you capture the water and put it into a rain garden or swale, so it infiltrates back into the ground; reestablishing that natural connection between rainwater and groundwater and helps prevent flooding,” Zimmerman describes. “It recharges the groundwater, helps with heat island effect, and offers all kinds of ancillary benefits.”

Looking back on the difference in the Charles and the process of improving the water quality collaboratively, Zimmerman cites the CRWA’s careful collection and strategic deployment of scientific evidence as the factor that made their achievements possible.

“In 1994, it was very unusual for a dinky little watershed association to be going around doing this kind of science,” remarks Zimmerman. “We didn’t want to go out and start getting these samples and then have the state, the MWRA, and the cities reject them.”

The CRWA spent time negotiating a quality assurance project plan (QUAPP) with the state, the MWRA, and the EPA. The program allowed them to establish collection protocols so that their data was accepted as readily as the state’s data.

“That way, we could have all the arguments we wanted, but we couldn’t have them over the veracity of the data,” comments Zimmerman. “The data was court admissible and the same as theirs. That made all the difference in the world. The science completely changed the nature of the conversation between us and all the agencies.”

Now, Zimmerman shares the CRWA QUAPP plan with other riverkeepers and watershed associations around the country to help them achieve the same results.

Top image: Cobblestones still pave several streets in Boston such as Beacon Hill, but they are the minority. (Credit: By Ingfbruno [CC BY-SA 3.0 (https://creativecommons.org/licenses/by-sa/3.0)], from Wikimedia Commons)