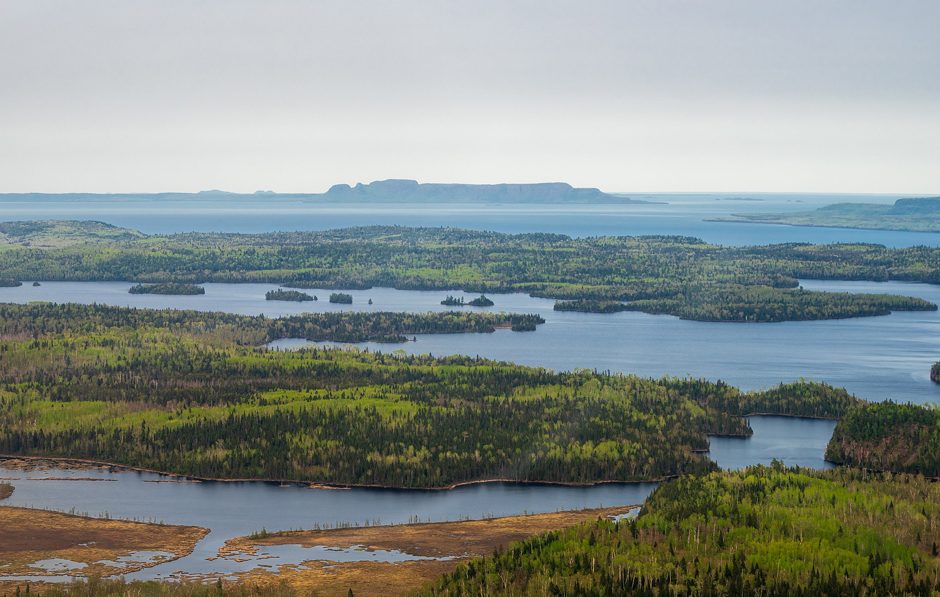 Recent research from a University of Guelph (U of G) team reveals that warmer temperatures caused by climate change are forcing species to alter their behavior, causing food webs in Ontario lakes to transform. As temperatures warm, larger species hunt new prey in deeper waters, changing the ways nutrients and energy flow in lakes and triggering a “rewiring” of food webs.

Dr. Timothy Bartley, study lead author and a post-doctoral researcher in the U of G’s Department of Integrative Biology, spoke to EM about the work.

“I got started on this when I first began graduate school and joined an ongoing project, which was a collaboration with the Ontario Ministry of Natural Resources and Forestry,” explains Dr. Bartley. “From there I developed my own questions about how fish in Ontario Lakes are responding to climate change.”

Dr. Bartley was part of the fieldwork which took place between 2008 and 2010.

“We were out in various parts of Ontario doing some of the data collection in collaboration with the Ontario Ministry of Natural Resources,” details Dr. Bartley. “Eventually that data set was finished and became part of my doctoral work. This paper came about at the very end of my doctoral work, so although it was quite a long process, it was an enjoyable and exciting one.”

Among the main takeaways of the work and the paper is the fact that climate change is asymmetrical in space—some parts of the planet warm more and more quickly than others.

Dr. Bartley emphasizes the complexity of climate change because the team believes it drives another important take-home message.

“Species are responding to this new patchwork of conditions and climate change, and they’re responding by moving,” remarks Dr. Bartley. “One of the primary fascinating takeaways here is that this is a fairly general pattern in many ecosystems, including in lakes, polar ecosystems, and in temperate grasslands. We see evidence that species are moving in response to climate change asymmetry, and changing food web structures all over the place as they move.”

Although it’s easy to see this complexity as daunting, Dr. Bartley and the team see it as promising.

“When species respond to climate change they don’t do it randomly, they do it based on what’s happening around them,” comments Dr. Bartley. “In the case of fish in Ontario Lakes, we looked at how cold water adapted fish species responded to this asymmetrical warming. They moved from relatively nearshore habitats towards really deep, cold offshore habitats.” 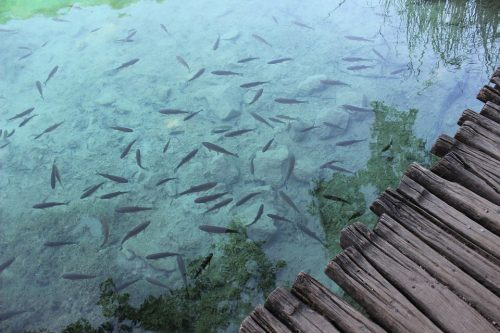 That movement, which was consistent with their biology, meant that the movement itself was offering scientists new information about something else.

And while there are systems where people have started to study these responses, Dr. Bartley points out the value that a larger monitoring program designed to understand the consequences of climate change and identify how species are responding could do.

This is not to say that there isn’t tremendous diversity from place to place in how various species respond to the rigors of climate change.

“It’s true that you have different species responding differently in their local context, but also it’s fascinating that many of these consumers, especially large predators that are known to forage in different ecosystems, are actually exhibiting a sort of general response and shifting from primarily foraging in one habitat towards primarily foraging in the other,” explains Dr. Bartley. “So in that diversity of responses, there’s also an important, consistent pattern.”

Coming next in this line of research for the team will be research designed to help the team better understand the consequences of the changes they have documented.

“We have reason to believe that these species’ responses could impact some really key parts of how ecosystems function, for example, and the stability of species’ populations within those ecosystems,” remarks Dr. Bartley.