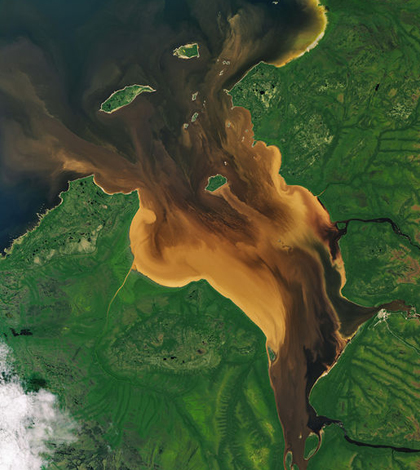 Waterborne illnesses are striking the American citizens of Puerto Rico in the aftermath of Hurricane Maria — and healthcare professionals are concerned that these diseases could reach epidemic levels on the island, already devastated by the storm and still without power and drinking water in many places. Several recent fatalities in Puerto Rico died of leptospirosis, a bacterial disease that is typically waterborne. Authorities including scientists at the Centers for Disease Control (CDC) are now investigating more than 70 suspected cases of leptospirosis.

However, even under normal conditions, waterborne illnesses are a problem, right here in the US. Also this month 12 or more people have been hospitalized in Queens, New York for Legionnaires’ disease, an illness that is fatal to one in ten people who contract it. In fact, there are 200 to 400 cases of Legionnaires’ disease in New York City alone every year, so this latest event is not unusual, let alone considered an outbreak. Most of these cases are traced to plumbing systems and air conditioning units in older buildings.

Despite advancements in sanitation in the United States, millions of waterborne disease cases occur here every year. Cryptosporidiosis, giardiasis, Legionnaires’ disease, non-tuberculous mycobacterial infection, and otitis externa alone cause more than 40,000 Americans to be hospitalized every year, with a price tag of about $970 million. In fact, the economic cost of waterborne diseases in the US is about 1 billion dollars annually, and that can’t account for the trauma and loss families and friends go through as their loved ones suffer, and in some cases, die from waterborne diseases.

An Existing Problem, on the Verge of Getting Worse

A new collaborative study from an interdisciplinary team of scientists is providing cautionary information on how climate change has the potential to make matters worse in the waterborne illness department. The team has found that climate change may be reducing the ability of sunlight to disinfect coastal waters, lakes, and rivers, possibly increasing waterborne pathogens and the diseases they cause in both wildlife and humans. This mostly unanticipated effect of the changing climate has received little attention — until now.

This new work makes a connection between a fairly well-studied phenomenon known as “browning” and the ability of the sun to disinfect water. Scientists have been measuring an increase in browning in waters all over the world for some time. This happens when organic matter washes into lakes, rivers, and oceans, and it is caused by thawing permafrost and extreme rainfall in large part. What happens when more dissolved organic matter (DOM) is present in water, however, was not well-studied. The new study details how the rise in browning can hamper the ability of the Sun’s ultraviolet rays to penetrate the surface of the water. This in turn dampens their ability to kill waterborne pathogens, a trend that may have serious implications for coastal fisheries and drinking water supplies all over the world. In fact, browning has, thus far, decreased the ability of sunlight to disinfect water by about twofold, and variations in DOM concentrations within and among lakes changes the rate of solar disinfection by a factor of 10.

Craig E. Williamson, Ohio Eminent Scholar of Ecosystem Ecology at Miami University and lead author of the paper, explains the implications of this issue:

An Interdisciplinary Approach to a Complex Problem

Williamson and the team analyzed water samples they collected from lakes all over the world, from different states here in the US such as Wisconsin and Pennsylvania, to lakes in countries on different continents such as Chile and New Zealand. They then tested the water samples to discover how much DOM each contained, and which wavelengths of light the DOM in each absorbed — including ultraviolet light.

Next, Sasha Madronich of the National Center for Atmospheric Research (NCAR) used the team’s data and information from the Tropospheric Ultraviolet-Visible model to calculate a critical piece of information for every lake sampled: the solar inactivation potential (SIP). Based on the DOM and other lake water characteristics, SIP is an index of the disinfecting power UV light can be expected to have on a particular body of water. (The NCAR Tropospheric Ultraviolet-Visible model simulates the ways that UV light is absorbed and scattered as it moves through the atmosphere of the Earth, and it can be used to find how much UV light reaches the surface of the lakes in various places at different times of the year.) To refine this modeling portion of the study, Madronich also analyzed refraction and reflection off every sampled lake’s surface to determine how much light penetrates into the lakes, and how deep the light goes into the water.

Scientists already knew which wavelengths of UV light are most harmful to waterborne pathogens, so the team was able to include this information in each lake’s SIP. Where appropriate, they also specified expected disinfecting power in different regions of the same lake, or during different times of year for the same lake.

This research highlights the importance of cross-disciplinary research. Particularly in the case of environmental science, since the environment itself is a massive interconnected system, this is an especially salient point.

“Cross-disciplinary collaboration is extremely important,” Williamson said. “We had the following areas of expertise that made it possible to put together the pieces of this complex puzzle. The ecology of UV radiation in aquatic ecosystems was worked on by Richard Zepp of the Environmental Protection Agency (EPA), Kevin Rose of the Rensselaer Polytechnic Institute, and me. The actual data on the UV transparency of inland waters was worked on by Kevin Rose and me, and these data are pretty rare overall. UV and human health and disease was the focus area for Robin Lucas and Aparna Lal of the Australian National University. Sasha Madronich and Julia Lee-Taylor of NCAR brought modeling expertise to the project, and other team members and co-authors included Erin Overholt of Miami University and Geoffrey Schladow of the University of California, Davis.” Results and Recommendations for the Future

The team was able to quantify how DOM affected the lakes. For example, the SIP during the summer months for one lake sampled in northeastern Pennsylvania that has experienced notable browning in recent years — like other lakes in the region — dropped by approximately half from 1994 to 2015. Lake Tahoe of California can exhibit a SIP up to ten times higher than the SIP of Tahoe Meeks Bay; this is because the center of the lake is comparatively undisturbed compared to the heavy levels of human use and correspondingly higher level of DOM found in the bay.

The scientists also illustrated the dramatic decrease in SIP a heavy rainfall event can produce. To do this, they collected water samples from the area where the Manitowoc River and Lake Michigan meet. Over 10 million people rely on drinking water supplied from this nexus region, yet this research highlights a potential danger: modeling based on samples from before and after a major storm in 2011 showed that the SIP could have plummeted by up to 22 percent from this single storm event after excess DOM washed into the area.

“Treat the cause. Reduce climate change by switching to alternative energy sources which will in turn moderate extreme events, and improve land management strategies to reduce inputs of DOM into inland and coastal waters,” Williamson elaborates. “Treat the symptoms. Increase awareness of degradation of water quality following storm events and the corresponding need to increase investment in water purification. For example, New York City and Cincinnati both installed UV-treatment facilities for their drinking water in 2013. The cost was $1.6 billion and $30 million, respectively. Milwaukee, Wisconsin, which gets its water from Lake Michigan, had an outbreak of the protozoan parasite Cryptosporidium in 1993 that affected over 400,000 people at a healthcare cost of $100 million. They installed an ozonation plant in 1998 to help prevent future outbreaks.”

All of this discussion of lake water begs an obvious question: what about oceans? Obviously, drinking water is a high priority, but the researchers do point out that sunlight kills pathogens that infect salmon and various zooplankton — when it is not impeded by other factors such as DOM.

“We have fewer data on UV light and DOM in oceans, but we do know that increases in precipitation, and the melting of permafrost, are increasing DOM in the oceans of many regions,” Williamson comments. “More research is needed to try to relate DOM color and concentrations with parasite and pathogen abundance, to fully assess the impacts of DOM.”

As we continue to consider extreme weather events such as the flooding in Puerto Rico, Texas, and Florida, it is critical to recognize that the danger is never solely immediate.

“The primary point is to recognize that these extreme events may have important implications for human health, beyond the costs of flood damage so widely reported,” Williamson clarifies. “Again, 12 to 19 million people contract infectious waterborne diseases in US each year, and there is concern about these cases increasing with extreme events due to the mechanism described here, for example, hurricanes such as Harvey, Irma, and Maria, as well as increases in the cost of water treatment.”