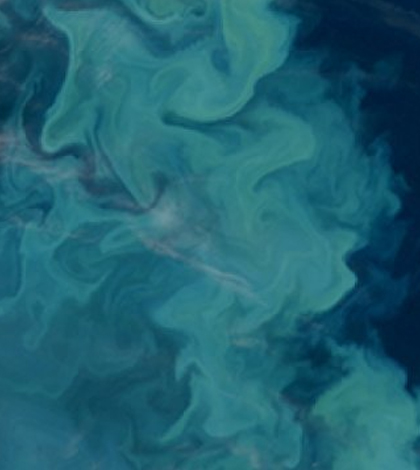 Thriving in nutrient-poor surface ocean water, coccolithophores are the dominant phytoplankton in areas where others typically starve. It was believed that, as global warming continues, coccolithophores would stop thriving. Ocean acidification and increased carbon were supposed to make it more difficult for them to build their calcium carbonate shells. But, instead, they are not only shell-building with gusto, their numbers have increased by an order of magnitude, according to a release from the Bigelow Laboratory for Ocean Sciences.

Scientists at the lab based the findings on 45 years of plankton data collected by the Sir Alister Hardy Foundation Continuous Plankton Recorder program. Although the numbers of coccolithophores have been substantially increasing over the period, other tiny marine microorganisms have not fared as well, researchers found.

Diatom numbers, for example, have been decreasing over the study period. However, since most phytoplankton prefer relatively nutrient-rich waters, coccolithophores do not necessarily compete with other phytoplankton. Nevertheless, the finding surprised researchers. Some scientists took the find as an indicator of how little the scientific community understands the workings of the complex global marine ecosystem.