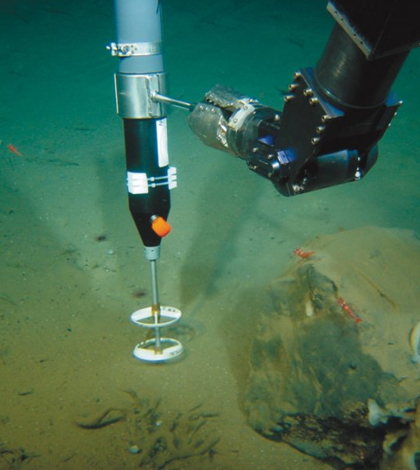 The Fram Strait in the Arctic is the only deep juncture where Arctic water can flow into the Atlantic and sea ice can flow out through the Greenland side of the strait. It is here in this unusual strait where scientists from the Alfred Wegener Institute set up a deep-sea observatory that’s been operating for 15 years.

According to a release from AWI, long-term observations of the Fram Strait have shown an influx of warm water due to climate change, which in turn has rapidly changed the composition of marine species there. From 2005 until 2008, climate change caused water 1 or 2 degrees Celsius higher in temperature than usual to pour from the Atlantic into the Arctic, shocking marine species there that had specially adapted to colder conditions.

The impacts on the Arctic marine species was dramatic, changing the usual compositions of microorganisms, algae, zooplankton and others. Small, hard-shelled diatoms underwent rapid declines and were replaced by foam algae.