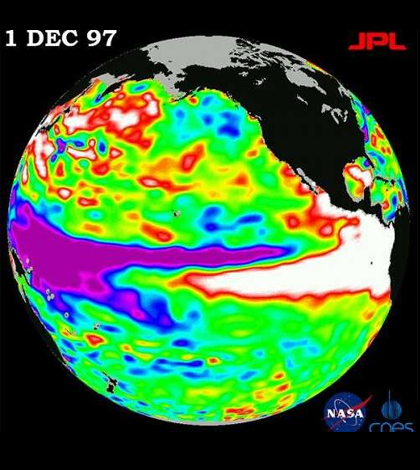 A small international team of researchers discovered that when ENSO was modeled with and without cloud effects included, the differences in results were significant, with cloud effects accounting for about half the strength of an ENSO event. It was previously believed that while ENSO has both oceanic and atmospheric components, the oceanic process effect would dominate.

The new results including cloud effects suggest that the role of the atmosphere may be much larger than expected. Considering the clearly important effects of clouds on ENSO, the researchers postulate that clouds may prevent warm, lower-elevation air from escaping, causing more moisture to remain and more rain to fall. The researchers believe that by incorporating cloud data into all climate models, estimations of ENSO behavior and global weather are likely to greatly improve.