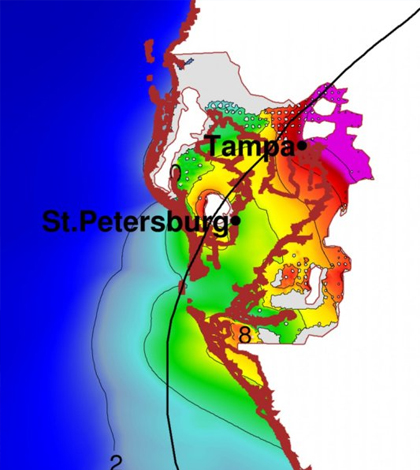 “Grey Swan” tropical cyclones are those that can be predicted with some accuracy, though the storms are still expected to be rare events, as opposed to “Black Swan” tropical cyclones which are also expected to be rare but unpredictable. Scientists from Princeton and MIT attempted to model the potential for “Grey Swan” hurricanes for three cities: Tampa, Florida, Cairns, Australia and Dubai, United Arab Emirates.

All three cities showed significantly increased likelihood for “Grey Swan” storm activity according to 7,000 hurricane simulations performed by the computer modeling teams. The odds of a “Grey Swan” hurricane are estimated to be about 1 in 10,000 given current climate conditions. But given a future of climate change, scientists believe these powerful storms may increase to 1 in 700, research results suggested.