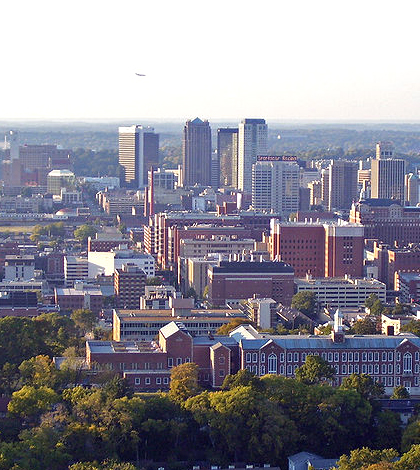 The study used surface temperature data from three inland Alabama cities that dated back to 1883: Huntsville, Birmingham and Montgomery. Researchers found they were able to create more stable and less noisy datasets when nighttime surface temperatures were removed.

In pristine conditions, a cool boundary layer is created at the Earth’s surface in the evening, but there is enough turbulence and heat rising off human-made surfaces in populated areas that the boundary layer is disturbed. The layer mixes with heat from higher in the atmosphere and raises surface temperatures, UAH scientists discovered.