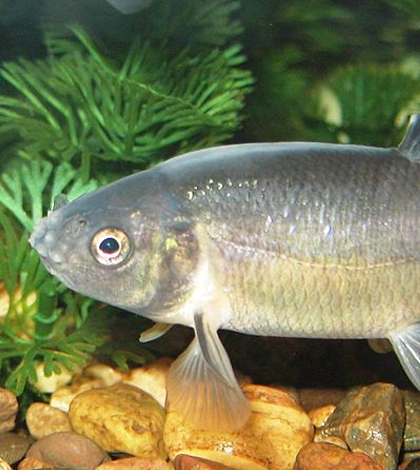 A drug used to treat diabetes is imparting some unlisted — and potentially dangerous — side effects in fish long after it leaves the human body.

New research from the University of Wisconsin, Milwaukee, suggests that the antidiabetic drug metformin is limiting the growth of male fish and causing them to develop female sex organs.

A paper detailing the study and its findings was published in the journal Chemosphere.

Metformin is taken by Type 2 diabetes patients to control high blood sugar. The drug helps the body properly respond to naturally produced insulin, and decreases sugar production in the liver and sugar absorption in the digestive system.

Measured by mass, metformin is believed to be the most abundant pharmaceutical found in waterways around the world. But most previous studies examining the environmental effects of endocrine-disrupting drugs in human effluence have focused on estrogens from birth control.

In the new study, researchers exposed fathead minnows to metformin concentrations representing those observed in aquatic ecosystems contaminated with human waste. The fish were exposed to the chemicals for about a year — from fry stage to adulthood — and were monitored for changes to sex organs, secondary sex characteristics and reproductive capabilities.

Interestingly, all mating pairs exposed to the drug still managed to produce eggs — albeit at a lower rate than their untreated counterparts — including three pairs with males that completely developed ova. Mating pairs treated with metformin laid 17 eggs per clutch on average, while the control pairs laid around 70.

Female fathead minnows didn’t seem to be affected by the drug, and showed no changes to growth rates or development of intersex characteristics.

The study’s findings indicate a potential growing threat to aquatic communities as pharmaceutical use rises around the world. From 2003 to 2012, global pharmaceutical spending grew an average of 6.2 percent per year, with the total market valued at $959 billion in 2012, according to an IMS Health report.

A seven-year study targeting one Canadian lake found that even low concentrations of estrogen in municipal wastewater could drive fathead minnow populations to the brink of extinction. Even psychiatric drugs can damage the sustainability of wild fish populations, as one study found that oxazepam increased feeding rates and overall activity while reducing sociality in European perch.

Pharmaceutical concentrations can manifest in both treated and untreated wastewater, and may be found in surface water and sediments. The U.S. Environmental Protection Agency has studied the aquatic impact of drugs and personal care products since 2006, and says that antihistamines, antidepressants and musks (scents in lotions, for example) are the most common chemicals found in fish tissue.