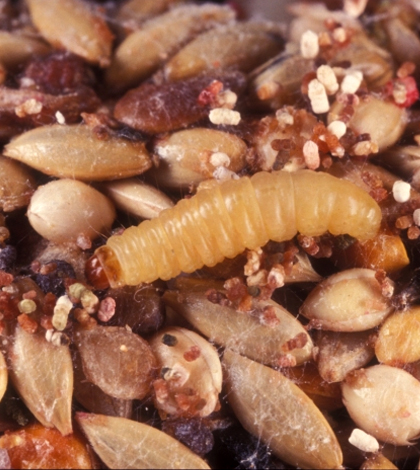 In what may be helpful in reducing waste everywhere, bacteria have been accidentally discovered that are able to digest polyethylene, according to a recent article in Chemical & Engineering News.

A Chinese researcher, Jun Yang, found that plastic bags of millet in his pantry had small holes in them. Intrigued, he also found moths and moth larvae in the bags. Deducing that the hungry larvae must have digested the plastic somehow, he and his team analyzed their gut bacteria and found a few that could use plastic as their only carbon source.

Not only could the bacteria from the guts of the Plodia interpunctella moth larvae metabolize polyethylene, they degraded it significantly, dropping its tensile strength by 50 percent, its mass by 10 percent and the molecular weights of its polymeric chains by 13 percent.

Yang and his team are the first in the world to show chemical evidence of bacteria that can actually degrade plastic. They have also inspired other researchers to search for more polyethylene-chewing bacteria in a host of other insect larvae around the globe.

Top image: Microbes, which can be found in waxworms, can digest plastic. (Credit: Lyle Buss)