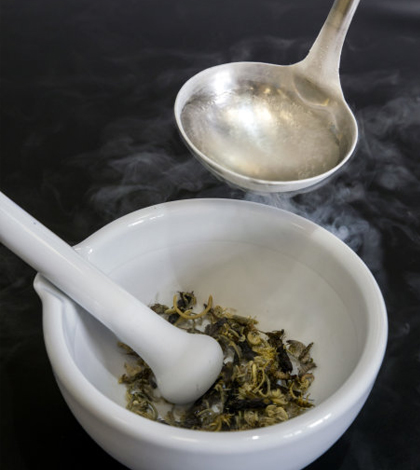 Water organisms in the study are macerated with liquid nitrogen in order to access the DNA. (Credit: Vasco Elbrecht)

The presence of certain organisms in a freshwater environment gives an indicator of the environment’s health. Traditionally, biologists are able to identify microorganisms by their appearance. However, this is a time-consuming process and requires a great deal of advanced biological knowledge. As the number of junior scientists able to perform expert morphological identifications dwindles, more and more researchers have turned instead to DNA identification to assess environmental health.

Researchers at Ruhr-Universitaet-Bochum in Germany, for example, have used DNA analysis of freshwater microbes to assess the health of flowing water, according to a recent press release. The DNA data were collected in support of the German Barcode of Life Project. In this project, experts identify organisms using their DNA barcodes, short strands of DNA unique to them.

Barcodes were collected and matched against an existing DNA barcode database. Organisms were correctly identified based on their short DNA barcode sequences about 80 percent of the time. While the DNA method provided qualitative freshwater species information, the information was not quantitative. In other words, it was possible to determine which freshwater microbes were present, but not how many.

Top image: Water organisms in the study are macerated with liquid nitrogen in order to access the DNA. (Credit: Vasco Elbrecht)