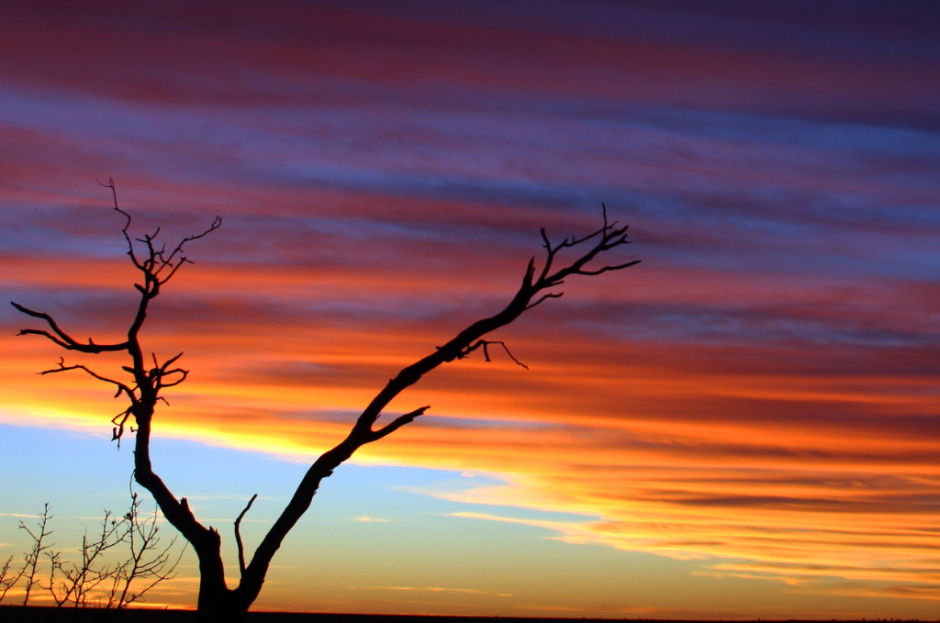 Africa’s Kalahari Desert used to be a much wetter place. Around 10,000 years ago, Lake Makgadikgadi covered most of the region before it went dry, leaving behind massive dunes.

But this region of Africa still has a little water left. Of course it gets rain — the wettest areas get around 20 inches each year while the driest receive 4 to 8 inches. The dryness belies that the Kalahari is home to Dragon’s Breath Cave, the largest underground non-subglacial lake in the world.

Discovery of the water body was made in 1986 and the cave, known for the humid air that rises from it, got its nickname. The lake at its bottom is so large that divers have only been able to chart its depths to 430 feet.

Thanks to a visit by the Discovery channel, we know that the lake has very clear water. Shielded from the elements, there is little wave action to kick up sediment. Its underground location keeps its water temperature stable.

Zero-sunlight conditions limit photosynthesis there. The only life forms are white shrimp and worm-like creatures, though some say it is home to the golden catfish, one of the world’s most isolated fish.

We imagine that the first explorers to Dragon’s Breath Cave got quite a surprise upon making the find. After all, its opening is just a deep, narrow passage.

Though there’s no record of it, one of them probably kicked a rock into the shadowy expanse – a perfectly normal way to gauge its depth. The rock bounces off a ledge or two, flicks off a branch and fades into darkness. The team leans closer, listening with shallow breaths for the end of the pebble’s journey. Was that a splash?

The next step was obvious – the team had to go in. No doubt they expected a simple cave. Maybe a few puddles at the bottom, some winged bats perched upside down. So they could see what lay ahead, they needed ropes, lights and climbing skills.

According to the International Association of Nitrox & Technical Divers – Southern Africa, the first passage is a rocky slope downwards for approximately 16 feet which ends in a small choke. Beyond the choke is a vertical drop of 22 feet onto a ledge. Another drop of 39 feet from there would have taken them to another ledge, with the last drop of 120 feet opening into a massive underground lake.

Have you ever been to the Kalahari Desert? Know of any other underground water bodies that are bigger than the one in Dragon’s Breath Cave? Please consider leaving a comment to share your thoughts!