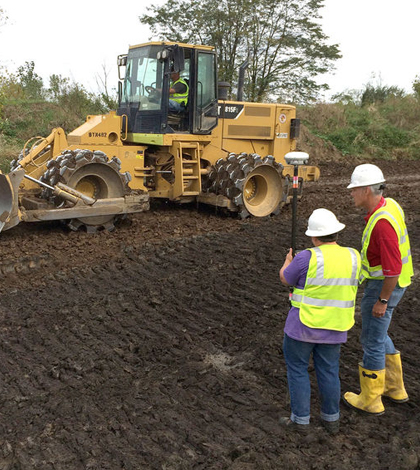 A project funded by the Great Lakes Restoration Initiative and the Natural Resources Conservation Service to seal off a possible Asian carp entryway to Lake Erie is underway, according to the Petoskey News. The project looks to close up the Eagle Marsh near Fort Wayne, Indiana.

The marsh has been listed as the No. 2 most likely location that Asian carp could exploit to gain a foothold in the Great Lakes. The No. 1 spot is claimed by the Chicago Area Waterway System, earning the ranking because of its direct and constant connection to Lake Michigan. The Eagle Marsh, on the other hand, is only usable as an Asian carp passageway during certain times of the year.

To seal off the marsh, project managers with the Indiana Department of Natural Resources are building an earthen berm that will stretch 80 feet in length and reach nearly 10 feet high. From there, the berm will be seeded with plants, namely wildflowers, bluegrass and other prairie greens. It will feature prairies on either side and directly divide the Eagle Marsh into two halves: one that flows into Lake Erie and another that drains into the Mississippi River.