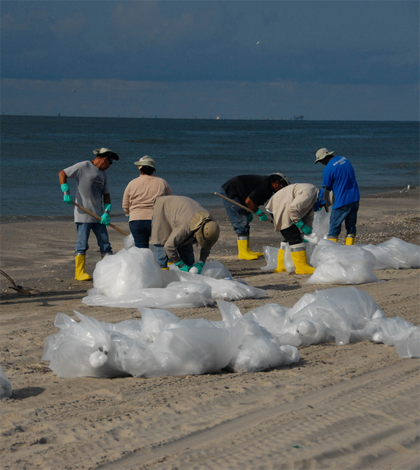 A new study led by researchers from the University of South Florida suggests that the 2010 Deepwater Horizon oil spill could be causing more damage along the Florida coast than originally predicted, the Tampa Bay Times reported.

After the spill, research showed no signs of oil around Tampa Bay’s beaches, which are roughly 80 miles from the Deepwater Horizon’s location. However, new research has shown that a major upwelling from deep within the Gulf of Mexico resulted in oil deposits reaching Tampa Bay and Sarasota Bay towards the end of last year.

Recent tests of the marine life around Tampa Bay show possible signs of mutation in species as small as bacteria and as large as dolphins.

Researchers are currently attempting to link the oil deposits to the mutations occurring in the area.