European Citizens Can Use Smartphones To Check Local Air Pollution 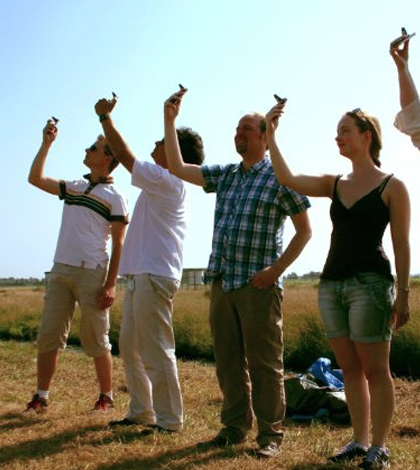 Following a successful test with Dutch citizens, a smartphone app has been rolled out in many major European cities which allows citizens to check pollution levels in their own locations, according to a recent Leiden University press release. The Dutch version of the program, called iSPEX, has now been expanded all over Europe and is called iSPEX-EU.

Using smartphones outfitted with small attachments called spectropolarimeters that turn the smartphones into optical sensors, ordinary European citizens can take particle measurements of their cloud-free sky via phone pictures and the data will be used to make particle maps all over Europe. Those will in turn become part of a drive to get crowdsourced information on particle pollutant size, filling in data gaps that currently exist because there simply isn’t enough monitoring equipment that can cover the area ordinary citizens can.

The amount, size, distribution and type of particle can be ascertained through the smartphone add-on. Information on the spectrum and linear polarization of the sunlight observed by the citizen in ordinary daylight can be measured as well.