Even Moderate Hypoxia May Threaten Many Species 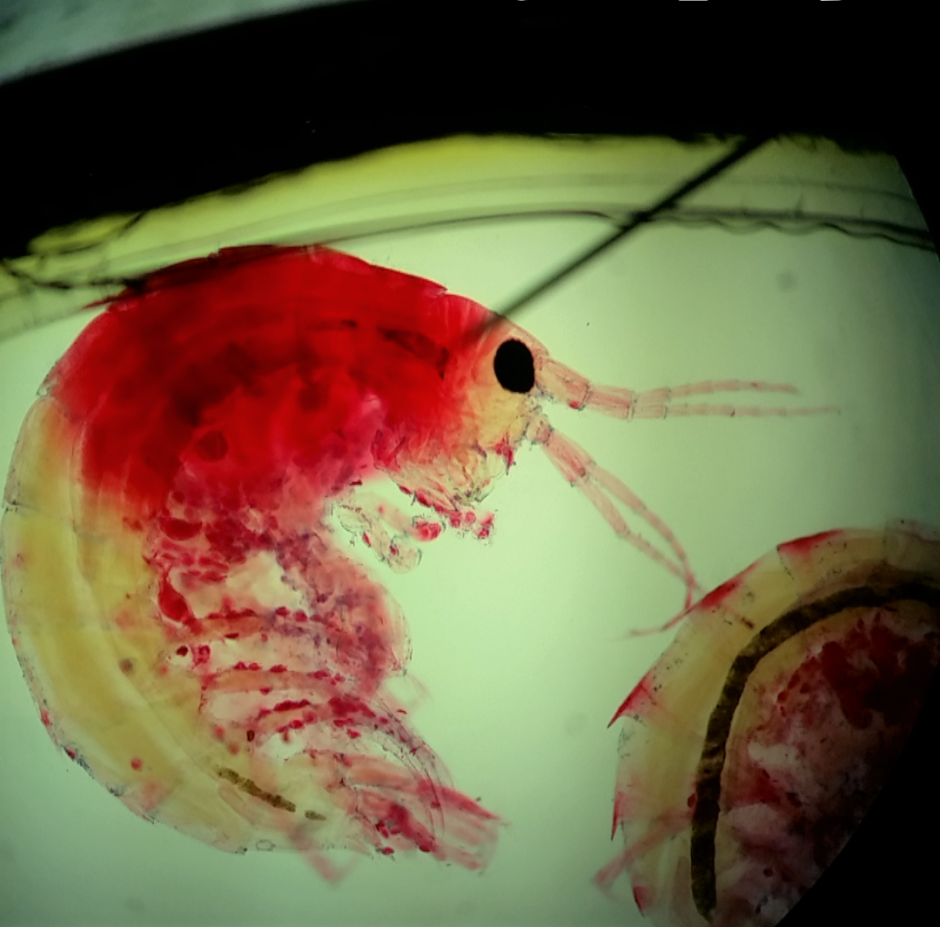 In recent times “dead zones” in the world’s oceans have received more attention—and rightly so. These hypoxic regions, such as the massive dead zone in the Gulf of Mexico next to the Mississippi River Delta, are characterized by oxygen levels too low to support marine life. However, new research from Plymouth University scientists reveals that even moderately hypoxic areas that are not yet dead zones threaten various marine species.

“Dead zones are growing in intensity and in extent, but hypoxia in the oceans is a continuum,” explains Dr. Truebano. “Our study investigates more moderate levels of hypoxia, as we are interested in the cost of surviving in hypoxic waters—dead zones may wipe nearly everything out but there are hidden dangers in animals seemingly surviving hypoxia, but paying the cost of doing so in terms of poorer growth, higher maintenance costs or impaired reproduction. So we are looking at sub-lethal, yet rather concerning effects.”

Hypoxia actually occurs naturally in certain parts of the marine environment, such as rock pools, estuaries, and deep fjords. This means that many marine animals might experience hypoxia at some point. In fact, organisms that evolved to live in these areas have also evolved to survive under those conditions of intermittent hypoxia. Therefore, they have adjusted their behavior, physiology, and life cycle to cope with occasional hypoxia—but the cost of the ability to survive under these conditions remains mostly unknown to scientists.

Now, though, researchers predict that both the duration and scale of hypoxic areas in coastal waters will increase in the future, and it’s not clear how that change will affect any number of species.

“The issue is that, as hypoxic areas spread both in space and time as a result of human activities, some animals are likely to be exposed to low oxygen in ways they have not experienced before,” remarks Dr. Truebano. “The warming of the oceans during the next century will result in quite a dramatic reduction globally in oceanic water, because warm water naturally contains less oxygen than cold water. So areas that have not been hypoxic are becoming hypoxic, and areas where we already see hypoxia will get worse. Severe hypoxia kills things—that is fairly straightforward and dramatic. But we have little information about the potential effects of seemingly moderate levels of chronic hypoxia, particularly when we consider different stages of the life cycle, rather than focusing on adults only.”

Hypoxic conditions may be hazardous to marine species’ health

The study reveals that even moderate hypoxia can seriously impact metabolic performance—and the extent to which it does may depend on whether adult specimens of a vulnerable species spent all of their lives under hypoxic conditions, or whether they are merely exposed to hypoxia over the short-term.

“In our study, adults exposed to hypoxia for one week, and then further exposed to decreasing environmental oxygen, manage to maintain their metabolism even when the oxygen in the water surrounding them was reduced,” Dr. Truebano describes. “However, when we carry out the same test in adults that had been exposed to hypoxia during their whole life cycle, from fertilization to adulthood, this ability to regulate metabolism breaks down. In fact, it appears they don’t develop it. Since metabolism plays a fundamental role in life, problems associated with hypoxia may include impaired growth and reproduction, altered behavior, increased susceptibility to disease and, ultimately, death.” The dead zone in the Gulf of Mexico is the second largest in the world. (Credit: By NASA, NOAA [Public domain])

As hypoxic regions swallow up more oxygenated areas, it seems probable that chronic exposure to hypoxia will be part of the life cycle for additional species. To date, most studies have focused on short term responses to hypoxia in adult specimens; the results of these studies have prompted scientists to classify various estuarine species as “hypoxia-tolerant.” However, this new research allowed the team to observe new detrimental effects caused by hypoxia that would not be apparent in previous short-term studies, and as a result, the team believes the number of species right now considered to be “hypoxia tolerant” may be overestimated.

“Much of what we know is based on short-term laboratory studies using adults,” details Dr. Truebano. “These are essential to help us understand the direct effects of low oxygen on marine animals, as well as mechanisms of tolerance and sensitivity. However, they do not always tell the full story. We have shown that a species that would be considered hypoxia tolerant when tested as adults under standard laboratory experiments, is compromised an adult, if reared under hypoxic conditions.”

The researchers studied Gammarus chevreuxi, a brackish water amphipod is both ecologically important and ubiquitous throughout the global marine environment.

“We chose this species because it is a key species in terms of the way the ecosystem it belongs to works,” Dr. Truebano clarifies. “It is important, both as food for other animals, and as decomposer, which means they break down dead organic matter. They release valuable energy locked inside dead and decaying organic material to be used in the ecosystem they are part of.”

For one week, the team exposed both adult and juvenile specimens to reduced levels of oxygen that are periodically and typically found in coastal regions, monitoring their responses. Although the wild adults maintained their oxygen uptake levels throughout the week of moderate hypoxia, their offspring—reared within those hypoxic conditions—were less successful.

The juveniles were notably smaller, due to their need to expend more energy merely to survive, and showed less ability to regulate their oxygen uptake. Therefore, the team concluded that short-term acclimation ability in adults does not predict the long-term ability of offspring, and therefore an entire species, to live under conditions of moderate hypoxia.

“Importantly, this species experiences marked fluctuations in environmental oxygen levels in its natural environment, and is therefore expected to be hypoxia tolerant,” adds Dr. Truebano. “Our observations could apply to other species typically considered hypoxia tolerant.”

In order to create hypoxic conditions for the species, the team needed to reduce oxygen and monitor its consumption.

“We enclose the animal in a sealed container and allow it to reduce the oxygen in its environment by breathing,” states Dr. Truebano. “The container has fitted within it a small oxygen sensor. This allows us to measure oxygen placing a probe against the sensor, in contact with the exterior of the glass vial, so we do not have to open the lid and no air gets in or out. So we can estimate how much oxygen the animal consumes as the oxygen declines.”

The sensors work based on the principle of dynamic quenching of luminescence by molecular oxygen.

“A sensor is attached to the internal wall of the experimental vial, which also contains the animal,” details Dr. Truebano. “During the experiment, we use a fiberoptic cable to shine UV light on the sensor, which glows when excited. Oxygen inhibits how much the sensor fluoresces so as the oxygen decreases, the measurable luminescence signal increases.”

The team also carried out next generation sequencing in animals exposed to normoxia and moderate hypoxia for one week in order to observe some of the potential mechanisms at work in the animals as they responded to low oxygen.

“We used an Illumina HiSeq 2000 sequencer, and sequenced over 200,000 genes,” adds Dr. Truebano. “We have been working on analyzing this large dataset using bioinformatics and we’ll soon be publishing those results.”

Obviously, these results indicate that dead zones aren’t the only problem to come, and that even moderate hypoxic regions may have serious implications for a range of species. For this species in particular, we can expect to see a ripple effect on other species as well, because Gammarus chevreuxi play a vital role in the food chain. Ultimately, we may witness vastly reduced biodiversity in ways we cannot yet predict. “Oxygen is essential for life on this planet,” remarks Dr. Truebano. “Hypoxia, at best, results in reduced growth, reduced reproduction of animals and impaired ecosystems. The suggestion that we may be underestimating the number of species at risk by focusing on short-term studies in adults is of great concern.”