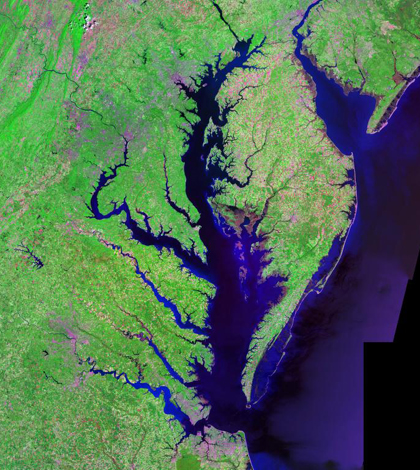 Over the past twenty years, researchers have found significant increases in algal blooms in Chesapeake Bay, according to a release from the University of Maryland Center for Environmental Science.

A recent study linked the increases in algal blooms to increased nitrogen runoff into the Bay, linked to increasing human populations in the Baltimore-Washington, D.C. region and an increased use of the watershed for agriculture.

In addition to the general increase in algal bloom events, researchers also noticed increases of primary microorganisms driving algal blooms in the Chesapeake Bay, including cyanobacteria. Cyanobacteria are known to cause trouble in freshwater systems.

Researchers believe that reducing nutrient pollution, especially nitrogen levels, would put the Chesapeake Bay and other similar bodies of water back on the road to recovery.