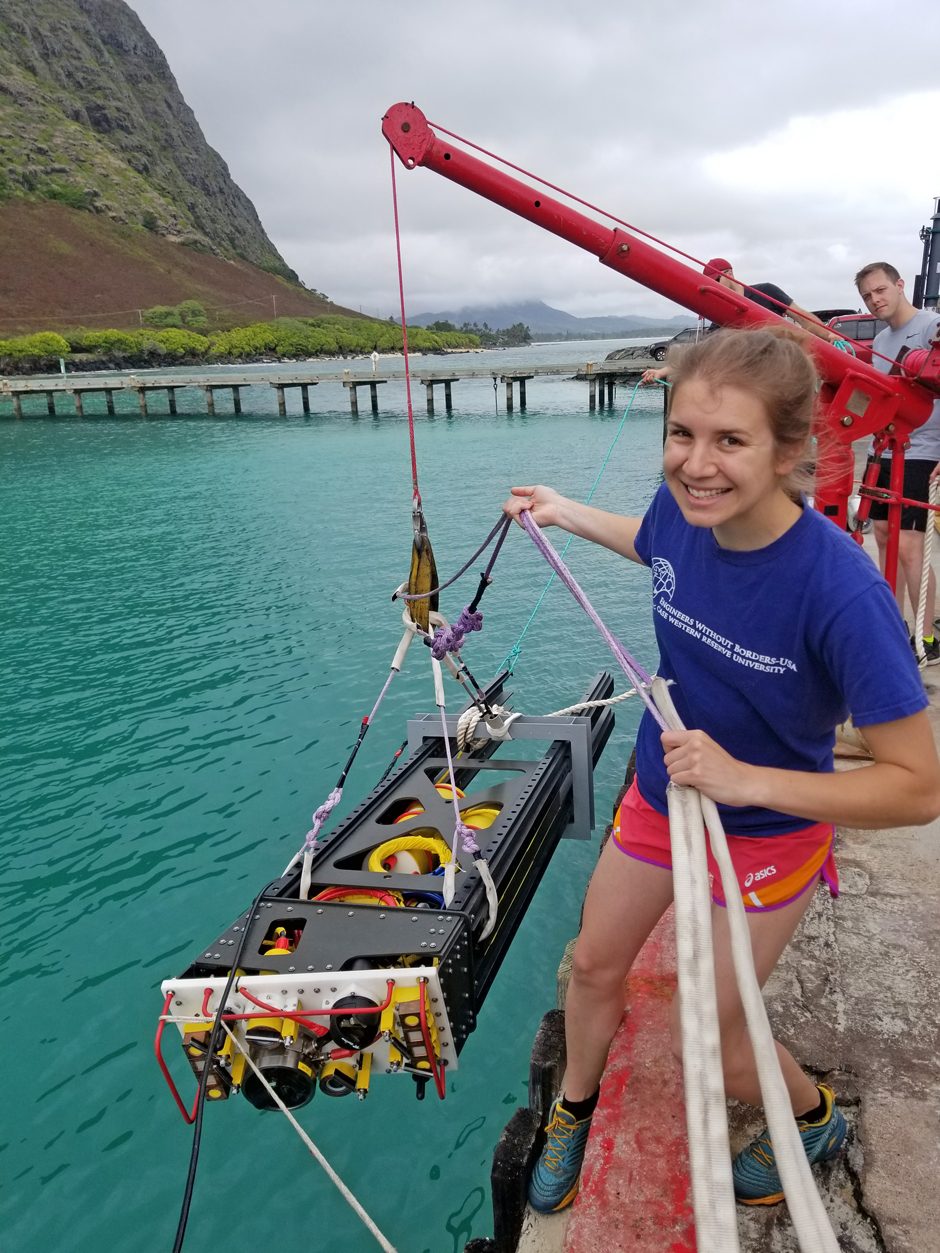 For as long as scientists have been studying the ocean, they have been limited by a lack of power. However, recent work from researchers at the University of Washington (UW) offers a promising new way to harvest energy from waves at sea. UW associate professor of mechanical engineering Brian Polagye spoke to EM about a recent project that used wave energy to power one of UW’s Adaptable Monitoring Packages, or AMPs.

“Our work in this area has really been ongoing since about 2012,” explains Dr. Polagye. “We put our first prototype AMP in the water back in 2015. Since then, it’s been going through successive evolutions, variations on the package.”

The AMP is a package of integrated oceanographic sensors and the team talks about the AMP in terms of technology generations.

“The first generation technology allowed us to run all the sensors over one cable,” states Dr. Polagye. “The second generation of the technology let us get all the data back in a consistent format. The third-generation technology, which is the most recent version, is actually using that data in real time to adjust how we do sensing and observation.”

Dr. Polagye is the director of the Pacific Marine Energy Center (PMEC), a collaboration between the University of Washington, Oregon State University, and the University of Alaska, Fairbanks. PMEC is an umbrella organization that unifies substantially all of the marine energy research and development, education and testing going on across the three institutions, and in aggregate size, it is among the largest marine energy research centers in the world.

“My lab is one of the foundational labs within that center,” states Dr. Polagye. “We’ve been working on marine energy now for about 10 years. We’ve learned a lot, but I feel like we’ve just really scratched the surface of what we can do, both in terms of ocean observation and in terms of marine energy to power systems. I think it’s a unique and successful center because we have awesome students, faculty, and staff that want to work on any sort of challenging problem, where you can basically see the societal and environmental relevance to your work, and I think that that’s kind of a sweet spot for research.”

Back in 2012, when machine learning was not nearly as mainstream as today, Dr. Polagye and the team had a vision of what the system would look like—one that has since been achieved and exceeded. 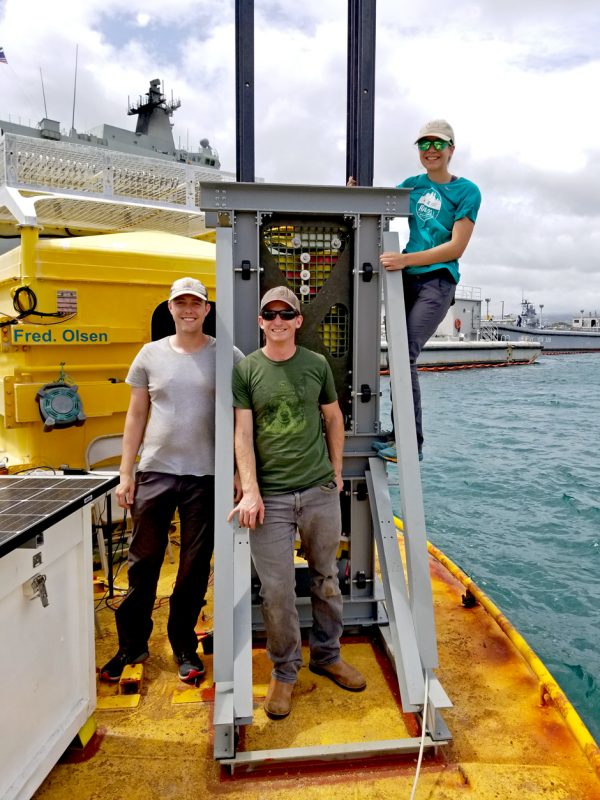 “It’s been a wonderful time to work on both the machine learning aspect of the project because that’s been developing so rapidly, but also on the ocean engineering side of the project,” remarks Dr. Polagye. “The cost of doing things in the ocean is really coming down. We’ve been able to take advantage of those revolutions in both software and hardware.”

For many researchers, the cost of simply doing business underwater, so to speak, is among the biggest obstacles—but that is changing.

“For systems like the AMP, it’s changing, and for some of the smaller scale systems we have now, it’s changing pretty quick too,” comments Dr. Polagye. “We’re just using off-the-shelf, consumer-grade microcomputers to run them, like BeagleBones, Raspberry Pis, and Arduinos. Blue Robotics has made ROV components available to the mass market, making them an alternative to expensive custom solutions, if you’re in relatively shallow water. We can tap into that to bring costs down.”

They were also inspired by an xkcd comic about Asimov’s three laws of robotics.

“The AMP is basically a system that’s trying to satisfy three priorities in order of priority, details Dr. Polagye. “The first is making observations without disturbing marine life. The second is to make sure that we capture all the rare and interesting events. The third is to avoid producing so much data that we can’t work with it.”

Prioritization matters, because there are various ways to run the system to ensure that rare events get captured without building up an unmanageable amount of data—but it is essential to operate the system without biasing the animal behavior, or in the end, the AMP would merely study environmental responses to itself.

“The AMP is really targeted to do all three of those things in that order of priority,” Dr. Polagye describes. “To do that, you need to have the hardware to bring all the sensors together, but then you also need the software to blend and use all the data streams in real time, to not bias animal behavior, and to make sure that you’re actually capturing rare events.”

“Initially it was for looking at tidal turbines, and the question of marine mammal or fish collisions with turbines,” explains Dr. Polagye. “There are also persistent concerns about the possibility that whales or sea turtles could become entangled with mooring lines. These are low probability events, but if they occur, they can have significant outcomes. The AMP system was really designed to try to capture that sort of interaction.” 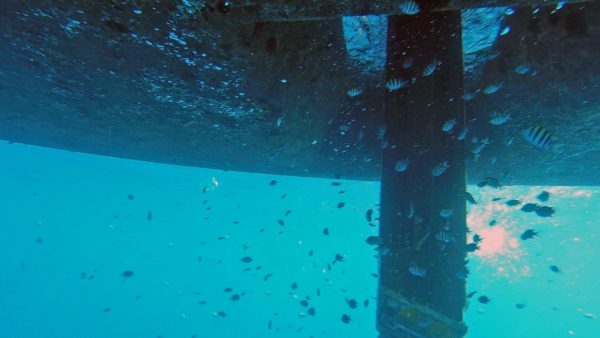 However, according to Dr. Polagye, the trick with trying to capture these kinds of rare events is that it’s not typically possible with just one sensor. More sensors mean more data—sometimes too much.

“You end up needing to throw sonar, optical cameras, and passive acoustics at these sorts of events to actually make sure you capture them and really understand them,” remarks Dr. Polagye. “The trouble is, when you throw all those sensors at the problem, it’s unwieldy to transfer and query the data. We did some calculations on an earlier generation of the AMP, and if we ran all the sensors continuously, and logged all the data, at the end of a year, we’d have filled a metric ton of hard drives.”

“If you start increasing the number of sensors, a lot of the benefit you get is that initial machine learning that says, ‘Is something interesting potentially going on right now?’ because that basically reduces your data by an order of magnitude, or more than an order of magnitude,” adds Dr. Polagye. “That’s the data mortgage problem in marine energy; you collect so much data that you’re basically spending all your time curating it and not any of your time actually working with it. This is a strategy of deciding what you think is going to be useful on the front end and then only saving that, which makes it much easier to do analysis on the backend.”

“A revolution in ocean sensing”

The work at the Ocean Observatories Initiative has allowed scientists to deploy higher bandwidth sensors in some of the deep ocean places that had previously been unexplored, and Dr. Polagye believes this may lead to major breakthroughs for marine researchers.

“There is a real revolution coming in ocean sensing,” he remarks. “One of the revolutions that are going on in marine energy right now is this thought that, right now, marine energy generation may be well suited to basically provide power in the oceans in places that we don’t have power currently.”

From October of 2018 through February of 2019, Dr. Polagye’s team powered a version of the AMP  a wave converter that was being tested off the coast of Hawaii. With the two systems working in concert, the team was able to make observations as if they were connected to shore via cable, but without that connection.

“We’ve had something north of 80% uptime on the system since it was deployed,” reports Dr. Polagye. “It’s basically like a really small microgrid. The load is our sensor system; the supply is wave energy. We have some batteries on board. But this is a case where the two sides of my lab really came together and worked in concert to answer the question of, ‘We’re interested in really understanding an area of the ocean better. Rather than running a cable all the way out into the ocean to do that, why not power these sort of observations off of wave energy?’”

In fact, offshore wave energy presents a host of market opportunities, the grid only being the most obvious. 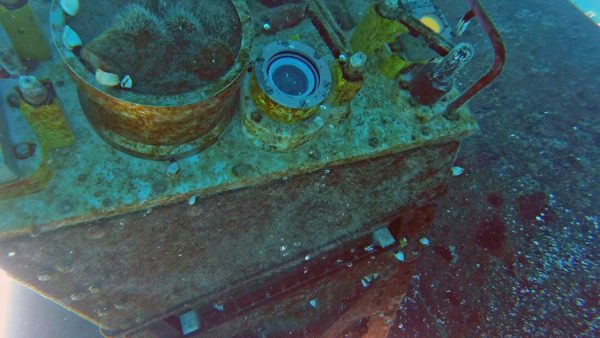 Sensor head after 2 months – fouling does not really affect the sonars, but we have wipers to keep the optical ports clear. (Credit: Dr. Brian Polagye, Pacific Marine Energy Center)

“If we had tried to run the AMP off of batteries, we would’ve consumed the equivalent of about 800 lead-acid car batteries over the deployment,” comments Dr. Polagye. “You start looking at just the cost of that many expendable batteries, and you quickly see that packing 800 batteries into an oceanographic platform is not tenable. It’d be all batteries and no sensor.”

This highlights the perennial problem faced by anyone trying to get data from the surface to shore.

“I think it really does point to this interesting no man’s land we have between all the things we can do if we have a cable, and how power-starved we are when we’re forced to deal with batteries,” remarks Dr. Polagye. “When you’re an oceanographer and you’re dealing with batteries alone, it’s like, ‘Okay, how do I get a sensor that has the absolute minimum sensor power draw I need to even get close to the observation I want?’”

As elaborated in a recent report by the US Department of Energy’s Water Power Technology Office, wave energy could unlock new and interesting oceanographic applications from offshore aquaculture to recovery of rare earth elements from seawater that have not yet been on the table.

“If suddenly you have, not unlimited power, but say a kilowatt of power for an oceanography application, it’s effectively unlimited,” states Dr. Polagye. “Better ocean observations, persistent AUVs that live all over the ocean ridges that are just studying the ocean continuously. One example is the Malaysian Airlines flight that went down three years ago now, without a trace. There was an 18-months’ search to try to find the transponder that was very much constrained by mobilizing vessels that could recharge AUVs or operate ROVs. If in the hours after that, you could have air-dropped AUVs and wave recharge stations all over the Indian Ocean, we could have dramatically improved the likelihood of finding that plane.”

Without the need to mobilize ships to do search and rescue activities because it’s possible to generate power from waves subsurface, natural disaster rescue efforts could also be more effective.

“During and after the recent Indonesian tsunami, all their tsunami buoys were offline from damage or vandalism, because they have solar panels on the surface,” adds Dr. Polagye. “If those could operate subsurface they might have been operational.”

Now, a company called MarineSitu is working to take the AMP technology to the market.

“MarineSitu is a university spin-off supported by CoMotion with the aim of transitioning the AMP technology from the university to industry,” comments James Joslin, founder and president, and a marine engineer. “By offering these new capabilities to larger industries, MarineSitu’s goal is to reduce the cost of environmental monitoring and lower regulatory barriers to marine energy projects.”

To see a video highlighting the team’s efforts go here!