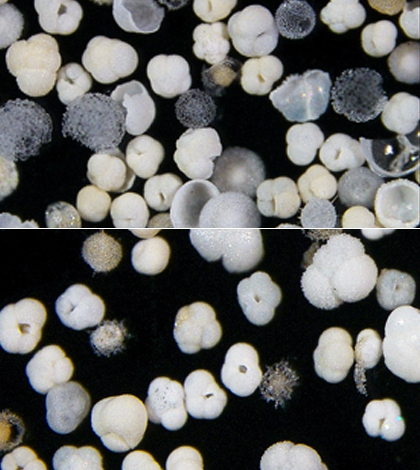 Scientists previously believed it would take a very long time for climate change in polar regions to affect the southern parts of the globe, but recent research shows that only 100 to 200 years need to elapse before the former’s climate influences the latter, according to a release from Cambridge University.

Using marine sediment core data including planktonic fossil evidence along with climate models, researchers at the university were able to reconstruct ancient events from the last Ice Age, which include an energetic North Atlantic water mass and a relatively sluggish South Atlantic water mass.

Fossils in the sediment cores showed considerably less corrosion of planktonic organisms under the influence of the energetic northern mass as opposed to the southern mass, indicating which water was influencing the ancient plankton. Climate models matched the sedimentary evidence well, suggest that climate change and ocean currents are closely linked.