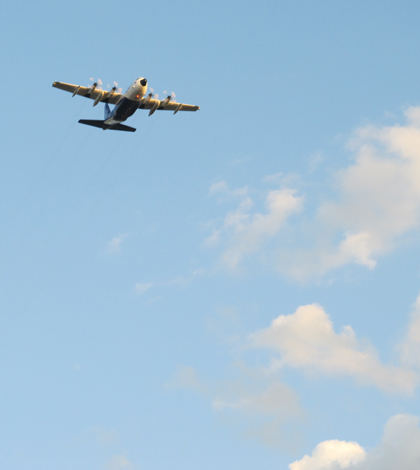 Frappes are foam-covered, icy drinks made with a little cream, sugar and instant coffee. Taken separately, their ingredients aren’t that savory. But when they’re all mixed up, the result can be quite delicious.

Because of its good combination, the icy coffee drink is the namesake of a study that brings together many different sets of expertise and technologies to study air quality near Denver. FRAPPE, or the Front Range Air Pollution and Photochemistry Experiment, is headed up by scientists at the National Center for Atmospheric Research, or NCAR. They are hoping to learn more about summertime ozone levels in the Denver area, which have recently risen above air quality standards.

“Most of the instruments (we’re using) are state-of-the-art, custom-built instruments that measure things we’re interested in looking at,” said Frank Flocke, scientist at NCAR and a principal investigator on the project.

The large-scale effort bringing together some 200 scientists, students and support staff is using five research aircraft equipped with sensors and other sophisticated tech to measure ozone, carbon dioxide, methane, hydrocarbons, nitrogen oxides, nitrates, ammonia and all sorts of other smog builders. Those airborne data sets are being combined with others from ground stations, mobile radar and balloon-mounted sensors.

“The Denver area is a very diverse area as far as emissions go. Some come from transportation, oil and gas, extraction activities, industrial plants, animal feeding operations, agriculture and other sources,” said Flocke. “And the northern Front Range is the main receptor for all these emissions.”

“Any models of the Front Range have issues getting the air quality right,” said Gabriele Pfister, a scientist at NCAR and also a principal investigator on the project. “This study will help us to improve ozone and air quality models near there. Simulating that near the mountains is a challenging thing.” That’s where NASA comes in. The space agency is also making research flights over the Front Range through its ongoing DISCOVER-AQ effort that has dissected air quality in regions across the country. Its stint near the Front Range coincides perfectly with FRAPPE, which is continuing into mid-August. “We’re working very closely with the DISCOVER-AQ folks and we try to fly our craft at the same time,” said Flocke.

There are other areas around the United States with similar mountainous terrain influencing their air quality, like Sacramento, Salt Lake City and places east of the Appalachian Mountains. When a place is situated just right, Flocke says, mountains can sometimes control air flows.

Near Denver, those flows may be contributing to higher ozone levels. Flocke and Pfister hope that FRAPPE will reveal if that is the case so the state of Colorado can determine where practical steps can be taken to cut emissions that later form ozone in the atmosphere.

“Even with the state agencies that do surface monitoring, many areas have no measurements at all,” said Pfister. “With these data, we can fill the gaps. And we can also capture what is coming in from outside the region to get measurements that cover a larger area.”