Future Ocean Acidification May Help Some Phytoplankton, Decimate Others 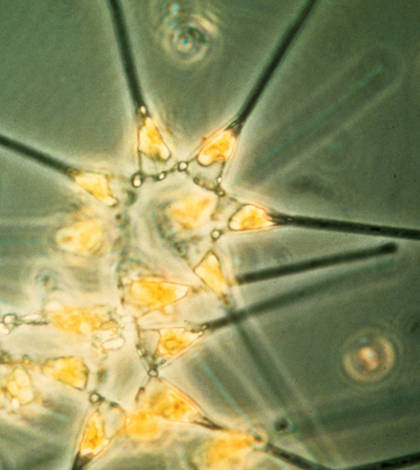 The oceans of the world continue to acidify as they take up more carbon due to human activities. The acidification will cause many disruptions in the future, especially among phytoplankton, who are the basis of the entire marine food web. Scientists’ modeling simulations have found that some phytoplankton are likely to flourish under acidification while others may become extinct, according to a recent press release from MIT.

Researchers performed a meta-analysis to reach their conclusions. They poured information gleaned from 49 papers into computer modeling simulations utilizing a global circulation model which incorporates ocean currents, temperature and salinity, as well as an ecosystem model that simulated the behavior of 96 different phytoplankton in the acidic oceans of the future.

After many generations of reproduction at certain conditions, phytoplankton species reach an equilibrium with each other, scientists note. But when environmental conditions change, altering how the phytoplankton grow with respect to each other, the entire consortia changes and the species balance is shifted, resulting in a new consortia distribution. The results suggest that although some plankton will survive and thrive under the new conditions, others will migrate and still others could die out forever.