Gauging The Future Of Alaskan Mammals By Looking At Their Past 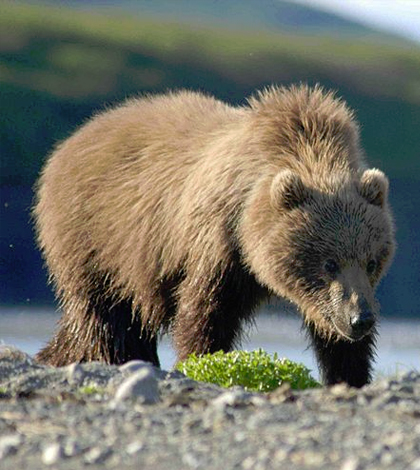 To forecast the future effects of climate change on Alaska’s mammals, scientists are looking to the past. And the future they predict doesn’t look that good: shrinking habitats.

In an investigation led by the U.S. Geological Survey, researchers used field work and genetic analysis techniques to see how different kinds of mammals from Alaska had responded to changing climatic conditions in the past. From there, they looked to predict their resiliency moving forward.

“Within the biotic province of Beringia, we analyzed specimen localities and DNA sequences from 28 mammal species associated with boreal forest and Arctic tundra biomes to assess both historical distributional and evolutionary responses and then forecasted future changes based on statistical assessments of past and present trajectories, and quantified distributional and demographic changes in relation to major management regions within the study area,” the researchers write in the study published in Ecosphere.

The assessments were completed using species distribution modeling that relied on bioclimatic data from the WorldClim dataset. In that part of the effort, scientists also considered data on both future and Last Glacial Maximum from the Coupled Model Intercomparison Project Phase 5 (CMIP5) and three general circulation models.

Genetic analysis techniques relied on sequences of genes retrieved from GenBank, a total of 1005 specimens. Researchers maintained the sample size within each taxon to between 6 and 176 while sequence length was held constant within each.

In addition, the scientists focused on three U.S. federal management regions to dissect how species shifted. “Since these mammals experienced past climate cycles, we were able to interpret signatures of population level responses to those climate events recorded in their DNA, and then also use that information to predict likely shifts in animal distributions throughout Alaska into the future,” said Andrew Hope, lead author of the study who completed the work while a doctoral student at the University of New Mexico, in a statement. Hope is now a researcher at Kansas State University.

He worked on the project with researchers from the USGS, the U.S. Fish and Wildlife Service’s Arctic National Wildlife Refuge, the City College of New York and the University of Nevada-Reno. Hope says that most of the genetic analyses took place across different laboratories and covered a time period of decades.

“This approach allowed us to examine the consistency among predicted changes to distributions and determine whether there are differences in management implications across regions,” said David Payer, chair of the Arctic Landscape Conservation Cooperative (USFWS) and a co-author of the study, in the release.

All of the methods came to two main findings. Biodiversity of tundra-associated Arctic mammals will most likely be concentrated in the northern areas of the Arctic in the future. These include regions like the Arctic National Wildlife Refuge and the National Petroleum Reserve of Alaska. Species associated with boreal habitats, researchers found, are exhibiting a shift into northern tundra habitats where they’re not currently found.

These shifts mean both tundra- and boreal-associated Arctic mammals are predicted to have smaller habitat ranges in the future.

For the complete methods and results of the study, check out the full investigation published under open-access license in Ecosphere.