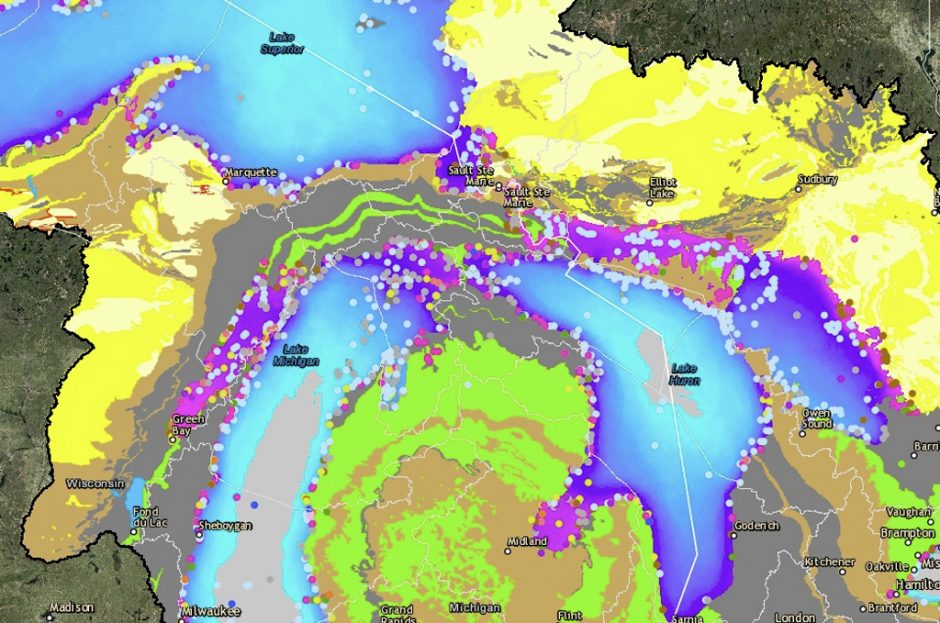 Incredible amounts of data have been collected on Great Lakes ecology, so much so that it’s hard to keep track of it all. But things might be getting a little easier, thanks to efforts by scientists at the University of Michigan who have devised the first geospatial database of the Great Lakes.

Called the Great Lakes Aquatic Habitat Framework, or GLAHF, it is the first such database to bring together so many datasets. These cover a number of categories, including biological, chemical and hydrologic measurements, among many others.

In addition to its massive trove of data, the framework also offers a resource for researchers in both the United States and Canada. Its developers tout that scientists from both nations served on an advisory board overseeing its development. The result, they say, is a bi-nationally relevant geospatial database.

Officials at the University of Michigan worked with a team of developers to create the ecosystem management tool, employing “design thinking” methods to maximize the usability of the interface. This resulted in the entire Great Lakes basin mapped on a multi-layered grid, permitting researchers and managers to overlay and examine data such as temperature, ice-cover duration, water depth, aquatic vegetation and wave height for every location in the basin.

Scientists say that the ability to quantify and compare hydrologic and landscape-scale data for watersheds of the Great Lakes that reach across multiple jurisdictions is incredibly valuable as a management tool. Funding for the development of the GLAHF geospatial database was provided by the Great Lakes Fishery Trust and the Michigan Department of Natural Resources.