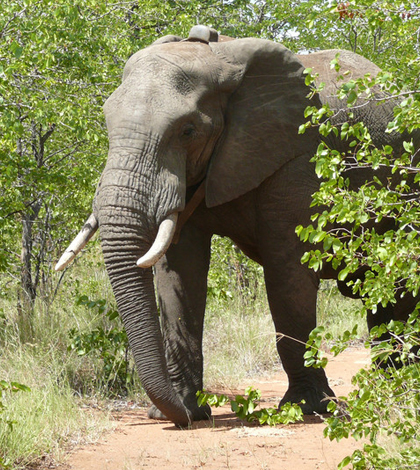 Elephants have some of the largest ranges of any animal in Africa.They can routinely travel 20 to 40 miles in a day. Not surprisingly, this makes for tough work when trying to protect them against poachers.

But what if it were possible to pinpoint the high-vulnerability areas and make more efficient patrolling easier? Using a geographic information systems (GIS) approach, researchers from Penn State University set out to test the idea in the Tsavo ecosystem in Kenya.

What was clear to the researchers is that elephants need water, so poachers exploit that need by searching for the creatures in areas with features like rivers and lakes. But at the same time, the poachers require roads from which to stage their trapping. It was this intersect that the scientists tried to map in the GIS effort, aiming to find statistical evidence of just how important each region was to patrol.

With that information, researchers were able to create a habitat model for elephants with likely access points for poachers.They identified high-risk areas for poaching throughout the region and made recommendations for locations of surveillance or guard stations, which could help conservation agencies optimize their efforts.

For the open areas that are difficult to patrol, they suggest using drones to monitor them more cheaply. A helicopter could cost tens of thousands of dollars a week to run, but drones can fulfill the same mission for a fraction of that. To optimize that idea, the scientists forecast what the most efficient drone flight paths would be to cover locations with the highest risks of elephant poaching.

Using basic GIS techniques and GPS gear, researchers modeled coverage areas that drones with many different camera types could effectively monitor. They also pinpointed the time required to cover areas for each drone in order to help managers choose the best equipment to meet the needs of each region.

Those methods, as well as the habitat analysis completed for the Tsavo ecosystem, can be employed in other regions around the world to help protect threatened wildlife from poachers.

Full results of the GIS effort, including more on methods and results, are published in the journal Tropical Conservation Science.