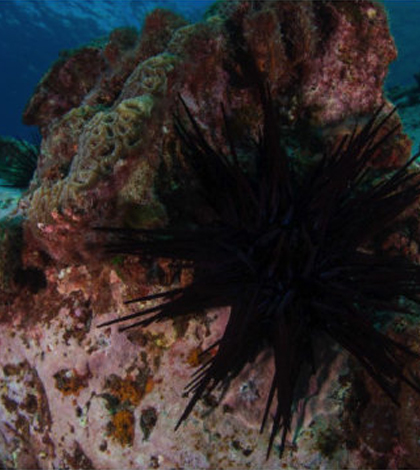 The urchin has moved into the waters of Tasmania, leading to large-scale community change. (Credit: Rick Stuart-Smith)

Globetrotting marine organisms are more likely to survive climate change than ones that prefer to stay at home, according to a recent University of Southampton press release. Marine organisms capable of traveling significant distances are able to make their way to cooler waters and survive; many are also habitat generalists and are able to adapt to environmental differences due to their wanderlust, scientists have found.

Tiger sharks, short-tail stingrays, barren-forming urchins and filter-forming barnacles are all highly adaptive species in the area which scientists found to show large range expansions, turning up farther south than they had ever been recorded. Other relatively insular species, like the spotted handfish, barely moved.

Top image: The urchin has moved into the waters of Tasmania, leading to large-scale community change. (Credit: Rick Stuart-Smith)