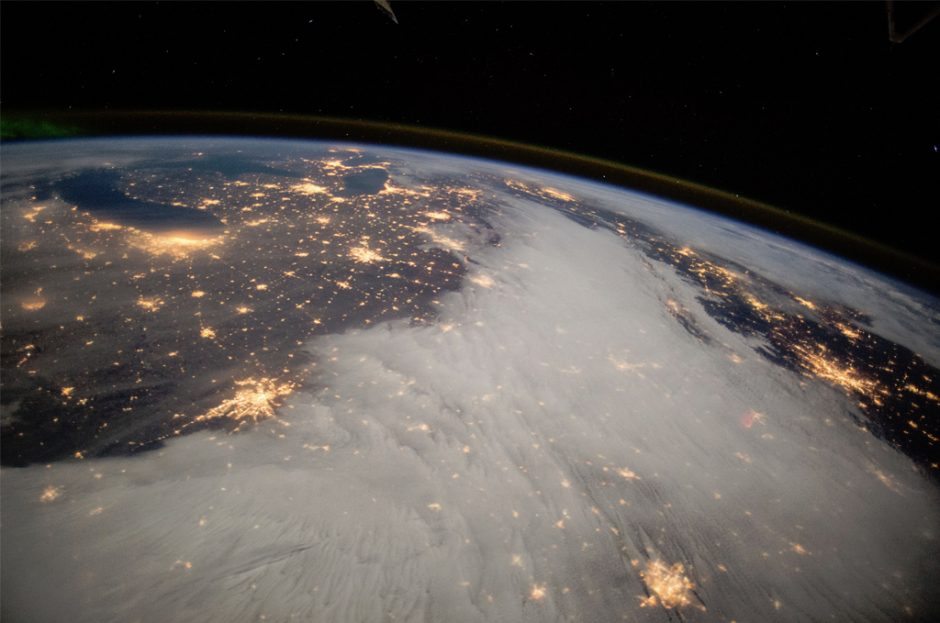 The Great Lakes as seen from the International Space Station. (Credit: NASA)

What a year it has been for Great Lakes water temperatures. According to data from the Great Lakes Environmental Research Lab, all of the lakes are warmer than they were in 2015. And while a few of the water bodies have hit what is likely to be their warmest, Lake Superior still has a ways to go, as it typically reaches its hottest in September annually. Its surface is currently just over 66 degrees Fahrenheit, on average.

As for Lakes Erie, Huron, Michigan and Ontario, their surface temperatures peak usually in July and August. We can see now that the difference between this year and last is pretty large.

As for subsurface temperatures, they vary largely with depth. Nearer to the surface, temperatures can be near the 70s while temperatures in the 50s are possible much farther down.

Experts believe that a warmer than normal winter has helped to spur the surge in Great Lakes water temperatures. High air temperatures during this summer have likewise helped to continue the trend around the basin. And this year is clearly in contrast with lake temperatures from 2013 to 2015, which plunged against averages.