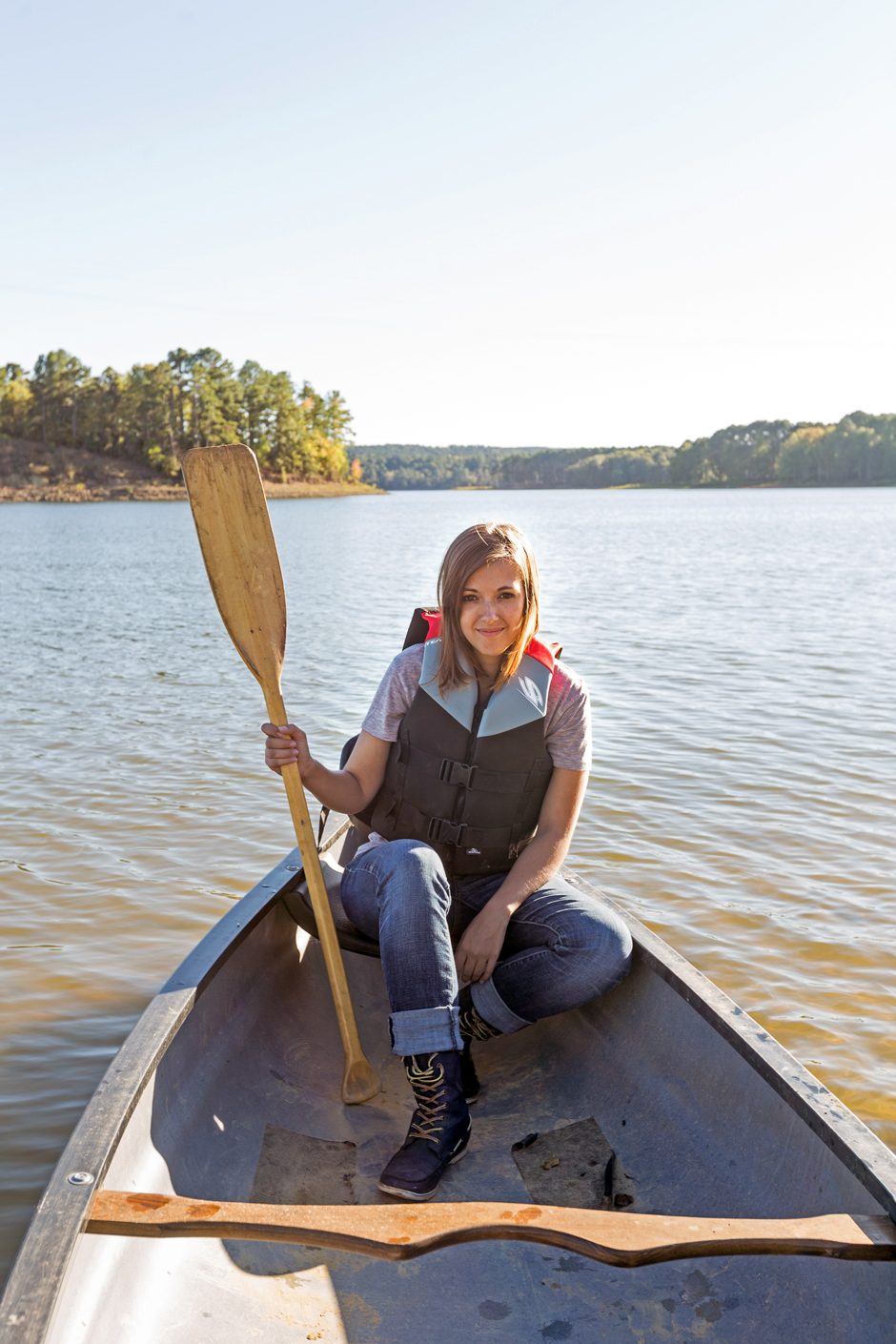 “That was all I knew,” remarks Dr. Engman in a conversation with EM. “We came up with a list of items, and at the end we just kind of tacked on, ‘But if they really want to make a difference, here’s what we really want,’ and mentioned a field station. I told the president I don’t know if it’s feasible for a small university like us to support a place like this. Looking into it, about four or five weeks later, I got a call that he had a check for over a half million dollars and an order to not go over budget.”

This was a dream come true for Dr. Engman, and a huge boost for the department and the community.

“Working for the state, I never thought we would have one of these,” explains Dr. Engman. “My life was changed by field stations in Illinois, Northern Alaska, and Panama. I know that field stations change lives, I always wanted one. And for us as a small school in a poor state, to have this, where your students walk through the front door and fall in love with the place, it’s really special.” 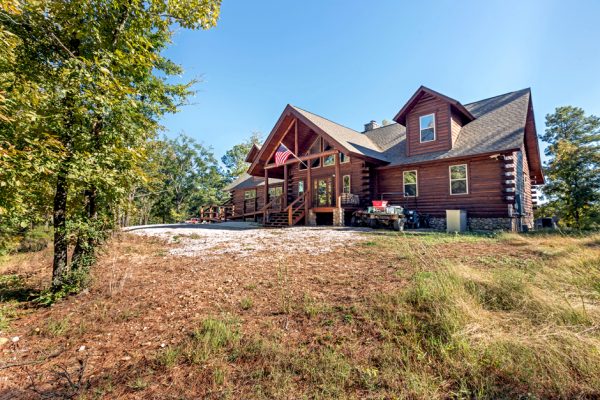 The field station’s grand opening was in fall of 2011.

“We offer a number of classes that meet here, such as behavioral ecology, ornithology, phycology,” details Dr. Engman. “When I teach my summer classes, I take students out of the country to the tropics, so we’ll stay out at the field station for a week or two first to get the background material covered, learn how to use some equipment, and learn how to snorkel, et cetera. We use it as a destination for lots of field courses, like dendrology, entomology, herpetology, ichthyology, general ecology and aquatic ecology. So although those classes meet regularly on campus, we use the station as a field trip destination, and it makes it nice and easy to do some sampling.”

The field station allows students to work—but also to play, in a topical way.

“We also use it for social events, so biology club will go out there and they may have a weekend where they spend Friday night, and they take their XBoxes, and their movies and eat pizza,” adds Dr. Engman. “And the next day they’ll work on renovating a boat or maintain the trails or go kayaking or canoeing.”

The field station is even available for public use when the HSU team isn’t using it for science.

“We actually kind of designed it with that in mind, the idea being if we’re not doing any science out there or we’re not using it, there are people who would be really interested in basically, supporting us with some funds to spend a weekend at a 7,000 square foot log cabin that’s right on a lake,” comments Dr. Engman. “We’ve got outside people who use it, so various education groups in the state will come in. The Arkansas Environmental Education Association had a weekend-long board retreat out there with teacher workshops.”

Sometimes, the station’s educational and outreach missions even connect, allowing students to sink more meaningful roots into the community.

“We’re having a fishing derby for individuals from the local Human Development Center,” Dr. Engman describes. “These are about a dozen people with developmental disabilities, and we’re going to hook them up with some fishing gear, and match them up with students. We’ll have barbecue food, games, and boat rides. One of the big donors for our field station spent her career as a physician at a Human Development Center out in North Carolina, and this is something that we’ve always wanted to do. We’re really excited about that.”

At this point, the SBFS team is working on expanding what the field station is doing and what it means in the community. 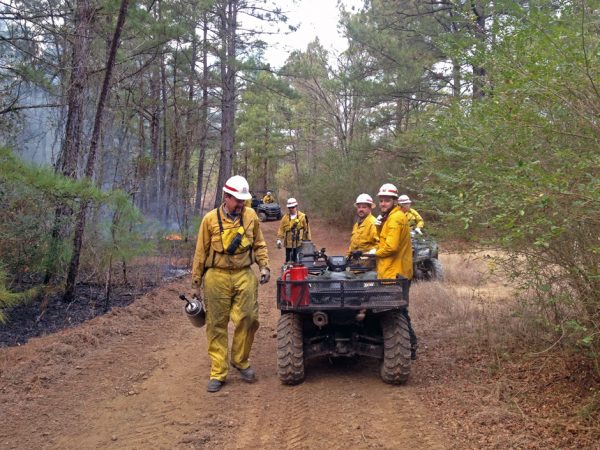 “We’re really trying to do more, and we’ve got that ability because I would characterize our use level as moderate,” states Dr. Engman. “We really want to make sure that it gets as much use as possible because it is such an outstanding place. We’re so lucky to have it.”

Making the most of a flexible facility

Even as things continue to change and develop for the team at the Simonson Biological Field Station, Dr. Engman and the others feel grateful toward the station’s namesake donors.

“The Simonson/Spell families were the donors who made the whole field station possible,” Dr. Engman explains. “Colonel Eugene Simonson, US Army, retired, and Dr. Della Sue Simonson, his sister, were the 1951 grads who gave us the initial donation to get this ball really rolling. Unfortunately, she passed away before the place opened.”

The local family remains involved with the station and has worked to secure its future.

“Colonel Simonson is coming up for the fishing derby,” remarks Dr. Engman. “He comes up every once in a while, and he has been amazing in his support, even after the initial donation. We’ve got a beautiful brand new tractor, a pontoon boat, a dock, and the workshop that’s going up—and we would not have any of that if it hadn’t been for his ongoing support. The entire family really has chipped in and helped.” 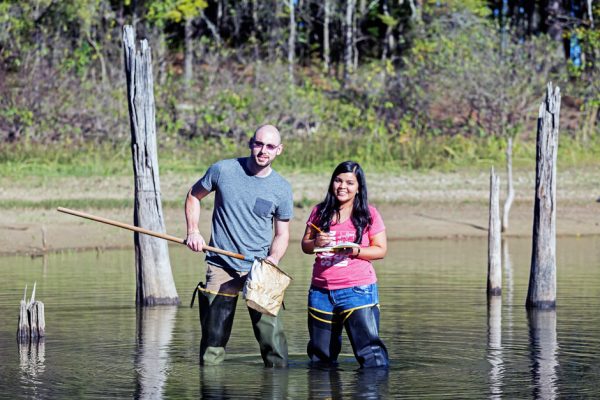 The facility itself is a 7,200 square-foot log cabin with three levels that sleeps 17 people comfortably. It is located on 184 acres of wooded land, on long term lease from the United States Army Corps of Engineers.

“We have a bottom floor that opens up to the back, and that has three dormitory-style rooms, a small classroom, and then kind of a general use area,” Dr. Engman describes. “On the main floor, we have two multimedia classrooms/labs, a small dedicated research lab, couple of bathrooms, beautiful living and dining rooms, and a very large kitchen and dining room that open up onto a back deck that overlooks the lake. On the top floor, we’ve got two nicer bedrooms, the manager has a room, and the director has an office.”

The station also has a dock with two slips in it, home to a pontoon boat.

“We’re in the process of trying to build a good-sized workshop that we can use to store our tractor and some boats, and also have an area for fabrication and a room that we hope eventually to expand into an animal use facility for behavioral studies,” adds Dr. Engman. “We’re right on DeGray Lake, which is an Army Corps of Engineers impoundment. It’s a really nice lake, in particular, nice because I would say about 99 percent of the shoreline is undeveloped. There are a couple of facilities on the lake—a state park lodge, some campsites, a Sheriff’s Department Home for Youths, two marinas, and us. The rest of it is just wooded right down to the shoreline.”

Last fall, the university initiated a wildlife management program through the field station, involving thinning the forest and managing it in partnership with the Arkansas Game and Fish Commission and the Army Corps of Engineers. 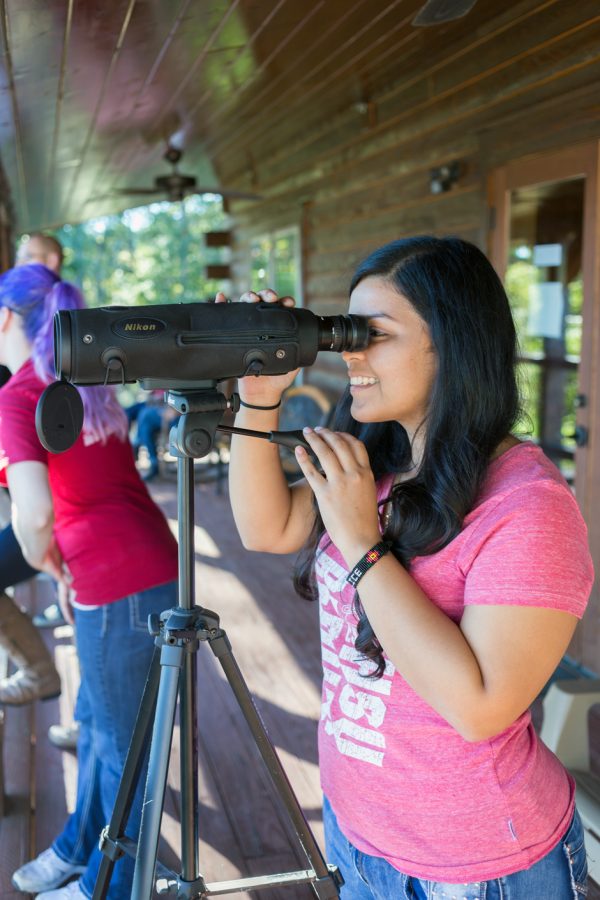 A student surveys the area around the field station. (Credit: Henderson State University)

“We’re managing it for northern bobwhite quail, which are not doing well in the state, and a project across the state is trying to get individual landowners to buy into managing their land for quail,” states Dr. Engman. “The nice thing is, if we manage it for quail, we also end up managing it for songbirds, pollinators, and all sorts of other wildlife. So we’re really excited about that.”

Dr. Engman loves to take his students to the SBFS before traveling with them, spending a week or two as they get to know each other.

“We live together, cook, eat, study,” comments Dr. Engman. “It’s fantastic, and we use it as a recruiting tool for the department. If you’ve got a prospective high school student who’s interested in working in field biology, take them out and show them this place. It just blows them away. I’ve taken so many people out there, people from the university, people from the community, and the comments are almost always the same. They say, ‘I thought I knew what this was going to be like, but I never expected this.’”