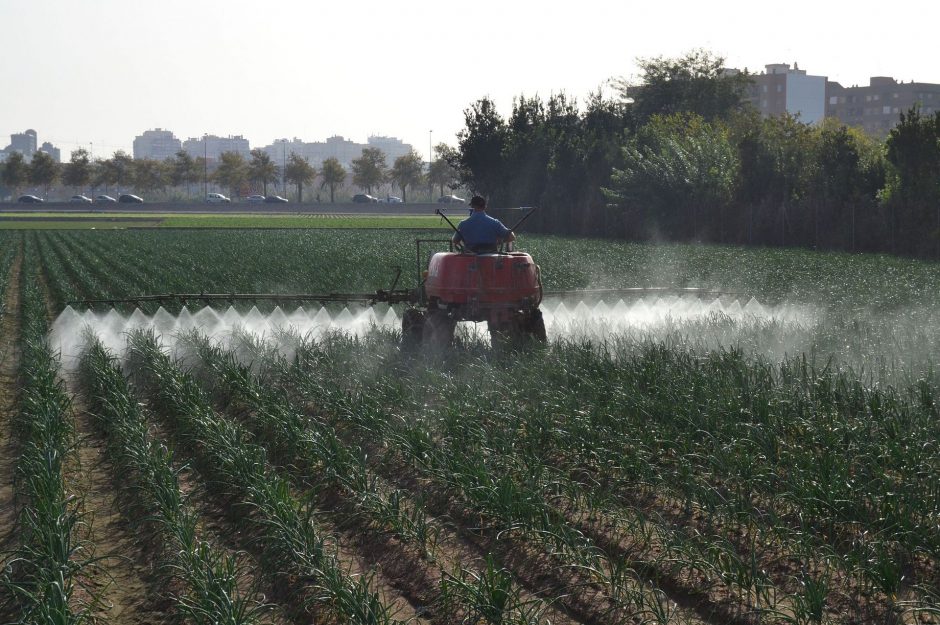 For most of us, when we think of nitrate and agricultural pollution, we think of the nitrate that comes from fertilizers and leaches quickly through the soil. The effects of this kind of pollution are realized quickly, but researchers from Lancaster University and the British Geological Survey have recently revealed an underground time bomb of nitrate in rock.

In the recent paper, lead author and hydrogeologist Matthew Ascott and the team quantified the vast amounts of nitrate that exist within the layers of rock between the soil and groundwater tables for the first time. They discovered that there is about twice as much nitrate lurking in this rocky vadose zone than there is in the soil—up to 180 million tons—nitrate that has been omitted from global scale nitrogen budgets.

Ascott explains the reasons for this omission.

“Global-scale nitrogen budgets in the past have usually taken a ‘steady state’ approach. By this I mean that all the nitrogen flows in the environment—such as atmospheric nitrogen fixed in soils by leguminous plants, fertilizer application to soils, nitrogen loss from soils, and nitrogen removed during crop harvesting—sum to zero, with no change in nitrogen storage in any of the environmental ‘compartments,’ including soils, the vadose zone, groundwater, or riverine sediment,” Ascott details. “In that approach, the flow of nitrogen out of soils to groundwater and rivers is considered to be the ‘pollution.’ So in a sense, it’s not so much the vadose zone being ignored from budgets previously, but more of a wholesale change in approach from one which just considers nitrogen flows to one which also considers nitrogen stores. In recent years this new approach has been termed ‘integrated pollution management’—and our study is a first step towards this at the global scale in that we have calculated one of these stores at that scale for the first time.”

Analyzing nitrate in the vadose zone

The Earth’s vadose zone, also called the unsaturated zone by some, lies sandwiched between the surface of the land and the edge of the phreatic zone. That edge or point of contact is the groundwater table, the place where groundwater, all of the water lying within the pores of the soil, is at atmospheric pressure. In other words, the vadose zone is all soil, rock, and other matter of the subsurface that is above the groundwater table. The word “vadose” is from the Latin for “shallow,” in that this is the shallowest part of the subsurface.

Using datasets to estimate nitrate stored in the vadose zone at the global scale, the team was able to create a computer model to show how much nitrate is stored in the vadose zone, and where it is located. The model indicates that most nitrate is stored in North America, Europe, and China—countries which have used massive quantities of fertilizer on the land for decades. And while the problem is not yet as severe in developing countries, it may in fact be worsening, signaling a need for early intervention to avoid the same environmental damage the more highly developed countries are now experiencing.

It takes nitrate time to make its way through the vadose zone. Since travel through the layers is fairly slow, the time lag can vary significantly from place to place based on the differing composition of the zone, and this is a factor in the outcome of the model.

“The main variables are the depth to the groundwater table, the rate of groundwater recharge and the porosity of the rock matrix,” Ascott clarifies. “There is a lot of variability. Whilst the speed of nitrate movement through the vadose zone is slow, the variability in the depth to the groundwater table means that the time lag can vary substantially. Groundwater table depths can vary from less than one meter to more than 100 meters. The main factors affecting the model results are the nitrate travel time—which is itself a function of the rock properties, recharge rate and depth to groundwater table—and the nitrate leaching from the base of the soil zone. Where high nitrate leaching and long travel time come together, then a lot nitrate can be stored in the vadose zone.”

Although the rock in the vadose zone could contain up to 180 million tons of nitrate, the slow movement of the nitrate mitigates against the danger presented, at least in terms of the release of large amounts at once.

This study calculated nitrate storage up to the year 2000, so Ascott was unable to comment on current trends of nitrate in the vadose zone and groundwater. However, there is no question that there is a danger to groundwater, and that mitigation of nitrate loss from fertilizer should be a priority worldwide. For the problem to resolve itself over time, even if the highly developed countries stopped contributing new nitrate pollution to the ground and rocks, it would take a very long time, due to the slow travel time, and also that peak levels may be happening close to now. 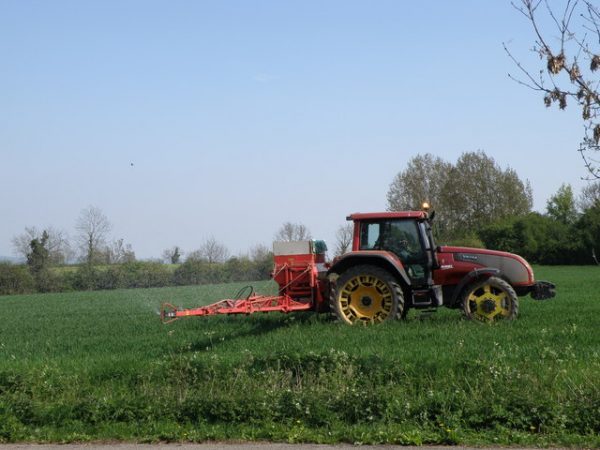 “Previously we calculated nitrate stored in the vadose zone in England and Wales which showed a peak in storage in 2008,” Ascott points out. “As I mentioned before, we only calculated up to the year 2000 in our global study, so we don’t yet know the timing of the ‘peak’ in other developed countries where nitrogen losses from fertilized agriculture are reducing; this is an area for further research.”

Ascott and his team hope that their work might serve countries hoping to deal with the issue of nitrate pollution more effectively, particularly in terms of nitrogen budgeting.

“Improving nitrogen budgets to consider stores as well as flows of nitrogen in the environment is one important implication of our work,” Ascott comments. “Our study is the first global estimate of one of these temporary stores, so it should help in that regard.”

However, this is not the only policy implication for the work.

“The important policy implication of our work is regarding implementation of policies to reduce nitrogen losses from fertilized agriculture,” Ascott asserts. “In the UK and the EU we have the nitrates directive and the water framework directive which can limit fertilizer application rates and timings. The issue is that if changes in fertilizer management are implemented due to these policies without consideration of nitrate stored in the vadose zone, the management changes may appear not to be having an impact. By this, I mean that the amount of nitrate lost from agriculture in soils may be reduced, but nitrate concentrations in groundwater may be level or be increasing.”

In other words, this work has the potential to ensure that management policy has a better sense of the probable outcomes of nitrate reduction plans—even decades in advance.

“What is happening here is that the nitrate stored in the vadose zone is being released into groundwater, and that the time lag between the soil zone and groundwater means that it may take decades for the impact of the change in management to actually be seen in groundwater,” Ascott explains. “So these lag and storage processes need to be taken into account when developing policies and management interventions to control pollution from agriculture.”

Particularly for countries that rely upon groundwater for their public health, the accuracy of these kinds of policies is critically important. Moving forward, the work may pave the way for new research into nitrogen losses from fertilized agriculture in developing countries.