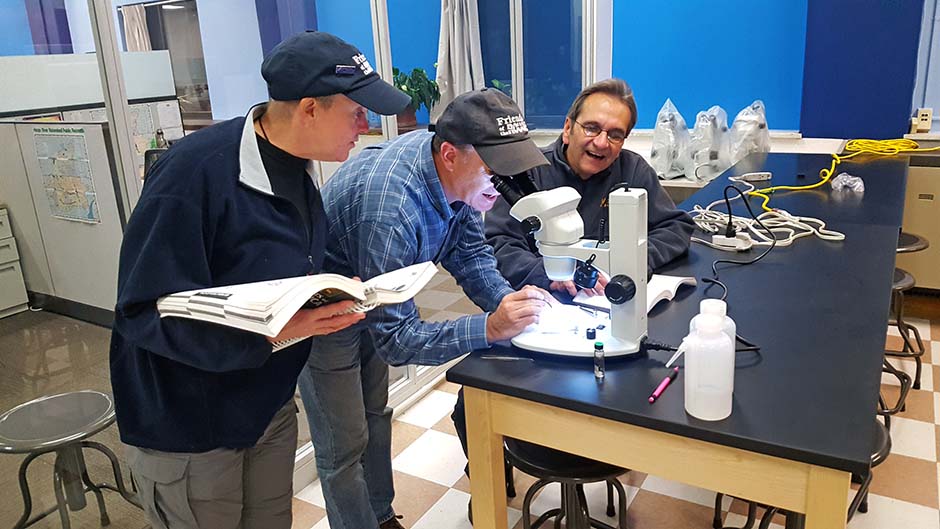 If the Michigan Department of Natural Resources had additional funding for fish surveys in the Rouge River, where would they use it?

That’s what the Friends of the Rouge posed to the agency in 2012. Limited by money and manpower and in a state with an abundance of water that needs monitoring, the DNR can’t survey every part of every watershed – especially one of the largest and most industrious in Michigan.

So the Friends of the Rouge nonprofit extended an offer to help. The DNR pointed them toward looking for redside dace, an endangered minnow and monitoring the effects of dam removal.

The group started their citizen science program with a grant from the Michigan Department of Environmental Quality in 1998 and have been monitoring benthic macroinvertebrates in the stream, as well as frogs and toads, ever since.

“Our role in collecting this data is to screen for problems and pinpoint areas that need more work – help guide restoration efforts and assess if the restoration projects going online are effective,” said Sally Petrella, Monitoring Manager with the Friends of the Rouge.

Prior to any consideration for the Rouge River’s water quality, the 467-square-mile water basin, which drains the west side of Detroit and its north and western suburbs in southeast Michigan, served as a primary waterway for industry, supporting dozens of factories that lined the banks. Following 50 years of unregulated pollution and business, state and federal laws were enacted to protect rivers like the Rouge.

Around the same time regulations were being enforced, results from a site sampled by the DNR at Ford Field Park in Dearborn in July 1986 showed how far the river had declined. They found 33 fish; 6 species, 54% being carp or goldfish and half of those had fin rot or tumors. 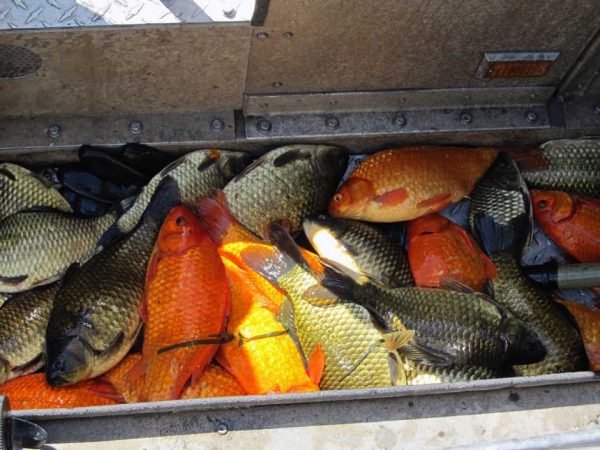 Carp and goldfish collected during the first fish sample in 1986. Only 33 fish were caught, of which 54% were carp or goldfish. (Photo Credit: Friends of the Rouge)

“Things have gotten so much cleaner now,” said Petrella, whose citizen scientists sampled the same Ford Field site in 2015. “We found 353 fish, 15 species, sensitive fish like yellow perch and we found only one carp out of those 353 fish.”

From stamping down on point-sources of pollution, to regulating the runoff from homes and businesses located in the basin, the Rouge River’s restoration has become a paradigm for how to clean up a river. Click To Tweet

Informing a lot of those efforts were groups like the Friends of the Rouge, who conduct multiple aquatic, insect and frog and toad assessments every year.

“We use biological indicators like frogs, bugs, and fish because those animals live in the system full time and so their presence or absence is an excellent indication of overall water quality,” said Petrella.

Since 2012, the nonprofit has deployed between six to eight people to conduct fish surveys in the spring into early fall. Using a seine net stretched out by two poles and weighed down by a lead line, volunteers will chase the fish into the nets.

After nets are pulled up, fish are sorted into buckets where they are identified and measured. Teams will usually complete two sites a day, targeting all kinds of habitat so as to not miss any species. Over the past seven years, Friends of the Rouge has sampled all of the Rouge’s major branches and tributaries, and even some of the lakes, in work more extensive than the last time the DNR surveyed the Rouge – in 1998.

The team has been surprised by the diversity of fish in this urbanized watershed. Sensitive fish like rainbow darters and the “hogsucker” swim around in streams in places like several metro Detroit communities. As the team began exploring lakes in the northern part of the watershed, in 2017, they found a second endangered fish that makes its home in the Rouge, the pugnose minnow. 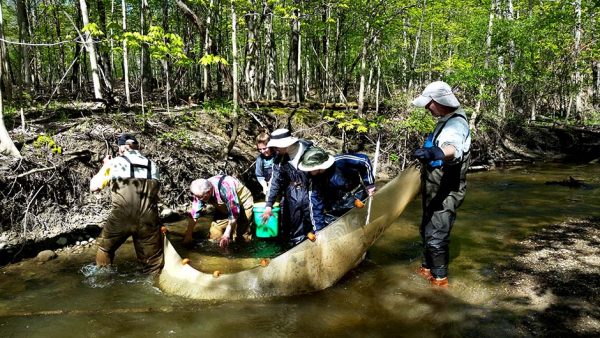 Equally as important are the aquatic-based insects that live in the water, serving as the bedrock for the local food webs. Groups go out on bug hunts in the spring, fall, and winter – with the last being dedicated to a single insect.

“We look for just one type in January called the stonefly,” Petrella said. “It’s the most sensitive macroinvertebrate in the basin and they hatch in winter.”

And as one of the most sensitive, the stonefly serves as a key indicator for determining the health of the entire ecosystem. When the Friends of the Rouge started sampling for insects, they didn’t even know if stoneflies were able to survive in the Rouge. Then in 2002, miles north from the bulk of the point-source pollution, volunteers spotted one.

Since then, Friends of the Rouge has documented stoneflies at 43 sites, mainly in the less developed parts of the watershed, with the exception of a surprise finding in 2010 in the Main branch where water quality has been poor.

The nonprofit also tracks the number of frogs and toads by training people to listen for their breeding calls on night outings. Amphibia are good indicators for wetland health – features critical to the continued restoration of the Rouge River.

The data collected by Petrella’s team is part of a growing responsibility of the general public to keep tabs on their local environments. This model for citizen science has continued to grow as funding and prioritization for environmental monitoring have declined.

“I attended a webinar where the EPA was talking about citizen science and how it’s getting to the point where they are relying on volunteers more and more to collect data that they used to collect,” Petrella said. “They really want more citizens to be collecting data.” 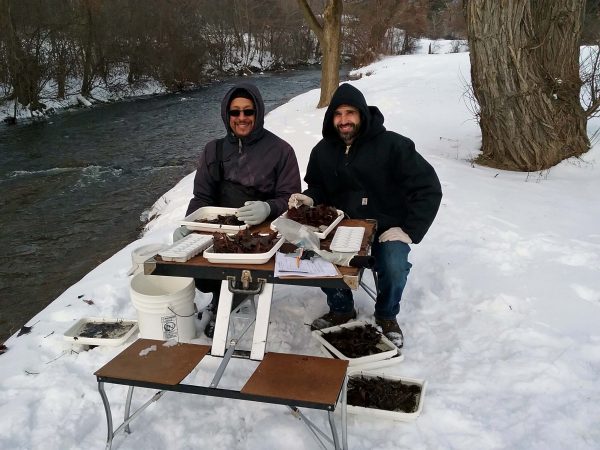 Without the funding, it’s tricky to know where restoration projects need to happen or how a municipality might try curbing its pollution. That’s why the Friend’s of the Rouge volunteered to help the DEQ decades ago.

Where interest in monitoring may be light, passion and interest in the river has only grown over the years. A program called the Rouge Education Project may be planting the seeds.

Years before starting their citizen science program, Friends of the Rouge began working with a University of Michigan professor to engage K-12 schools in testing the river for pollution. Since 1987, classes of students test the water quality at their designated site after spending two weeks learning about the river. Once their research is complete, the participants compare their findings at a student congress composed of representatives from all schools.

“It’s a great program that impacts so many kids,” Petrella said. “It started with 15 schools; has involved as many as 100, and has been ongoing for 32 years. So you’re talking about thousands and thousands of students who have gone through the program.” The first-hand experience of being out at the river has sparked an interest in many who would never have considered a career in science or the environment. It has educated generations who go on to become passionate stewards of the Rouge River.