Human Interference May Have Reduced Forests’ Ability To Withstand Drought 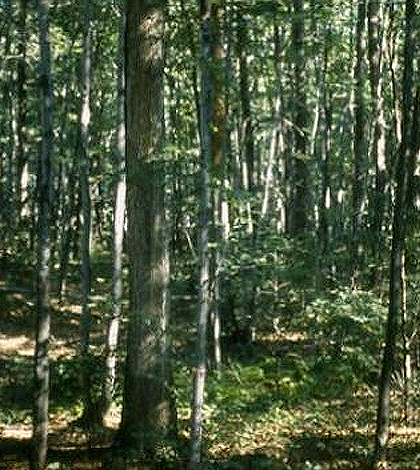 Americans have been trying to suppress U.S. forest fires since the 1940s through Smokey Bear and other fire-prevention programs. However, suppressing forest fires may have changed the compositions of forests from fire- and drought-resistant species to ones not able to handle the increased levels of fire and drought climate change is likely to bring, according to a release from Penn State University.

Merging information from tree physiology studies and forest ecology, scientists at the university found that the distribution and dominance of a tree species is related to that species’ unique characteristics as well as local climate change and land use history. The gradual domination of a species only became clear after looking at extensive survey records, some even dating back to colonial times.

Although moderate to high levels of fire were normal for thousands of years, fire levels in the U.S. have been considerably lower since fire suppression began in earnest. Tree species that had been well-adapted to fire and drought, such as oak, pine and hickory, have declined, whereas species that tolerate drought poorly, such as maple, birch and hemlock, have been on the rise.