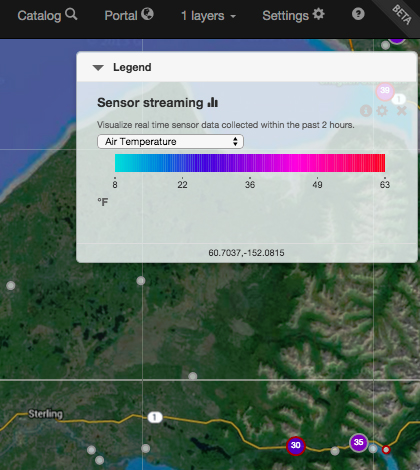 To many mariners, there’s nary a foe more slippery and treacherous than floating ice. A new high-resolution webcam at the mouth of Alaska’s Kenai River is helping to protect vessel operators as they head up the Cook Inlet toward the port of Anchorage.

The camera is part of the Cook Inlet Ice Forecasting Network, formed in 2007 following an incident in which an ice floe dislodged the oil tanker Seabulk Pride from its mooring, pushing the vessel aground. The region’s National Oceanic and Atmospheric Administration ice forecaster requested additional field observations, and the network helped meet that request.

“It really aids the inlet and, I think, everybody in Alaska, because Anchorage is our largest port,” said Steve “Vinnie” Catalano, director of operations for the Cook Inlet Regional Citizens Advisory Council.

Previous ice forecasting was based on satellite data from NOAA, which could only be updated every few days and depended on clear skies. Furthermore, Catalano said it can be hard to detect the line between hard and slush ice in the satellite imagery. The camera network offers real-time, relatively high-resolution observations of ice movement throughout the Cook Inlet.

“The ice is birthed, if you will, in the upper inlet,” Catalano said. “As it moves out on the tidal currents, in a severe ice year, we can see quite a bit of ice moving out. Anything coming up the inlet is going to interact with that ice.”

That ice coming from the Kenai River is formed of freshwater, which Catalano says presents a different set of challenges than saltwater or brackish ice. Freshwater ice is denser and harder than its salty counterparts, and can move farther north toward Nikiski’s terminals. The new camera stands apart from others on the network as its image feed will be made publicly available, a feature Catalano says is “what makes this camera at the Kenai River important.” While the council and other project partners funded the first few cameras in the network, the Alaska Ocean Observing System funded the latest camera and its installation. Other partners in the Kenai River camera project are the City of Kenai, the Homer Electric Association, and the Marine Exchange of Alaska which supported a weather station alongside the camera.

In terms of expansion, Catalano says the council is “exploring some opportunities and options,” which could include the installation of three or four more cameras — though coverage in the area is already “pretty good.” Software is also in development to improve accessibility to the new camera.