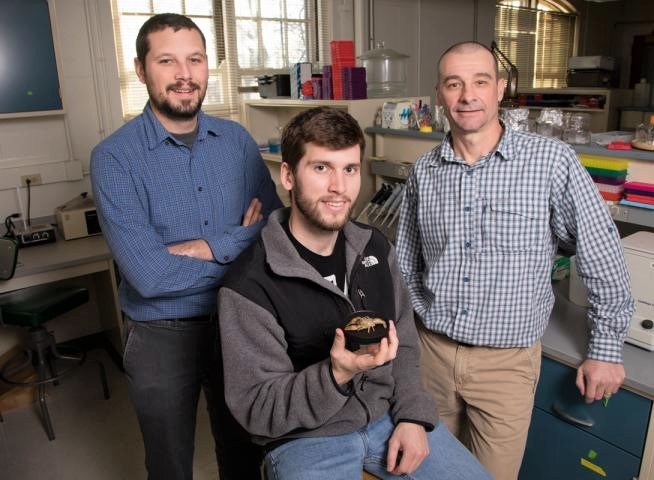 For species that are scarce, there is a critical difference between mere rarity and an endangered or threatened listing. The listing carries with it federal protections, including eligibility for critical habitat designation; protection of adverse modification or destruction of critical habitat; protection from federal activities that could put it in jeopardy; restrictions on trading and taking the species; an authorization requirement for land purchases that affect important habitat; a mandatory recovery plan; and federal aid. Listing is also a kind of publicity for the species, something that most rare creatures can use—especially if they lack the “cute” factor of, for example, the giant panda bear, or the fame of the Bengal tiger.

However, it’s not easy to get that coveted listing. The species in question are, obviously, already rare. To achieve the listing, advocates for the species need to prove that it is endangered or threatened by one (or more) of several factors: its range or habitat is threatened by curtailment, modification, or destruction; predation or disease; overutilization for whatever reason; inadequate regulation already in place; or other factors that threaten the species’s survival, whether human-made or natural. Almost any showing, then, demands that advocates count how many of the species are left, and establish their habitat or range.

This was the task researchers at the Illinois Natural History Survey at the University of Illinois undertook on behalf of Faxonius eupunctus, a cold-water crayfish. The crayfish lives in one place worldwide, to the best of our collective knowledge: a 30-mile segment of the Eleven Point River in southern Missouri. Their new study combined old school methods and new technology to establish that F. eupunctus is most abundant in the middle part of its range, a rocky stretch of river with a flow of up to 35,000 cubic feet per second of cold water.

Christopher Taylor, the INHS curator of fishes and crustaceans, spoke with EM about the study. He was joined by graduate research assistant Christopher Rice and U of I professor of natural resources and environmental sciences Eric Larson on the project. The crayfish Faxonius eupunctus is rare and under consideration for endangered species status. (Credit: Christopher Taylor)

Finding and catching crayfishes in a river like the Eleven Point isn’t the easiest thing in the world. The current is relatively fast, and the crayfishes stick to the bottom of the river. And unlike someone who is catching crayfishes for food, researchers need to ensure their tiny captives are unharmed by the process.

Traditionally, kick-seining is the method employed by researchers. A seine is a mesh net used in fishing; larger versions look a bit like tennis or volleyball nets, stretching across waterways, but with far finer mesh. The bottom of a seine is held down with weights, and the top will have floats on it, to keep the mesh from twisting and allow it to stay open despite the flow of the water. Attached to two poles on either side of the river, the seine can catch crayfishes as the researchers kick up rocks and displace their quarry.

The team selected 39 sites along the river and in smaller tributaries for the study. At each of these sites, they kick-seined 12 one-square-meter plots.

“We selected sites using a GIS layer that breaks down all the streams in the area into 4- or 5-kilometer segments called reaches,” explains Dr. Taylor. “We then put those reaches into a random number generator so the computer would pick random reaches evenly distributed across the whole area to sample. We wanted to remove any bias, and we didn’t want to simply go to known sites.”

Random selection of sites was important to ensure an accurate picture of the F. eupunctus habitat, both to gain an accurate count and avoid restricting the range inappropriately, and to qualitatively understand the entire habitat.

By kick-seining, the team found F. eupunctus at 21 of the 39 sites. None of the crayfish were found in tributaries. The researchers looked for the crayfish at numerous sites along the Eleven Point River in Southern Missouri. (Credit: Christopher Taylor)

The team also collected environmental DNA (eDNA) as part of their study. Just as we humans leave some sort of DNA trace whenever we occupy some location, so, too, do river species—at least for a short period of time.

“Use of eDNA is starting to pick up steam as researchers are working out the kinks out in terms of what can impact its reliability,” details Dr. Taylor. “Temperature, ultraviolet light, and pH can break down eDNA, and the current is going to carry the signal downstream and wash it away. Researchers are still working out those challenges. We were the first to use it, as far as I know, to detect river crayfish.”

The collected samples of river water at each of the same 39 sites they kick-seined, but on different days.

“The eDNA can be detected in very small amounts,” describes Dr. Taylor. “If you were at a collecting site and you picked up a crayfish in your fingers put it in a bucket or took it out of the net, you could potentially have the DNA in your fingers. Then when you’d go to take the water sample you could potentially contaminate that water sample. So, water samples were taken on a completely separate visit where none of the team or the gear were touching crayfish; we came back a week or two, or in some cases a month or two, after the traditional sampling to take the water samples.”

The sampling process for eDNA is itself simple. The team collected multiple samples of water from each site in clean Nalgene bottles, and placed them in bags for processing later. At each site they took samples from both the stream margins and the center of the stream. They kept samples cool to preserve any eDNA, and kept them from UV light sources.

Later they pulled each water sample through a piece of filter paper so that any DNA in the water would bind to the paper. They then preserved the filter paper and until they were ready to work on the samples. Back in the lab, they scraped the DNA off the filter paper and ran the lab protocol for DNA for the target species.

Although the process itself is fairly straightforward, using eDNA under these circumstances was a challenge.

“A fast current shouldn’t really change the presence or absence of eDNA,” states Dr. Taylor. “It’ll just carry it farther downstream faster. That was the challenge of using this in a river. We were using eDNA for a smaller organism that’s known to be somewhat rare in quickly flowing water bodies. So that’s kind of a unique combination of variables here.”

Among the research goals for this study was comparing how kick-seining and eDNA performed for the task at hand. While eDNA was able to detect whether the crayfishes were present, the team found crayfishes in two sites at which eDNA was not detected.

“I think eDNA could become part of the standard for this kind of work,” Dr. Taylor remarks. “As long as people that use it know that it’s not the magic silver bullet here. The other take home message from our work is that if you’re going to do it the right way, you probably need to employ both methods. Otherwise, you could be getting false negatives.”

The two techniques are also different in terms the levels of skill and cost they require.

“They’re a nice complement to one another,” Dr. Taylor reflects. “When you look at the methods in this, you can see right away that each has its strengths. For example, eDNA is easily deployed; you don’t need a high level of experience in the field or a graduate degree to collect the water samples. Obviously it takes some technical skill back in the lab to process that sample, but the field collections are pretty straightforward. It takes a higher level of experience and expertise to know which method to use and where and how to collect traditional field samples.” Seining for fish in a river. (Credit: US Fish and Wildlife Service)

“It’s just the opposite in the lab,” Dr. Taylor adds. “The traditional field sampling doesn’t need that level of expertise in the laboratory and it is generally cheaper, because the eDNA chemicals and equipment are costly.”

Moreover, to their surprise, the team found no relationship between eDNA levels and abundance at specific sites—perhaps the most interesting finding in the study.

“The theory obviously is, if there are one-hundred individuals just upstream of where you take your water sample, you’ll see a lot more eDNA from that location than you would where you just had one or two individuals,” explains Dr. Taylor. “We were able to test that by having very rigorous density estimates at a location and then coming back and taking water samples for eDNA. We did not see a relationship between local abundance using traditional sampling and amount of eDNA, and that’s probably the most noteworthy finding here.”

So, what’s next for the team? Different crayfishes, and larger water samples to confirm or disprove the lack of an abundance signal.

“Maybe if we collect twice as much water can we get enough DNA in that sample to see a statistical relationship between local abundance,” muses Dr. Taylor.