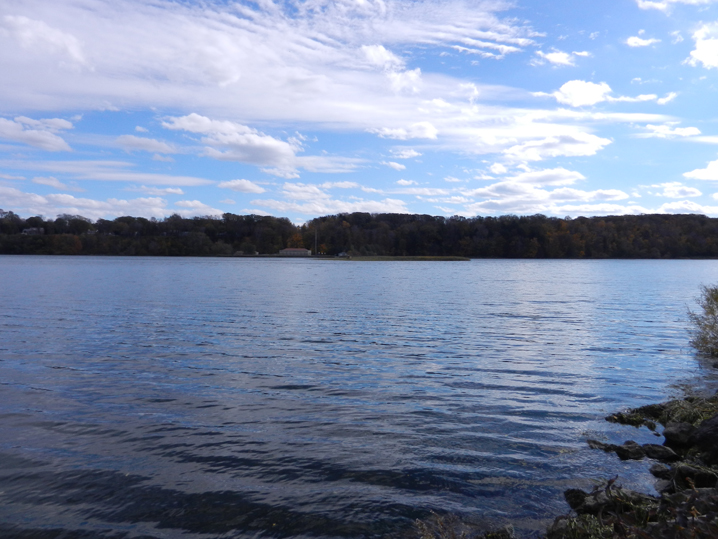 This year in Lake Erie’s Presque Isle Bay, a group of stalwart fishermen with an underwater camera were rewarded with an unexpected view: plenty of walleye swimming around. They caught more than a dozen of the good-sized fish and watched their neighbors catch them, too.

More keeper-sized fish are in the lake and Presque Isle Bay this year, and the Pennsylvania Fish and Boat Commission has taken notice. Chuck Murray, the Commission’s Lake Erie biologist, explained the current walleye monitoring situation to EM.

Murray has been monitoring the walleye (and other fishes) in Lake Erie for more than 20 years. The resident walleye remain in the lake all year long, and these larger fish are sometimes closer to shore. The migrating population can be found in the shallower portions of the lake’s western basin through winter’s chill, but by late spring and summer, they too become easier to catch close to shore in deeper waters.

How far the walleye go and where they can be found depends mostly on temperature. In colder years when the water never gets past 70 degrees, fishing isn’t as good. However, in warm summers the water temperature rises more, and more quickly, making for a better season, assuming enough fish have spawned in recent years to ensure a large enough population.

2017 was a good year for walleye, and this year is shaping up to be a better one. This itself isn’t a surprise.

“Based on the amount of young Walleye we saw in 2015 (age-0) and 2016 (age-1), we knew the fishable Walleye stock (age-2 and older) would be increasing in 2017,” explains Murray. “Walleye management is a collaborative effort on Lake Erie through the Lake Erie Walleye Task Group (WTG) and the Lake Erie Committee (LEC). All five jurisdictions (NY, PA, OH, MI and Ontario) are represented on the WTG and the LEC.” 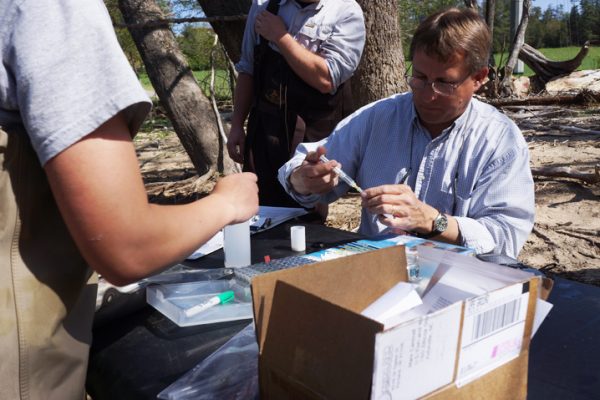 An expert prepares a fish tag for monitoring. (Credit: By U.S. Fish and Wildlife Service Southeast Region [CC BY 2.0 (https://creativecommons.org/licenses/by/2.0) or Public domain], via Wikimedia Commons)

However, there are always some surprises when it comes to monitoring fish populations. For example, the many Presque Isle Bay walleyes spotted by the underwater camera and caught by fishermen have been one of those surprises. Now, they’re part of the data the team can consider.

Monitoring walleye has gotten a boost from a range of technologies in recent years—a change that has made things like population estimates much more robust.

“In addition to the surveys mentioned above, fisheries biologists started capturing Lake Erie Walleye, surgically inserting acoustic telemetry tags and releasing them back into the Lake,” remarks Murray. “Each of these uniquely identifiable tags emits a signal that is picked up and recorded by a network of receivers placed on the bottom of Lake Erie—it kind of works like an E-Z pass used on toll roads. This state-of-the-art technology is providing and validating information on Walleye migration and spawning behavior that was previously unknown or only hypothesized. More information on acoustic tagging in the Great Lakes can be found at https://glatos.glos.us/”

While the technology gets the team better answers more readily, there is still a need for constant reassessment and frequent data updates—a sense of uncertainty that is part of the work.

“Statistician George Box is credited with the quote, ‘all models are wrong, but some are useful,’ which is especially true in fisheries,” adds Murray. “Fisheries is not an exact science like many other scientific disciplines. Sometimes our abundance estimates build in a lot of variability because of the nature of the samples being collected. Fish distribution is patchy based on factors such as temperature, oxygen concentrations, and forage abundance; fish have varying ability to evade capture, which makes modeling using fisheries data a challenge.”

This close attention to detail and a changing landscape allows the team to make the most of their monitoring data. 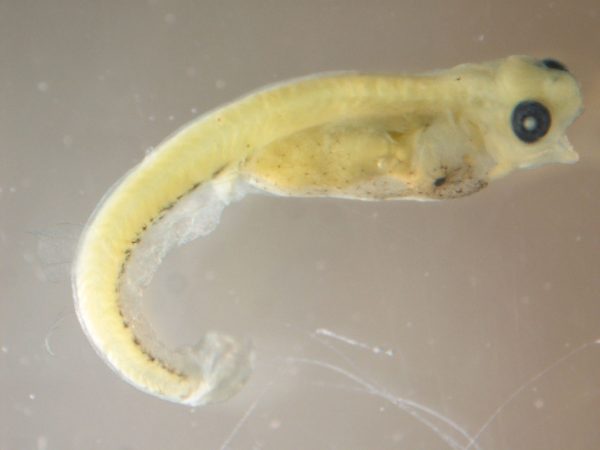 “The models we develop to estimate abundance are being constantly reviewed, updated, or replaced based on new information,” states Murray. “The acoustic tag research is already providing information on age-specific mortality that could be used to improve model performance and overall management.”

The 2015 spawning season was the most successful in more than a decade, and the fish born that season make up about 56 percent of all walleye eligible for catching, according to LEC estimates—about 41 million. The walleye have not had a strong spawning season since 2015, but setting catch limits helps ensure the population stays viable.

“After the abundance of walleye is estimated through the use of an age-structured population model, the WTG determines a safe harvest range from that estimate, such that the population is not overfished, and provides for future stability in the walleye population,” Murray describes. “The harvest range is determined through the application of a formal ‘harvest control rule’ that incorporates several elements: a sliding fishing (exploitation) rate that allows for more fish harvest when walleye abundance is high and less fish harvest when walleye abundance is low; an interannual cap on TAC of +/- 20%; a lower “control” limit on the relative abundance of sexually mature fish (a minimum spawning stock size); and an associated risk probability that minimizes the likelihood of dropping below the minimum spawning stock size. The LEC uses this information to set the final quota number or Total Allowable Catch (TAC). The 2018 Lake Erie Walleye TAC was 7.1 million walleyes.”

Food, predation, and weather dictate walleye success after spawning. Before the big 2015 season, the last walleye spawn of note was in 2003. Some walleye from the 2003 cohort are still there in the lake, now 15 years old, and many more than 30 inches long.

The health of the lake and the water quality can also affect the fish population. 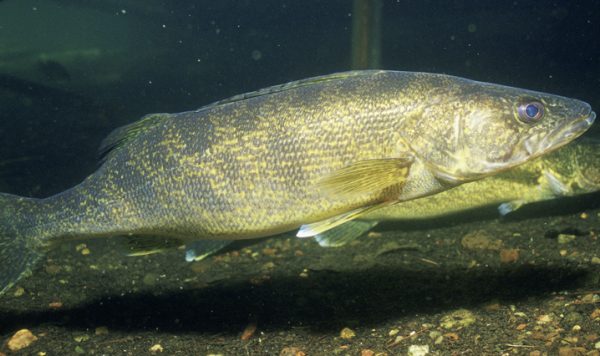 “Lake Erie’s water quality is pretty good overall,” clarifies Murray. “There are some issues with nutrient loading and algal blooms, especially in the western basin of Lake Erie, and legacy contaminants such as PCBs are still responsible for some consumption advisories. As it stands right now, neither seem to be impacting walleye production, but we should be cognizant of the increasing intensity and frequency of algal blooms. This increased algal productivity can exacerbate anoxic zones, which can be detrimental to desirable fish species such as yellow perch and walleye, and favorable to undesirable fish species like common carp that can thrive under these conditions.”

In the final analysis, Murray sees that the optimal outcome for fishing is tied to both the team’s monitoring efforts and the host of natural influences that affect walleye.

“In the grand scheme of things, mother nature still has the greatest influence on walleye abundance,” remarks Murray. “All the walleye in Lake Erie result from natural reproduction—there is no stocking. If lake conditions are favorable after walleye spawn—meaning there are limited strong spring storms, temperature inversions, and walleye egg/larvae predation—and a strong year class shows up in the fishery, quality walleye fishing can be maintained over a period of years if fishing is responsibly controlled.”