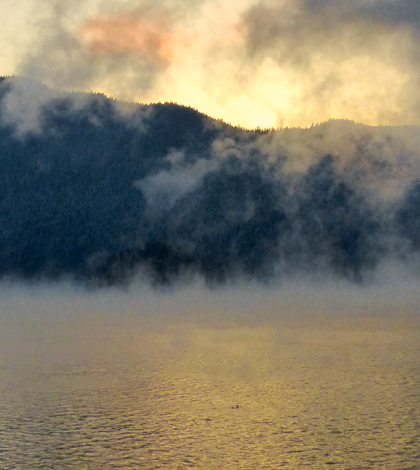 Winds blowing across the surfaces of lakes may not seem to be very active players in affecting their surroundings. But it turns out that the gusts do play a role in evaporation, a very important part of the hydrological cycle.

Scientists from Dartmouth University have been working to better understand the roles that winds shifting across lake surfaces play. Specifically, they have tried to figure out how the blowing winds impact the chemical makeup of water vapor that rises above the water bodies as the process of evaporation plays out.

University researchers considered three lakes in a stretch of tundra in Greenland in the work. By considering meteorological measurements like temperature, humidity and velocity in addition to water vapor through isotopic analysis, the scientists confirmed the role that wind plays. Near upwind shores, they found, evaporation rates are fairly high while abundances in water vapor flux are low because air blowing from land nearby is dry.