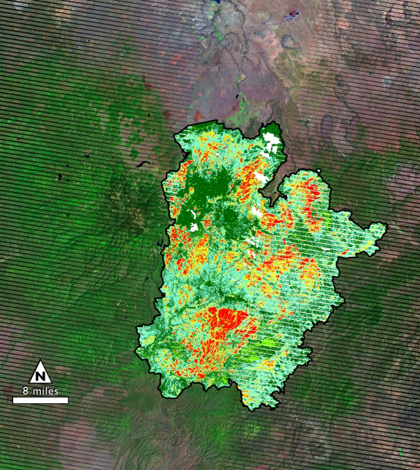 Researchers from the U.S. Forest Service and U.S. Geological Survey have collaborated to examine how and why the severity and duration of wildfires has increased over time, according to a release from NASA.

Using Landsat, the longest running Earth-monitoring satellite program, researchers have been analyzing data to measure the severity and overall effect of every major U.S. fire since 1984. The data enables scientists to construct burn-severity maps that show areas most susceptible to fire outbreaks.

Some initial results of fire trends show that fires larger than 1,000 acres are increasing by the rate of about six fires per year in the western part of the country.

The cause of the increase in severe fires is currently unknown.