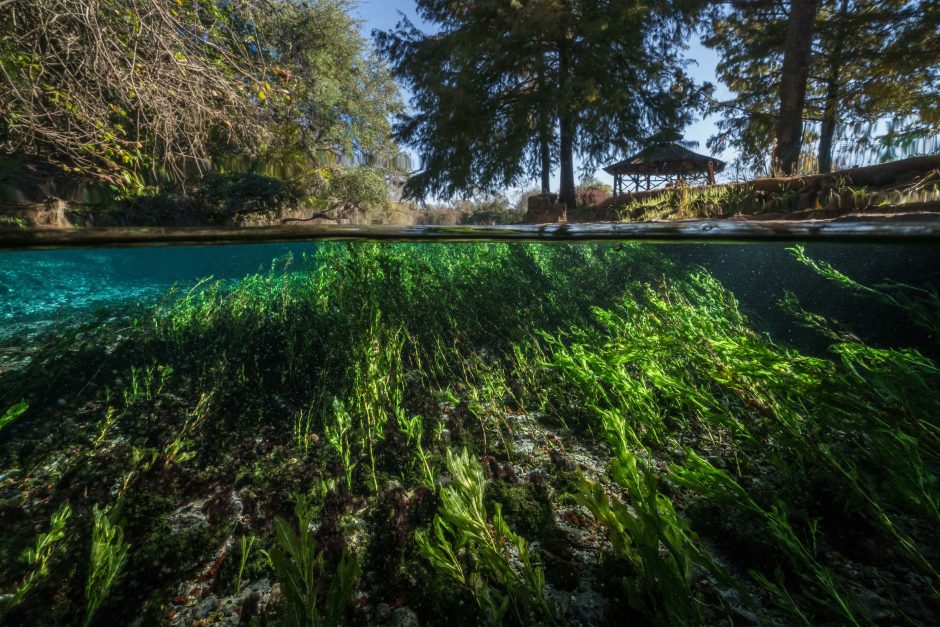 A unique view both above and below the water in Comal Springs at Landa Park. (Credit: The Edwards Aquifer Authority, via source)

Among the most important water resources in the Lone Star State, the Edwards Aquifer lies beneath 12 Texas counties and is one of the most prolific and largest artesian aquifers worldwide. Almost two million people in Central Texas rely on the Edwards Aquifer for drinking water, including San Antonio and San Marcos.

EM spoke with Paul Bertetti, Director of Aquifer Science for the Edwards Aquifer Authority (EAA), about the wide range of tasks involved in managing this important resource.

“The EAA has several functions,” explains Mr. Bertetti. “It provides, monitors, and maintains permits for water that can be pumped from the aquifer, so there’s a water management function. It also works to enhance availability to groundwater. We also focus on groundwater protection issues.”

Unlike some other water management organizations, the EAA lacks regulatory authority over things like infiltration or construction over the recharge zone or limiting surface processes.

“Those are all regulated by TCEQ [the Texas Commission on Environmental Quality],or sometimes by cities like the city of Austin or San Antonio, who might pass ordinances that limit certain kinds of development in the recharge zone—for example, limiting the types of materials that can be used to construct parking lots. That’s not what we do. We focus on the mechanics and maintenance of permitting and making sure that people pump only their allotted amount and that everyone has access to their allotted amount. And if they want to sell or transfer those rights, we facilitate that as well.” 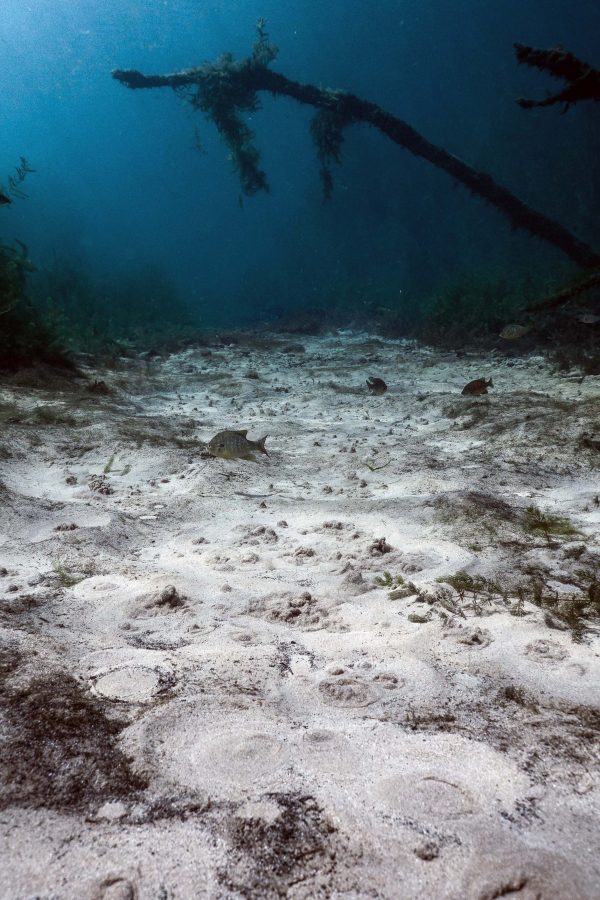 Beneath the water at San Marcos Springs. (Credit: The Edwards Aquifer Authority, via source)

But that’s not all the EAA does. In addition to research activities and science, they play other aquifer management roles.

“We also focus on aquifer protection, including well protection, well construction, and permitting for new wells,” details Mr. Bertetti. “We work to identify abandoned wells that should be plugged or repaired. We work with the city to conduct geologic assessments and land surface inspections of properties that have been purchased for conservation easements, and we also have a program that develops numerical models of the aquifer to understand how the aquifer works. Modeling helps us understand if we’re doing enough to maintain spring flows under a variety of environmental conditions, such as the repeat of a significant drought like we had in the early 1950s.”

Science at the EAA

“We take samples from the streams as they recharge the aquifer, we sample wells all across the aquifer region, and we sample springs at the discharge points to get a handle on the system water quality,” Mr. Bertetti describes. “Then we pair that with a program in which we sample wells for specific project tasks. For instance, we’ve been trying for the last few years to understand where and how much water from the Trinity aquifer might actually flow into the Edwards aquifer.”

Bertetti and the team are also working to provide hard evidence to undergird the difficult decisions that water managers and policymakers must make when pollution is a concern.

“We’re trying to understand how much of an influence discharges from septic tanks or water treatment plants have on the aquifer,” states Mr. Bertetti. “Can we differentiate between them, is one better than another? Although I think there is a general feeling that the water quality has been degraded, quite frankly we don’t have the information to say one approach is better than another.”

Building alliances with other scientific teams and nurturing collaborations have been essential to the EAA’s success. This is particularly true as they attempt to assess the entire massive aquifer for vulnerabilities.

“Our system is really large, so although we started to collect vulnerability assessment data over the last year, we have to work on it in bite-sized chunks,” remarks Mr. Bertetti. “We have a program, and a particular person, Dr. Marcus Gary, who does a lot of outreach and collaboration with water districts, universities, and researchers in the region so that we can leverage information from many sources. Thus, a water district in our region that may have fewer resources can rely on us for technical support and maybe even some sampling, while we gain access to some of the data that they can collect. We’ve tried to turn the vulnerability assessment into a much larger cooperative effort across the region.”

There are many well water users in the Edwards Aquifer region, which is generally a very high-quality water source. However, the EAA team values a proactive approach.

“Individual wells have been affected by contaminants over time,” explains Mr. Bertetti. “Those incidents are fairly isolated, and usually the response has been to plug abandoned wells in the region to prevent any further problems. Abandoned wells, in particular, are a big problem for the aquifer, because it’s one of the few ways in which you can have surface contamination get into the aquifer without any sort of filtration.” 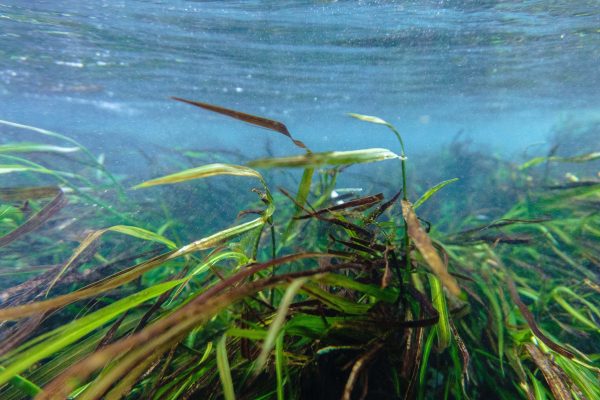 Wild rice growing in the water. (Credit: The Edwards Aquifer Authority, via source)

The team also keeps a sharp lookout for emerging contaminants. Periodically, the EPA releases an update to its study prompted by the Unregulated Contaminant Monitoring Rule (UCMR), which samples across the nation for various analytes that are not specifically regulated by the EPA.

“One of those analytes was hexavalent chromium,” details Mr. Bertetti. “Analyses in the region indicate that the aquifer itself has a natural background of chromium derived from the rocks that make up the aquifer. The background signal is very low relative to current limits. It’s always been there, and it’s a reflection of the natural system, but it can be seen from the outside as a problem when new samples are collected. So, it’s important for the EAA to understand as much as we can about the natural aquifer system.”

The science team tries to stay ahead of emerging contaminants by conducting research with them.

“One of the things we’ve been doing is sampling for poly- and perfluoroalkyl substances (PFAS), a kind of new, poorly understood emerging contaminant nationwide,” Mr. Bertetti describes. “The last couple of years we’ve added PFAS to our sample analyte mix just to get a sense of what we should expect. Do we have this throughout the system? Do we see it in certain kinds of wells? Learning about these things before they become a problem allows us to more effectively cope with emergent contaminants.”

Another demonstration of the team’s proactive bent is the Karst initiative. 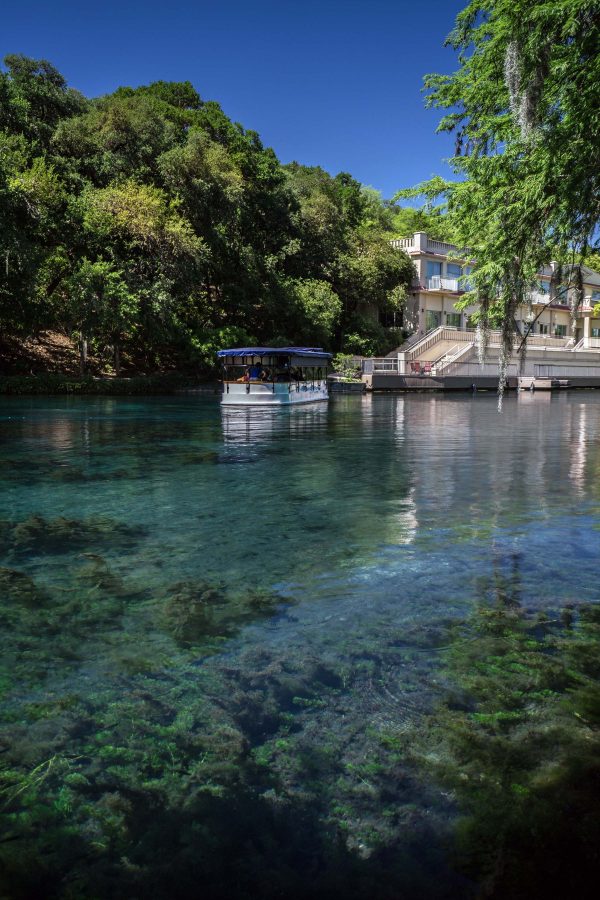 “Karst is weathered landscape that exhibits sinkholes and caves, and the Edwards Aquifer is a karst aquifer,” states Mr. Bertetti. “Through the initiative, we have been trying to map karst features in areas over the recharge zone and rank them with respect to potential susceptibility for contamination. We’re also working with first responders such as the San Antonio Fire Department to help them understand where susceptibility is greatest to help them protect water quality, without distracting from their main goal of protecting human life and property. For example, installing a temporary berm around a particularly important recharge feature can help prevent potential contamination events associated with a fire or spill.”

The EAA is also working to put new technologies to work as they protect the aquifer.

“We’ve tried to move as much as we can to more automated monitoring systems,” remarks Mr. Bertetti. “We updated our telemetry network; we’re trying to utilize software that allows us to incorporate that telemetry data automatically into our databases, especially with respect to water levels and other measurements. We’re updating our database, so more people have access.”

One last sticking point for the team? Like others engaging in real-time monitoring, the EAA is finding that making the most of their data is a challenge.

“We’re still really trying to find the best ways to handle and effectively utilize our data,” admits Mr. Bertetti. “I think EAA and other water districts get really good at collecting data. We’re not as good at organizing it, properly assessing it, and making it more accessible to others and to ourselves so that we can use it. We’re trying to make that transition from a data collection agency to an effective data manager and user as well.”

Top image: A unique view both above and below the water in Comal Springs at Landa Park. (Credit: The Edwards Aquifer Authority, via source)