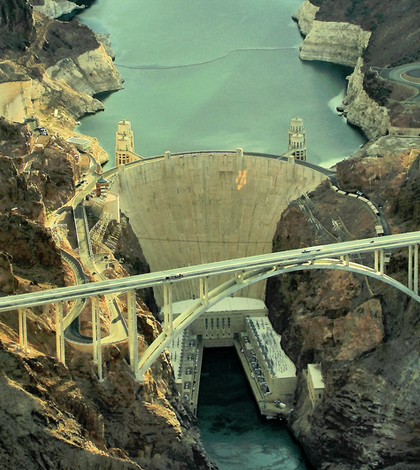 Humans built the first dam sometime around 3000 B.C. in Jordan, and boy, did we like it. Enough, in fact, that over the past several millennia we’ve constructed hundreds of thousands more. Only in recent years have scientists begun to understand the impacts of dams on ecosystems: altered flow regimes; disconnected migration routes; changes to water temperature, sediment and oxygen. And even those effects have rarely been examined beyond the scope of an individual watershed.

Researchers from McGill University may have changed that precedent. They created a map detailing dam impact around the world using data from 1930 to the present, plus projected dam placement data through 2030. In addition to the map, the team developed a River Fragmentation Index to quantify where dams have impacted river flow and fragmentation the most. Their findings were published in Environmental Research Letters.

This isn’t the first time the researchers have studied dams on a global scale, but the project is unique in its resolution.

“We’ve done it previously with simpler methods, for example, just counting how many dams there are,” said Bernhard Lehner, a professor at McGill and research director of the project. “Now we really place them into the river network and take account of where and what tributaries they are on.”

The “where and what” of dam placement is a vital aspect in determining a dam’s impact on an ecosystem, Lehner said, and one that the RFI helps put into perspective. Installing a dam squarely in the center of a river network or on the main stem is considered a more detrimental form of fragmentation than placing it toward the upper end of a headwater branch, and would warrant a higher RFI. Additionally, certain tributaries are more susceptible to damage from dam placement, based on various qualities such as sediment composition, resident species and flow rates. Map showing the effects of dams on the rivers around the world. (Credit: McGill University)

A second index, the river regulation index, quantifies how much of a river’s water can be stored in reservoirs. This number gives insight into how a river’s flow regime is affected by dam placement. Together, the RFI and RRI allow the researchers to grade the impact of any given dam, existing or planned.

The indices developed by the McGill University team couldn’t exist without comprehensive data on dams worldwide, but that information isn’t easy to come by. Working across borders — all borders, in this case — is hard enough when the precise coordinates of rivers and dams vary depending on which country you query. And plans for future dams are often regarded as matters of national security, so asking for them nicely isn’t always helpful. The researchers instead relied on their own ingenuity, and aid from like-minded individuals at universities around the world to put the map together.

“The main ingredient for this study is a very high-resolution global river network, one we produced ourselves that comes from satellite imagery,” Lehner said. They also incorporated a dam database compiled by 14 international universities and research groups, and future dam plans acquired by the Leibniz-Institute of Freshwater Ecology and Inland Fisheries in Berlin. Map showing the effects of dams on the western hemisphere. (Credit: McGill University)

There are remarkably few large rivers left on Earth that are not fragmented by dams, including the Amazon, the Mekong and the Amur in Russia. But with many plans for new dams in the Mekong Basin, for example, the fate of its now-bountiful fisheries remains unclear. But minimization and optimization, rather than total elimination of dams, is probably the best course of action going forward, Lehner said. Optimizing existing dams could “make it redundant to build new ones,” and a strategic planning approach that looks at the combined effects of all dams in a basin, rather than simply building them one by one, could spare tributaries from hasty, unnecessary installations.

“We don’t have simple solutions, but I think we can do better planning overall,” Lehner said. “That might be the compromise: There may be need for new ones, but we have to find the best places and operating rules for them.”

Planning on that level will require better monitoring of rivers before and after dam placement, so that managers will have a broader understanding of what’s at stake. And that’s quite a lot, Lehner said.

“Dams are built, on one hand, to get more usage out of a river, but we have to realize that these negative side effects often counter that [usefulness],” Lehner said. “These ecosystems all have a value. That’s, in the end, what we’re interested in.”

“Ecosystem deterioration, I think, is only a starting point for what we can expect,” he said.