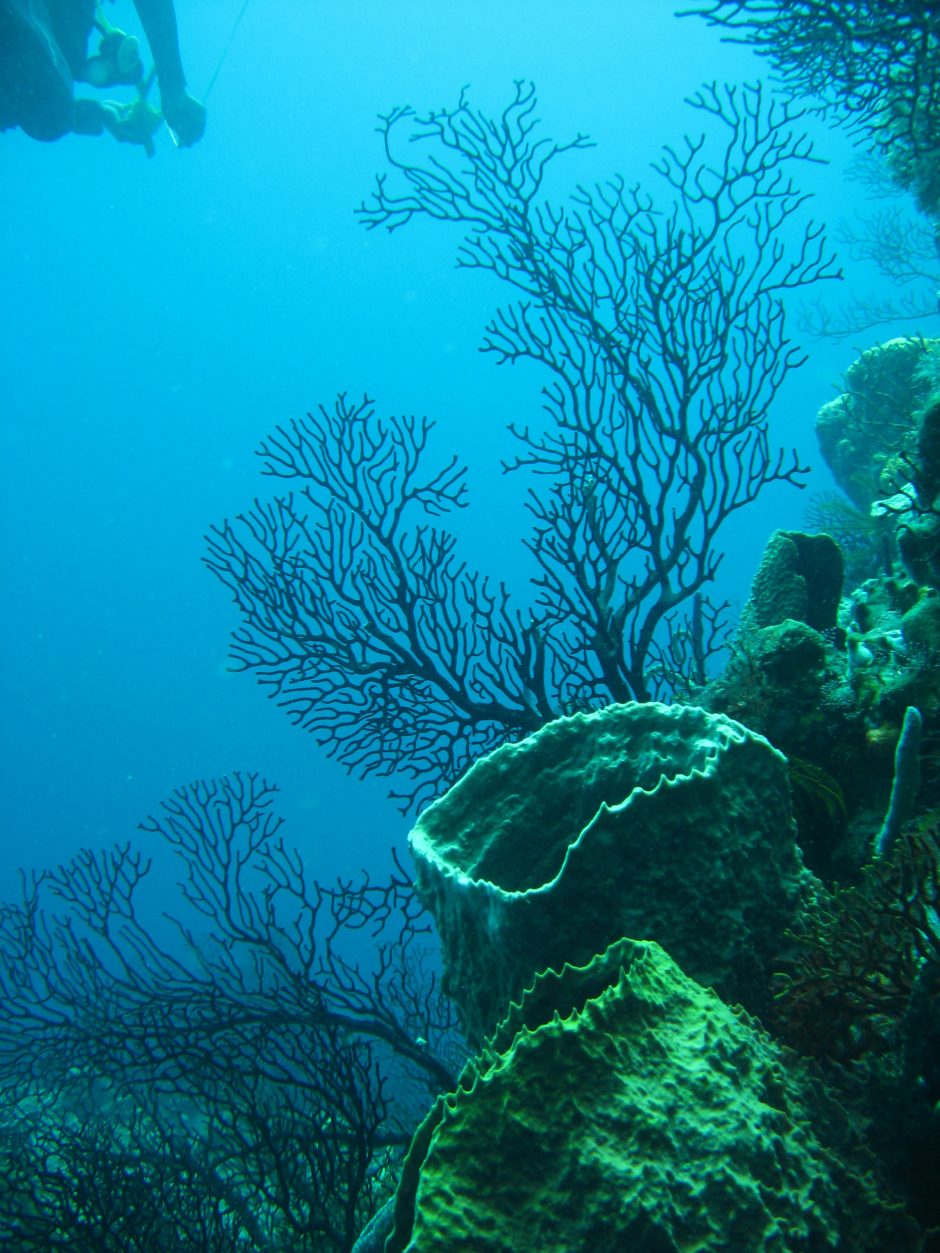 The idea that designating Marine Protected Areas (MPAs) can help preserve coral reefs has been contested in the past. This is predictable, given that strict protections on a marine area mean less fishing options for local people and businesses. Furthermore, as coral reefs continue to exhibit signs of stress and, in some cases, die off completely, it’s easy to assume that the MPA, as an element of a management strategy, just isn’t working.

However, new, painstaking research across 700 kilometers of the eastern Caribbean confirms that MPAs can in fact help coral reefs. University of Maine professor of marine biology Robert Steneck has dedicated decades to the study of coral reefs. Dr. Steneck led the research team in this case.

“I’ve been studying coral reef herbivores and seaweed for decades, and more recently I’ve focused on how baby corals get started on reefs,” explains Dr. Steneck. “Much of my past work was in Mexico, Belize, Guatemala, and Honduras. The patterns looked clear. If herbivorous fishes such as parrotfish were in low abundance, seaweed increased and juvenile corals declined: bad news for coral reefs. This seemed to be straightforward, but skeptics kept insisting that nutrients in runoff from the Honduran highlands were impossible to discount as the sole driver of algal abundance. We had some extremely carefully controlled experiments published, but the skeptics remained….well, skeptical.”

This skepticism fueled resistance to more aggressive protection strategies, and that problem inspired this latest study.

The right data answers the question

To determine whether runoff was indeed driving coral reef decline, Dr. Steneck and the team needed to find the right location.

“I needed a string of isolated islands not affected by terrestrial runoff and the associated nutrients; that’s when I thought the study needed to be conducted in the eastern Caribbean,” details Dr. Steneck. “The Equatorial Current and Trade Winds mean there is almost no connectivity between adjacent islands (i.e. they are perfect independent replicates). I studied windward sides of low islands. Most of the islands have no rivers so any difference must be from what is happening on the coral reef proper (with modest or no impacts from the adjacent land). It is also important to note that many of the islands are different nationalities with different economies and cultures. Thus my study was a culturally-randomized set of replicate islands. From my perspective, this design was as close to a robust experimental design as one can get in a large social-ecological marine system. As a result, the mixture of cultures and economies helps isolate the key driving variables resulting from fisheries management.” 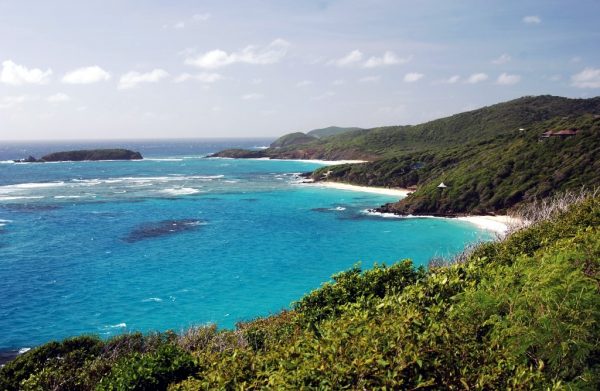 3 beaches on the eastside of Mustique. (Credit: via Wikimedia Commons, https://commons.wikimedia.org/wiki/File:Mustiquebeaches.jpg.)

They also needed to distinguish between different kinds of protection defining various MPAs.

“It is important to note that MPAs are any marine area under any sort of protection,” clarifies Dr. Steneck. “I focused on the most extreme type of MPAs: no-take reserves where fishing is entirely banned. Invariably, fish biomass increases in areas where fishing had been intense but then stopped via protection. However, it is fair to say the vast majority of MPAs are only ‘paper parks’ or parks on paper only without any real protection.”

This distinction was important, and the focus on the more strictly protected areas away from land runoff turned out to be the ideal choice. The team found that local fisheries management enabled a 62 percent increase in young corals’ density, a factor which assists the ecosystem in recovering from major impacts like coral bleaching and hurricanes.

“Many studies have measured the wrong things,” Dr. Steneck describes. “For example, some researchers studied large tracts of the Caribbean and simply quantified the abundance of parrotfish relative to the abundance of algae and found a poor relationship. That is in part because some areas are what we call ‘pavements’ dominated by sand over flat hard substrates have little algae and few herbivores. The studies were not careful to study similar coral reefs in similar ways. It is better to include the species and size of parrotfish grazing relative to the surface area of the coral reefs. When one makes measurements of those factors the linkage between the management action and the capacity of the reefs to recover improves sharply.”

This matters. The MPAs that are, as Dr. Steneck calls them, ‘paper parks’ without enforcement, are sometimes under naturally low fishing pressure; when this is true, protection has little or no impact on reefs.

“It is important to note that most Caribbean fisheries target carnivores such as snappers and groupers,” adds Dr. Steneck. “However, our study (and others) suggest that herbivorous fishes such as parrotfish become targets when the carnivores have been over-fished. When parrotfish decline from fishing pressure on them, the rates of herbivory on the reef decline and that triggers the growth and abundance of harmful seaweed.”

The bottom line is that coral reefs are too complex to use simple, widely available data that applies to all of them to analyze how they respond to MPAs. More detailed measurements yield much deeper insights. 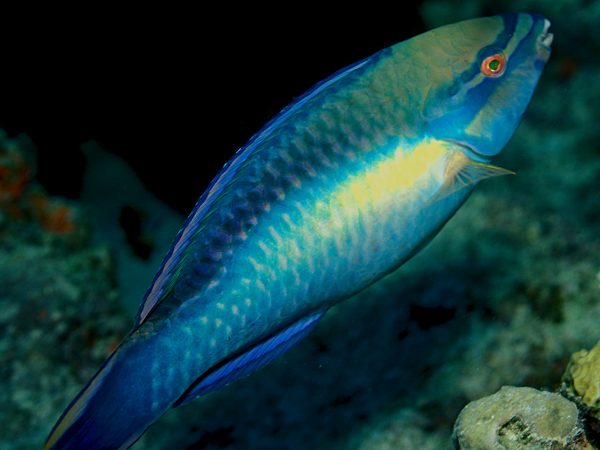 To get a deeper insight into the impacts of reef management, Dr. Steneck interviewed the managers of each of the coral reefs studied.

“They were honest with me,” states Dr. Steneck. “I learned that in Antigua so much of the federal budget goes to salaries, that there is almost no funding for boats, fuel or signs indicating the location of MPAs. I had considerable time at each site to observe fishing and talk to members of the local fishing community. During my eight-month study, we found areas where illegal fishing was going on (sometimes with gill nets, sometimes with unmarked fish traps).”

The team found that areas with tight protection and frequent patrols also had much more success with their MPAs.

“In Mustique, the security force constantly patrols the shore for the protection of Mick Jagger and other jet-setters who live on that tiny island, but the security force patrols keep fishers away,” explains Dr. Steneck. “In Tobago Cay Marine Park, I saw the highest density of conch that I’ve seen in the 46 years I’ve been studying coral reefs in the Caribbean. Conch are so easy to gather that I took that observation to be evidence of little to no poaching. St Croix requires any boat in the Buck Island National Monument be permitted to be there. The park sends chase boats if anyone unregistered shows up at that island reserve. I could go on but I only used data from confirmed no-take reserves.”

Dr. Steneck is careful to clarify that there is no single solution for managing any ecosystem, coral reefs least of all. And while climate change is itself fueling many dangerous problems for coral reefs, local management measures can still improve their overall condition.

“I think it is important to know that we simply used MPAs as a means of controlling herbivore abundance in large stretches of coral reefs,” asserts Dr. Steneck. “The experiment points the way towards a more surgical way to manage coral reefs. That is, if the harvest of parrotfish is banned and enforced, harmful seaweed will likely be lower and the abundance of juvenile corals will likely be greater. So it is not essential to ban all fishing over the vast coral reefs, just find ways to protect the herbivorous parrotfish and the coral reef will be nudged towards one that is a bit more resilient than it would have been without any effective control on fishing.”

Helping coral reefs survive this century will demand a holistic approach. Well-conceived MPAs can’t solve the whole problem, but they do help relieve some of the effects of climate change.

Dr. Steneck remarks, “Local management works, but only to ‘buy time.’ We must find ways to curb emissions.”