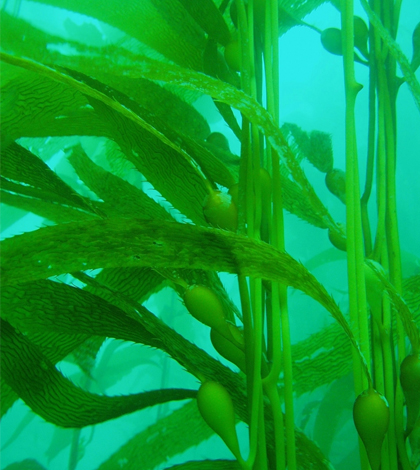 Over the course of a decade beginning in 2003, scientists with the University of California, Santa Barbara, went scuba diving every summer in the Channel Islands. They had some fun along the way, but the excursions had a serious side, as each dive involved assessing fish populations in seven marine protected areas (MPAs) around the island chain.

The work looked to document how fish biomass and density in and around the Channel Islands responded to the protected areas, which were established in 2003. Divers used visual inspection and analysis techniques to assess the size and length of fishes that they saw around 40 dive locations, filling their measurements while amassing a dataset that spans a decade.

“We look at the whole communities that live in the nearshore, rocky habitats. Within those habitats, we count all the species of fish,” said Jenn Casselle, research biologist at the university’s Marine Science Institute. She is the lead author of a study detailing effects the marine protected areas have had on fish populations, biomass and density. “These are data on fish biomass over time, essentially the total weight of a species, how many are there and their sizes, inside and outside of the MPAs.”

Five years after the study began, in 2008, things were looking good. Casselle and others were finding that the MPAs were likely enhancing ecological communities. But not enough data had been collected to enable them to confidently gauge long-term changes.

But nowadays, after an additional five years of research, their open-access study published in the journal Scientific Reports can be used as proof that the Channel Islands Marine Protected Areas have brought about good things for fish off of California’s coast. The biomass of fish has gone up in the MPAs, Casselle says, which was an expectation researchers had going into the work. “We looked at trends over time, a 10-year dataset, and the biomass of fish specifically targeted by fishing has increased over time. And that doesn’t surprise me, because there are thousands of (scientific) papers out there that say if you remove fishing that fish will get bigger and more numerous,” said Casselle. “But the biomass increased outside of the MPAs as well. It didn’t increase as fast, but it did not decrease as dramatically as some people thought it would.”

One big fear that has gone along with instituting MPAs in the past, Casselle says, is that shutting down fishing in one area will lead to the overfishing of other areas and eventual decimation of fish stocks within them. What the study’s findings do is cast doubt on those fears and hint that marine protected areas may actually help fish that don’t even live in them. That is a “reassuring, interesting and novel” finding, she says.

Casselle is careful to assign a clear reason as to why that finding came about, but she and other researchers involved have a few guesses. For one, it could be that some of the extra fish in the MPAs are “spilling over” into areas surrounding them. Or maybe fishing in the area has just become less popular.

“It could also be that there are just great environmental conditions right now despite fishing on the outside,” said Casselle. “But I believe it’s a combination of all those things. I’m not attributing it only to spillover. That’s not right.”

As for how the results of the work can be used, Casselle envisions the findings informing future management and monitoring efforts in other California marine protected areas. There is a large network of state-managed MPAs, she says, that could benefit from them.

“The Channel Islands are the oldest in the network to undergo adaptive management,” said Casselle. “Hopefully, they can be a harbinger of things to come across the saltwater network.”

The work was completed with help from scientists at the Partnership for Interdisciplinary Studies of Coastal Oceans (PISCO), a long-term program that is dissecting the ecosystems around the California Current. A full-color document explaining the project is published on the PISCO website. Casselle says it’s available to anyone, just like all the data she and her team scuba dived to collect.