Mercury and Lake Levels Rise and Fall Together around Great Lakes 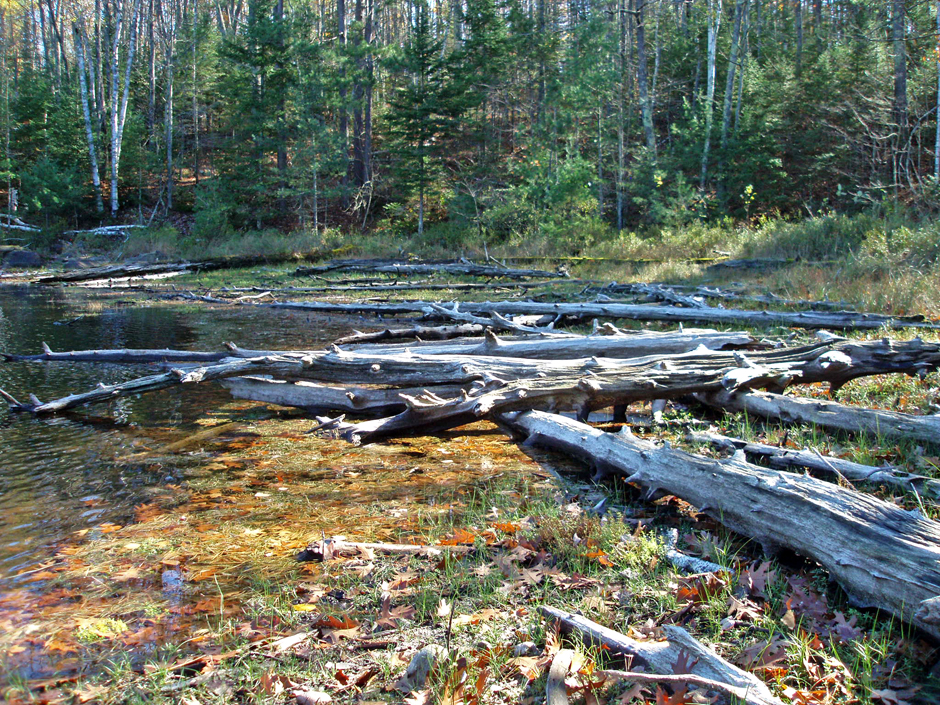 Sometimes the scientific process makes for a great story. Sometimes, like when discovering the relationship between lake levels and mercury levels in fish, it brings a few stories into one.

“It’s really two or three stories wrapped into one, and the wrapping was a bit of a surprise to us,” said Carl Watras, a research scientist at the Wisconsin Department of Natural Resources and the Center for Limnology at the University of Wisconsin—Madison. In January, Watras and a team of researchers published findings in Environmental Science & Technology Letters that related water levels in lakes to mercury levels in walleye and loons.

From the Pacific Ocean to Mercury Levels in Wisconsin

One of those stories is one of cross-continental influence.

Lake levels in the Great Lakes region rise and fall with some regularity. Peaks happen about every thirteen years. It’s a pattern supported by lake level data going back to the 1930s, it’s essentially region-wide, and it’s determined by what happens over half a continent away.

Another story, the newly published one, relied on another long-term monitoring set. This one, a 30-year look at mercury levels in rain, lakes, fish and other environmental media, Watras said.

“We were working on that and the statisticians found an oscillation in the concentration of mercury in fish and in loons that eat fish and it mapped right on to the water level oscillation,” Watras said. “That was a complete surprise.” 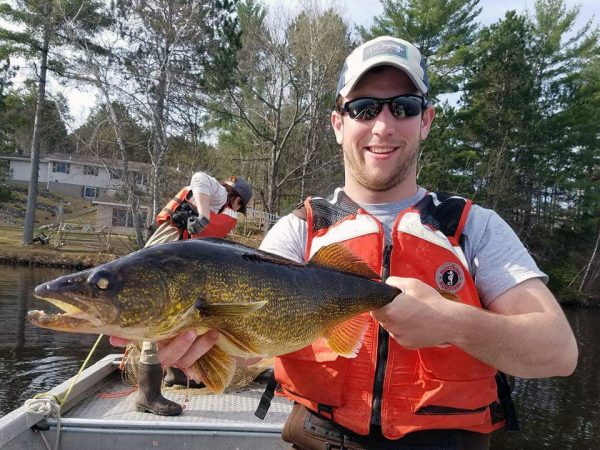 There was no reason to think that water and mercury levels danced to the same beat, Watras said. “We needed a mechanism.”

Mercury bioaccumulation usually starts with methylmercury, a type of mercury produced by bacteria in low-oxygen areas of a lake. The connection from high water to high methylmercury is a process of several steps.

“The vegetation from the forest kind of marches in—if it happens over a long period of time,” Watras said.

When the water comes back up, those plants in the land reclaimed by a rising lake—called a littoral zone—are flooded and drowned.

They become food for bacteria that thrive in oxygen-rich water and decompose. When those bacteria have used up all the oxygen and can no longer survive, bacteria that respire using sulfate—an ingredient of acid rain—take over. These are the bacteria that produce methylmercury. When water levels rise, mercury levels do too.

It was “a very serendipitous series of findings,” Watras said. “There were some big smiles in the room.”

This phenomenon was known to occur in reservoirs, where a newly dammed river drowns a lot of plant life all at once. Canadian researchers noticed it when fish in new reservoirs had high mercury levels, posing a threat to First Nations people who relied on the fish. 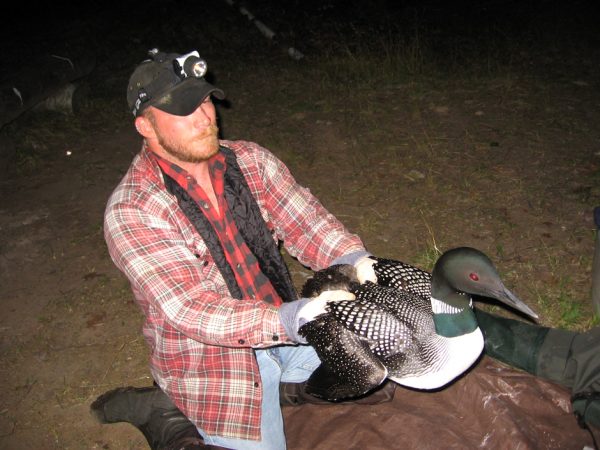 A Wisconsin Department of Natural Resources employee prepares to test a loon’s mercury levels before releasing it back into the wild. (Photo courtesy: Mike Meyer)

Watras and his team discovered that the reservoir effect was a natural phenomenon, too.

As a natural phenomenon, it can pose a threat to humans.

The team found that low water can reduce mercury in fish enough to make them safe to eat. High water levels, and the resulting high mercury levels, can make them unsafe.

“It kind of triggers the safe consumption level,” Watras said. “So, yeah, it actually does have implications.”

Those implications could become more important as climate change has uncertain effects on lake levels.

“This is definitely a climate concern,” Watras said. In recent years, the highs have been higher and the lows have been lower. In 2012 and 2013, the Great Lakes region experienced record lows in water level, which have now shot up to near-record highs in 2019 and 2020.

“We don’t know going forward whether the highs and the lows are going to continue to be more amplified or whether things will level off,” Watras said. A few years after worrying inland lakes would disappear, erosion threatens houses on the Great Lakes that were considered safe.

If this is a climate-driven trend, things could get worse for lakes in the region. 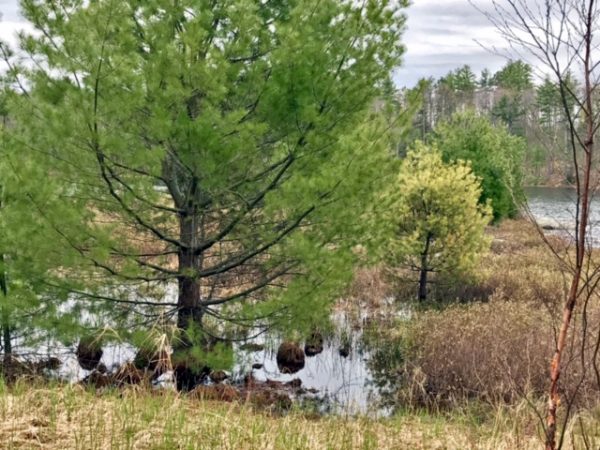 The Value of Long-term Monitoring

Watras thinks it’s likely that mercury levels in loons and walleyes are high now, like the lakes, but the data they have only reached 2014 or 2015, due to the required labor-intensive process.

“It’s such an arduous task to collect fish from hundreds of lakes and homogenize them and it’s very expensive to do the analyses. Those data are still waiting to be produced,” Watras said.

What’s more, thanks to a deemphasis on science in the state, the loon record was interrupted after decades, Watras said. The walleye project continues.

Uncovering this connection has one final implication: it helps justify actions taken in the 1980s to remove mercury and sulfate from coal power plants. Periodic rises in mercury in fish and loons don’t mean the attempts to scrub mercury from emissions were not worth the effort. It helps explain why, despite a steady decrease in sulfur and mercury in precipitation, mercury levels sometimes increase in fish and provide support for taking those actions in the first place, Watras said.

“Things would only be that much worse than they are now,” he said.