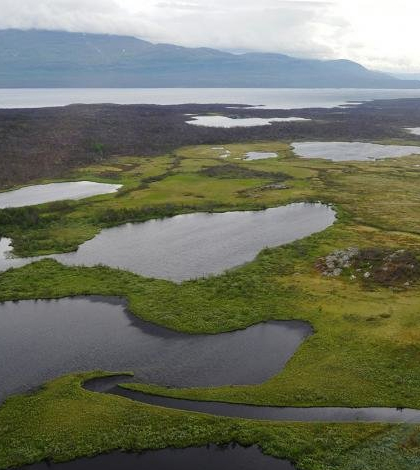 According to a release from Stockholm University, a critical component of global warming is being overlooked by many: methane emissions from climate-sensitive northern lakes and ponds. As larger parts of the northern seasons become ice-free and as permafrost continues to thaw, these bodies of water, which cover large parts of the northern landscape, are expected to emit significantly more methane.

Scientists at the university estimate methane emissions could increase on the order of 20 to 50 percent, which would be a significant addition to the atmosphere. Methane is also more effective than carbon dioxide at trapping heat, causing a greater problem in terms of a feedback loop creating additional climate warming.

Researchers pored over methane emissions data from 733 northern lakes and ponds to gain a more complete understanding of emissions over a very large area and the potential impact on climate. Since methane emissions are expected to occur in northern, climate-sensitive areas due to warming already in progress, the scientists emphasize the need for reducing human-induced warming today to avoid larger increases in methane emissions and climate-related problems all over the globe.