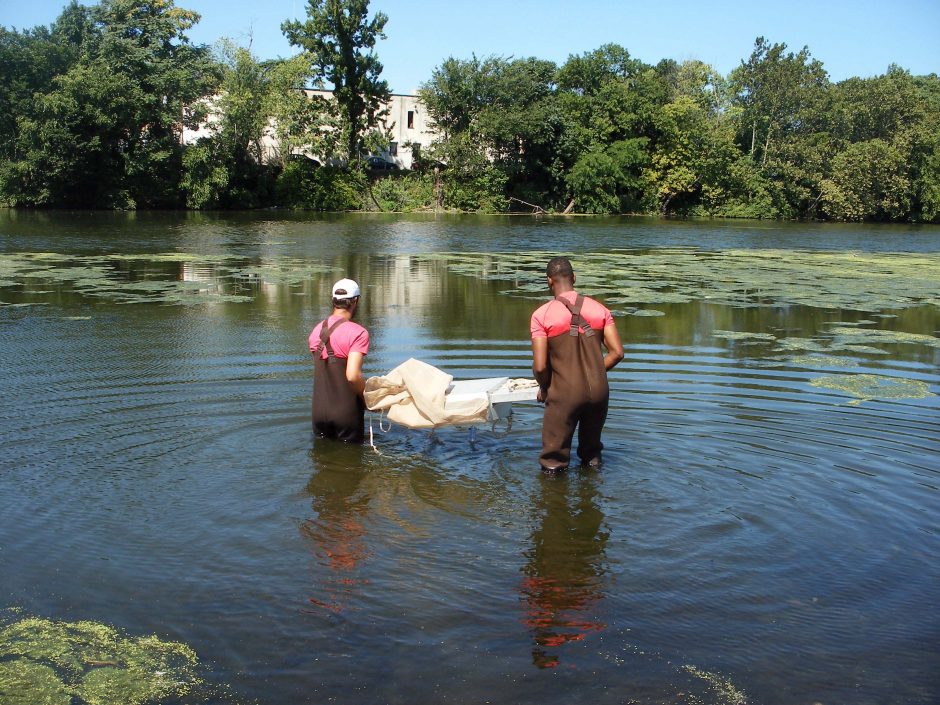 Pulling plastics out of the river. (Credit: From Dr. Ravit, via communication)

A team of researchers from Rutgers University, New Brunswick has found that microplastic particles are polluting the iconic Passaic and Raritan rivers. The recent study reports that the team found more than 300 organic chemical compounds from microplastics in the rivers: 299 compounds in the Passaic, with 255 in the Raritan River and 81 in the Newark and Raritan bays.

These results highlight how serious the microplastics challenge is—and how tricky it is to research, in that “microplastics” really refers to so many different compounds.

The microplastics issue may be far more serious than most people currently perceive it to be, based on these results. Although samples from the Passaic and Raritan rivers had large numbers of compounds in them, there is no reason to assume that the two rivers are unusually full of microplastics. Rather, this appears to be a widespread problem. 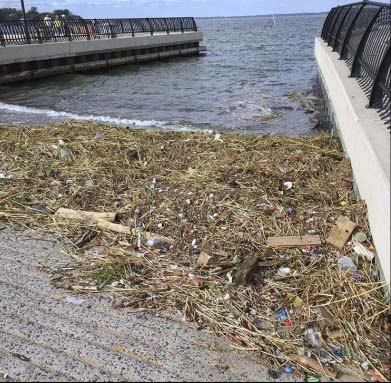 “Researchers seem to be finding microplastics wherever they look,” states Dr. Ravit. “However, there is very little research data related to the environmental risks.”

Researchers are now trying to find the funding necessary to answer questions about the extent of microplastic pollution in waterways, densities of microplastics in water, and the environmental ramifications of their presence.

This study was actually designed to provide proof of a concept, with the end goal being workable methodologies that allow researchers to clarify the association between the presence of microplastics in surface waters and potential environmental risk.

“This project is continuing with our identifying over 300 organic compounds that appear to be sorbed to the plastic particles and also present in the water column (meaning they are mobile),” remarks Dr. Ravit. “Once we identify these compounds, we can then begin to create experiments that can elucidate what environmental risks might be associated with plastics that could be ingested by living organisms.”

The team sampled 10 locations in the Passaic River and 15 locations in the Raritan River. The detected densities range from about 28,000 to more than 3 million plastic particles per square kilometer, although the smallest pieces were not trapped by their nets. 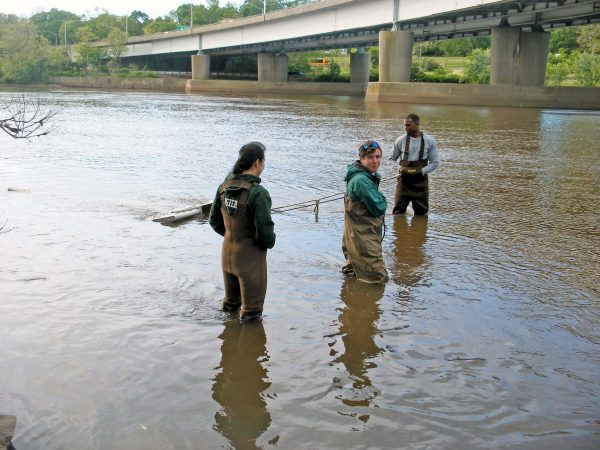 The team at work in the river. (Credit: From Dr. Ravit, via communication)

The team selected sampling locations based on practical concerns: “We chose locations where we could access the rivers—this is incredibly challenging under urban conditions!” adds Dr. Ravit.

Microplastics in which the team recovered most frequently, about 38 percent of the time, were fragments of larger plastic items. Next came polystyrene foam, filaments/fibers, small pellets and film from bags and wrappers that had broken down. Most of the microplastics found, about 71 percent, were smaller than grains of rice, measuring between 1 and 4.5-plus millimeters long.

The team also discovered microplastic densities were 10 times higher in the Passaic River compared to the Raritan River. This could be connected to the extreme urbanization of the Passaic River watershed. According to Dr. Ravit, sources of these microplastics may include stormwater outfalls from industrial and municipal concerns, discharging into waterways.

“There seem to be two issues: the density of the microplastics and their associated compounds,” clarifies Dr. Ravit. “Although Passaic densities are higher, the amount of organics appear to be lower. The Passaic density is also not consistent among the various sampling sites. What is causing the distribution patterns we do not yet know.”

Using pyrolysis together with gas chromatography (Pyr-GC/MS), the team was able to classify the highly specific “fingerprints” of various microplastic particles and the compounds they’re associated with. The team then uses the reference sample library to determine which compounds they’ve detected for any given sample.

“The fingerprints are the result of the CPME GC/MS library search to identify the associated compounds,” details Dr. Ravit. “More samples would need to undergo the Pyr-GC/MS analysis to identify the plastic polymers from the various plastic fragments. We are finding different polymers, depending on the type of plastic particle.”

The meaning of microplastic pollution

Right now, we cannot really know the long-term effects of microplastics on species survival or consuming animals contaminated with them.

“More controlled laboratory research is needed to answer this question,” explains Dr. Ravit. “However, uptake of plastic versus required food/nutrients would not be beneficial for living organisms.” 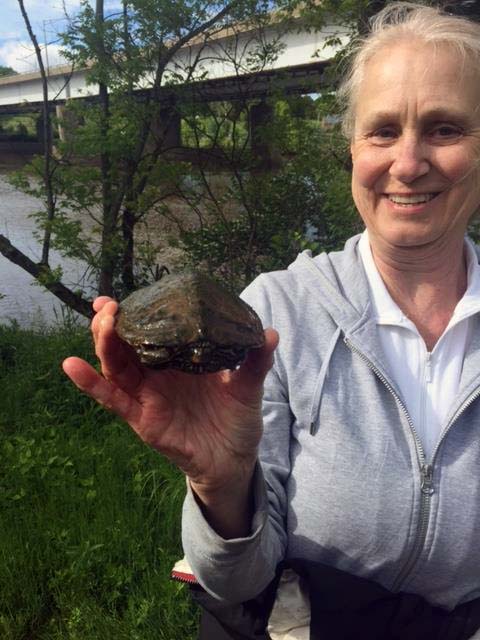 Trawling for microplastics produces a turtle. (Credit: From Dr. Ravit, via communication)

The team is now working on describing the various organic compounds associated with the microplastics they’ve detected.

“We’re hoping to have a second paper out before the end of the year,” adds Dr. Ravit.

Dr. Ravit sees another possible interdisciplinary focus area for the team in the near future.

“An area that needs more study is the interaction of microplastic pollution with water management, both freshwater purification process that produce drinking water and wastewater treatment plant operations,” states Dr. Ravit. “This study will require the expertise of biochemists, toxicologists, engineers and microbiologists.”

Given that the Rutgers team—along with other researchers—are finding microplastics so readily, and have evidence that they are moving through food chains, understanding the associated environmental consequences does indeed seem like an important next step.

Top image: Pulling plastics out of the river. (Credit: From Dr. Ravit, via communication)