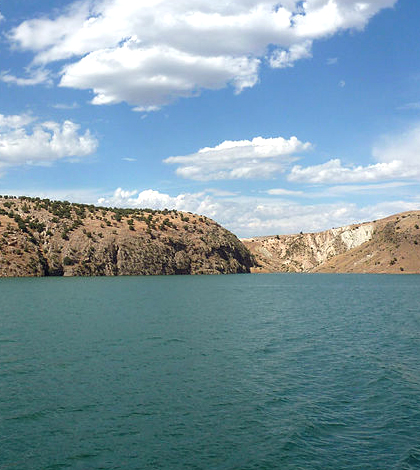 Some of the world’s great empires may have partially been brought down by drought, according to the results of a study led by scientists at the University of Miami. The researchers sampled throughout what was once the Middle East’s Fertile Crescent to make the find.

Scientists at the university were assisted by others at the Virginia Institute of Marine Science (VIMS) in the work that saw them gathering sediment cores nearly 8 meters long in a peat bog near the headwaters of the Tigris and Euphrates Rivers. From there, chemical and geological tracers helped them construct a high-resolution history of precipitation in the region going back to 13,000 years ago.

Changes in the amounts of organic carbon in the cores were important, as higher levels told researchers that plants were growing during certain periods in history. By contrast, lower levels almost certainly meant that conditions were dry and that plant growth was minimal.

By dating the core sections, researchers were able to show eight different major episodes of drought in the Middle East since the last ice age. These coincided with shifts of power from major civilizations to others, they found.

For example, scientists say that their dating techniques confirm the findings of an earlier study suggesting the fall of the Akkadian Empire some 4,200 years ago. The decline of this civilization, which predates the Babylonian Empire, lined up perfectly with a period of high levels of windblown dust. Climate variability during the past 5,000 years as told by the Neor Lake sediment core. The vertical orange bands denote dry and dusty periods, which correlate with historical records of drought and famine (brown and black horizontal bars, respectively) and transitions between ruling dynasties (gray arrows). (Credit: Arash Sharifi / University of Miami Rosenstiel School)

Similar dust layers were found in the cores that coincided with the collapses of other empires: Ur III 3,955 years ago; the Elam empire 2,800 years ago; and the Medes empire 2,500 years ago. Other ancient empires declining during drought conditions include those of the Achaemenids, Partians, Sasanians and the Safavids.

“Our study shows that natural variations in climate have been an important influence on past civilizations and societies,” said Elizabeth Canuel, professor of marine science at VIMS, in a statement. “As a result, we need to think carefully about some of the unintended and unexpected outcomes of anthropogenic climate change such as increased tensions and political instability in regions of the world that are most sensitive and vulnerable to its effects.”

One of those regions is the Middle East, where regional models project that climate change will lead to higher temperatures and more frequent droughts.

“Water scarcity is, and will continue to be, an important concern in the region,” Canuel says in the release. “While there are many reasons for the recent conflict in Syria, there are some who think that a prolonged drought and water scarcity between 2006 and 2011 contributed instability to this region by displacing people from rural, agricultural regions to urban areas.”